The University of South Florida implemented a Safe Zone Training Program to educate community members on being LGBTQ+ allies.

The program includes an appendix with a long glossary of relevant terms.

The University of South Florida (USF) implemented a Safe Zone training program with numerous educational resources for the campus community.

The program is operated through the Office of Multicultural Affairs and “is a four-part training program that educates the USF community on LGBTQ+ identities, policies, and ways to be supportive allies and advocates across campus.”

The program’s appendix includes a "Contract of Commitment" of "allyship" which pledges to not “assume anyone’s gender identity, pronouns, sexual orientation, romantic orientation, or other identities,” “model inclusive language,” and to “speak up, but not over those in the LGBTQ+ community," among others.

It also includes a variety of definitions of terms related to the LGBTQ+ community, including “Heterosexual Privilege” and “Two Spirited.”

Heterosexual privilege is defined as “those benefits derived automatically by being heterosexual that are denied to those of all other sexualities.” Two spirited is “[a] Native American gender identity that exists outside of the gender binary.”

The appendix provided two scripts for educational Bingo games, which would challenge players with trivia questions about the LGBTQ+ community. It also includes links to educational videos on topics including pronouns, “heteronormativity,” and intersex.

“The Problem With Heteronormativity” tells viewers to avoid asking married women what their husband’s name is to avoid misgendering. Instead, the video recommends asking what her “spouse’s name is.”

“After all, you know what they say, when you assume someone's sexuality you make an [a**] out of you and well, really, yourself,” the video claims.

USF has not responded to media requests from Campus Reform. 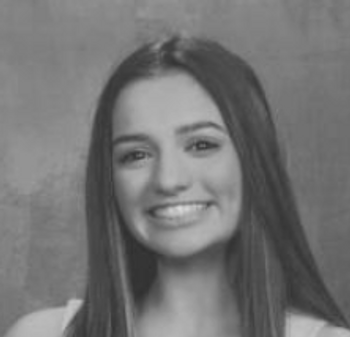 Alyssa Bianchi is a student studying at the University of Tampa with a major in marketing and a minor in dance. She is also a part of college republicans, Network of Enlightened Women, . Alyssa is a military child, who was born in Tampa, Florida. Her family has moved all along the east coast for the past 18 years.