Former collegiate swimmer Riley Gaines spoke at Georgetown University on Monday night about the importance of protecting women’s sports. Her speech was met with protests from students supporting transgender rights during the university’s Transgender Awareness Week.

Gaines, who swam for the University of Kentucky, competed against and tied Lia Thomas in the 200-yard freestyle during the NCAA Women’s Swimming Championship in March. Activists responded with chalked messages in support of the transgender community, one of which read “just swim faster,” a photo obtained by Campus Reform shows. 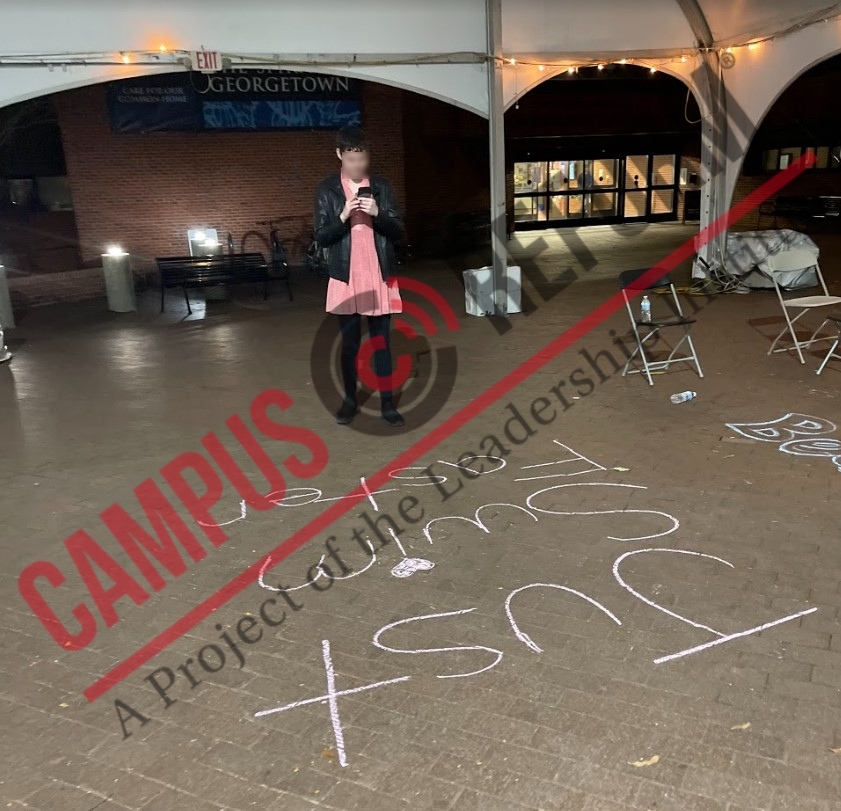 “What a good idea. I’ve never thought to just swim faster,” Gaines joked to Campus Reform. “It shows me that one, They’re insecure with themselves, [and] two, they have no idea what it takes to be a successful athlete and the amount of sacrifices and effort and time that you put in.” 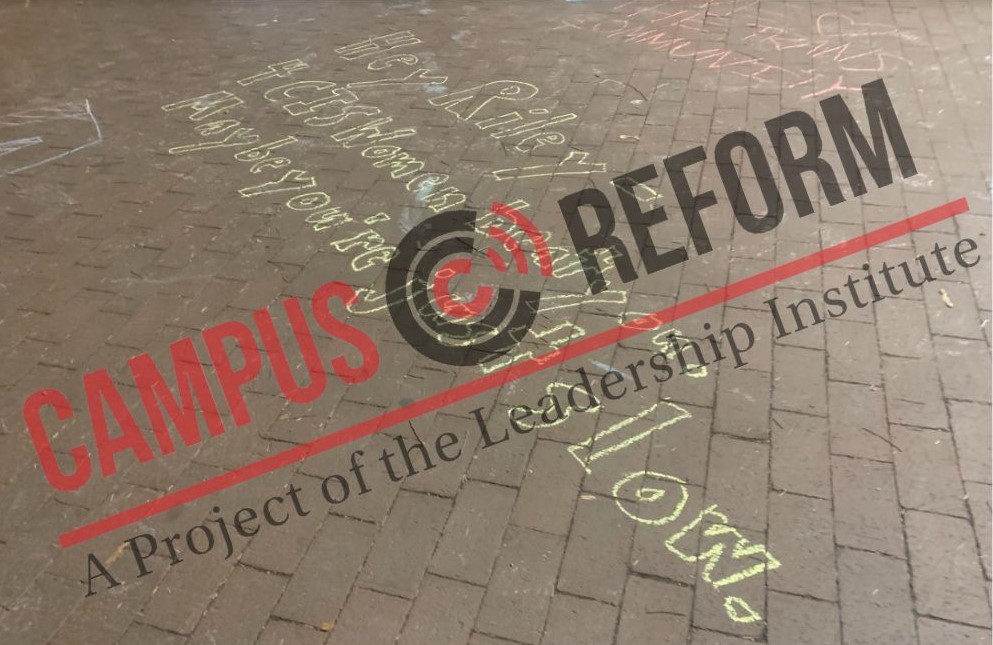 “Trans people belong in sports” and “Let trans athletes play” were also chalked on the ground outside the venue, while another demanded GU “don’t platform transphobes.”

Gaines told Campus Reform that while she has received her share of hate-filled messages since speaking out against men competing in women’s sports, the support is “tenfold to anything negative.”

“I’m good at keeping that into perspective,” she told Campus Reform. “So while people might want to make comments about my appearance or my athletics, or all these other things that aren’t based in science and they’re not based in any sort of logic or reason, it goes right over my head.”

“I’m secure enough with myself that I know what I’m doing is not based out of hate. It’s based out of quite simply ensuring that biological women have equal opportunities,” she continued.

“Hate has no place on our campus. We are stronger when we come together,” the Instagram post read. “The LGBTQ Resource Center seeks to not only gather people together, but to build strong relationships marked by justice.”

Gaines, on the other hand, was hosted by GU’s Network of Enlightened Women chapter to speak about her experience competing against a biological man in women’s sports and her activism to preserve Title IX and women’s sports.

The event was also sponsored by the Leadership Institute, the parent organization of Campus Reform.

Students quickly condemned the event and attempted to stifle recruitment by tearing down flyers, photos obtained by Campus Reform show.

Activists allegedly replaced the NeW chapter’s flyers with ones fundraising for the LGBTQ+ Resource Center. The flyers read “Stand With Our Trans Hoyas” and linked to a website to sponsor a gift to benefit the center.

The funds support “education, programming, [and] support services” for the center to provide a “voice to Georgetown students, faculty, staff, and alumni of all sexual orientations and gender identities,” its website reads.

“Conservative women should be heard on campus and not silenced for presenting a different perspective,” NeW said.

Ethan Hill, who attended the NeW chapter event, told Campus Reform that while he understands the topic is polarizing, he wants to “encourage people… to look a bit more at the data.”

The British Journal of Sports Medicine published an Oct. 4 report which outlined data proving men maintain a physical advantage over women despite hormone treatment. The results showed men retain greater muscle mass and grip strength than women, however also concluded there is not yet enough data to understand long-term effects.

The findings preceded a poll showing that less likely to support a candidate who would allow athletes to compete based on gender identity.

Campus Reform contacted NeW, the chapter, GU, and each organization mentioned for comment. This article will be updated accordingly.