A report by AMCHA, an organization that combats anti-Semitism on college campuses, says that universities’ codes of conduct and harassment policies fail to protect Jewish and pro-Israel students.

Because ‘many university administrators do not consider support for Israel an expression of a Jewish student’s religious beliefs or ethnicity,’ they often treat harassment of these students as ‘free speech.’

Many universities treat anti-Semitic incidents as outside the scope of harassment policies and student codes of conduct, according to a recent report. As a result, the report argues, Jewish students and students who hold pro-Israel views are not adequately protected by university administrations.

Tammi Rossman-Benjamin and Leila Beckwith are the founders of the AMCHA Initiative, the organization that authored the report. AMCHA’s “sole mission is to document, investigate, and combat antisemitism on U.S. college campuses."

“Falling Through the Cracks: How School Policies Deny Jewish Students Equal Protection from Antisemitism" shares an in-depth investigation of anti-Semitism across college campuses. AMCHA studied 100 schools, “which were nearly evenly divided between public (48 schools) and private (52 schools),” according to the report.

AMCHA argues that “university harassment policies and student codes of conduct” are two mechanisms that often fail to provide recourse for Jewish students experiencing anti-Semitism. The problem, the report says, is that universities model the language of these mechanisms after anti-discrimination laws, which only address protected classes.

“While all school harassment policies include ‘religion’ as a protected class, and many also include ‘ethnic origin’ or ‘ethnicity,’ Jewish students who fall victim to harassment motivated by their support for Israel are often not covered by these policies,” the report continues. This, the report says, is because “many university administrators do not consider support for Israel an expression of a Jewish student’s religious beliefs or ethnicity.”

In a phone interview with Campus Reform, Rossman-Benjamin explained how these harassment policies and codes of conduct present a “double whammy.”

The report described commonalities in the harassment that Jewish and pro-Israel students experience. “A recent AMCHA Initiative study revealed that attacks on Jewish student identity—including well-coordinated campaigns of vilification using classic antisemitic tropes of Jewish power, control and privilege carried out by students and professors alike—doubled this year on campuses across the country,” the report says.

“While they direct their bigotry to different audiences, their intended effect is the same: to portray Jews as a threat to the common good, whose malevolent influence must be challenged and neutralized.”

AMCHA maintains a database of the kinds of incidents described in its report. In one recent incident, the CUNY for Palestine group at the City University of New York (CUNY) shared an Instagram post calling for “a change in leadership.” CUNY for Palestine criticized Graduate Center President Robin Garrell for allowing an event, “A Conversation on the Language of the Israeli-Palestinian Conflict.”

A statement on CUNY for Palestine's website says that the “event is the representation of the occupation of Palestine as an ‘even-sided conflict’ that is ‘complicated.’”

“This reinforces Zionist narratives and hegemony in academia by only hosting speakers who have targeted pro-Palestine groups on campuses in the past and sided with surveillance organizations that harass and target such groups,” CUNY for Palestine continued, sharing some of the tropes mentioned in AMCHA’s report. “What we see here is a reproduction of the Western liberal lie of 'two sidesism' that erases the military, economic, media, and global power that Israel has over Palestine.”

When asked about the Instagram post, a Graduate Center spokesperson told Campus Reform that “[t]he CUNY community is home to many organizations whose members speak for themselves and do not represent the views of the University community as a whole.”

“The CUNY Graduate Center will continue to foster civil engagement, tolerance of opposing points of view and open discussion that aims to increase understanding between members of the CUNY community who have deeply held but conflicting positions on polarizing issues.”

Rossman-Benjamin said that university policies treating harassment as “free speech" are “an outrage because it means that students are not equal and they do not have the same equal protections.”

As part of its solution to protect students equally, AMCHA recommends using non-discrimination and anti-bullying policies from Harvard University as a model.

“Policies like these have the best chance of affording Jewish and pro-Israel students who fall victim to anti-Zionist motivated harassment equal and adequate treatment, no matter whether the harassment is deemed to fall under the schools’ harassment policy or anti-bullying policy.”

Campus Reform contacted Northwestern University, Harvard University, and CUNY for Palestine for comment. This article will be updated accordingly. 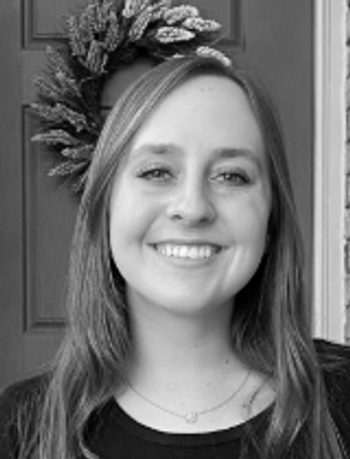 Madison Rehbehn is a junior at Dallas Baptist University in Dallas, Texas. She is majoring in political science. Madison is the Vice President for DBU’s Turning Point USA Chapter that she will be starting with a fellow DBU Patriot. Aside from her school involvement, Madison is mainly involved in serving her church and the community around her. She started working at Rockpointe Church as a summer intern and will continue as a yearly inte...