The signs are meant to focus on the person, not their disability.

The traditional stick-figure in a wheelchair will now lean forward. 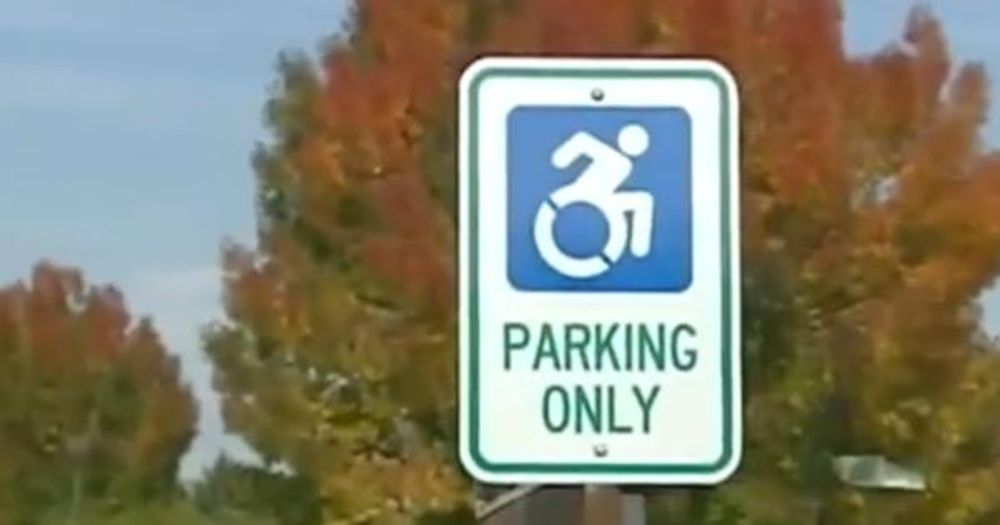 Over the next 18 months, universities across New York will implement politically correct handicapped parking signs with the standard, stationary stick-figure in a wheelchair “[appearing] to be moving forward.”

The project, which began over the summer, will replace the signs for all 64 State University of New York (SUNY) institutions. The new signs, advocates say, will focus on the person, not their disability.

“'Handicap' suggests that there is something wrong with the person. It's kind of a derogatory term,” Michele Carpentier, Assistant Vice President for Student Affairs and Director of Special Programs at State University of New York at Plattsburgh, told WPTZ.

Carpentier says the new signs are “designed to evoke a different tone.”

“They wanted to show that most people with disabling conditions are still active and engaged members of the community.”

In addition to the new icon, Plattsburgh State says it will be changing the wording on the sign from “handicapped” to “reserved.”

“Anytime that you bring to fore a discussion about what's going to be good for the population, and you bring people's awareness to something, there's positive benefits,” said Carpentier.

Malka Edelman, Director of Disability Services Center at SUNY’s Farmingdale State College, told Campus Reform she is “unconditionally supportive of [the] decision to change the image.”

“It’s a good thing. If the community thinks it’s time that we change that image because the image is a sort of stagnant image,” Edelman told Campus Reform. “It assumes that everybody in a wheelchair is the same, well that’s crazy.”

“From a historical perspective when there was no signs...the world was so terribly backwards, [signs] were progress. Now it’s time to move to the next step.”

Officials say taxpayer dollars are not being used to fund the project.