The Board of Trustees approves candidates nominated for the award.

Ho said that if UNC grants Ford the award, it would show that the community "recognize[s] the inordinate courage" Ford displayed when testifying "in front of the world."

UNC professor Jennifer Ho recommended Dr. Ford for a "Distinguished Alumna Award," claiming that she "told the truth" about an encounter she allegedly had with Supreme Court Justice Brett Kavanaugh. 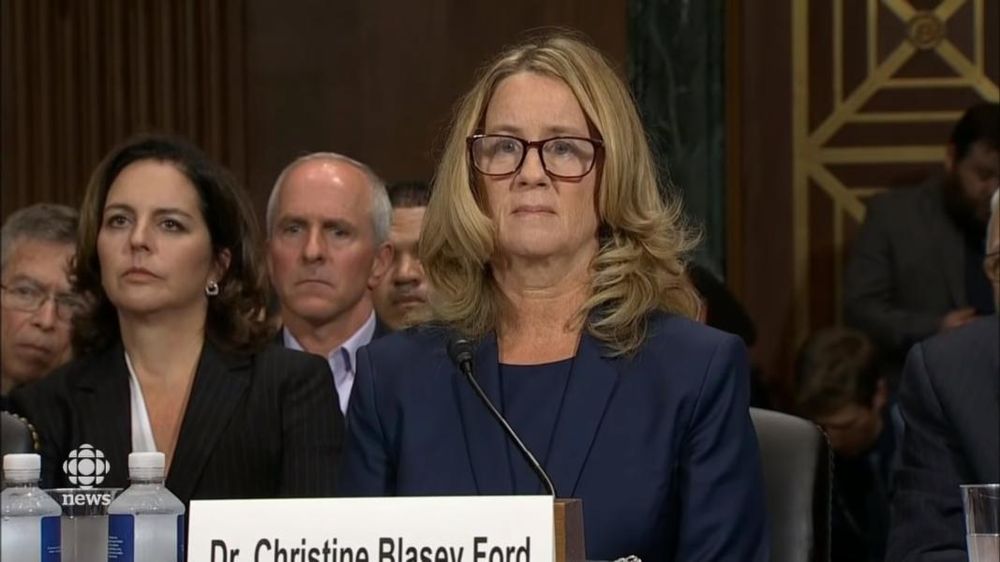 A professor at the University of North Carolina-Chapel Hill nominated Dr. Christine Blasey Ford for one of the school's “Distinguished Alumni Awards,” citing how Ford “told the truth” about an encounter she allegedly had with Supreme Court Justice Brett Kavanaugh.

UNC Chapel Hill English and comparative literature professor Jennifer Ho wrote a letter recommending UNC alum Dr. Ford to receive the award because of her bravery in coming out about her sexual assault “at the hands of Judge Brett Kavanaugh,” according to the Carolina Alumni Review. Ho also circulated a petition encouraging others to sign on to the letter.

“What Dr. Blasey Ford did on September 27, 2018 was something that was extraordinary in how ordinary it was; she told the truth about a sexual assault she experienced when she was fifteen years old at the hands of Judge Brett Kavanaugh,” the letter states. “She made a statement and then answered questions for over three hours in front of a Senate Judiciary Committee with the cameras of the world trained on her.”

Ho, who teaches several English courses at UNC, then says that some people reading the letter could see this as an “example of partisan politics,” which she insists is not the case: "This letter nominating Dr. Blasey Ford is not about partisan politics: it is about recognizing that the simple act of speaking one’s truth, especially when that truth involves sexual assault, is an act of bravery."

Ho says that Dr. Ford’s testimony gave inspiration to people across the country and drove many women to share their stories about sexual assault, emphasizing that Ford's testimony was very well-executed.

“By awarding Dr. Christine Blasey Ford as a distinguished alumna, UNC Chapel Hill sends a message to her, to our students, faculty, and staff, and to the larger community of the US and the world that we believe her - that UNC Chapel Hill believes survivors of sexual assault - and that we recognize the inordinate courage it took for her to take the moral and ethical stand that she did in testifying about her sexual assault experience in front of the world,” Ho explains.

The university gives the UNC Chapel Hill Distinguished Alumna and Alumnus Award annually to up to five alumni of the university.

"Nominations for the Distinguished Alumna and Alumnus Award may be made by any member of the faculty to the Committee on Honorary Degrees and Special Awards, who make recommendations to the Faculty Council and Board of Trustees for their final approval," a UNC spokesperson told Campus Reform,  adding that the 2018 Distinguished Alumna and Alumnus Awards have already been awarded and that Monday is the deadline to nominate for a 2019 award.

Recipients of the 2019 award will be announced in October 2019. The award description states that the “nominee has made an outstanding contribution to humanity in any walk of life."

UNC-Chapel Hill College Republicans President Magdalene Horzempa disagreed that Dr. Ford has made such a contribution to humanity.

“Dr. Christine Blasey Ford, in my opinion, was used by the Democratic Party as a political pawn,” Horzempa told Campus Reform. “Because Kavanaugh has such a shining and exemplary legal history, the Democratic Party chose to attack him not as a lawyer, but as a person and began to question his character in his person life. If anything, Dr. Ford showed that the Democratic Party is willing to go above and beyond when it comes to slandering the Republican Party and all that comes out of it.”

Horzempa asserted that Dr. Ford, in fact, has “made humanity take a step backward."

“Dr. Ford and the Democratic Party full of ‘#BelieveHer’ protesters manipulated the judicial nature of our country where one is innocent until proven guilty because in this case, Kavanaugh was deemed guilty until he was proven innocent,” the College Republicans president said.

Ho did not return a request for comment from Campus Reform.