One detained after protesters crash on-campus debate at Pitt

At least one protester was detained Wednesday night after a group of students interrupted a debate between the Heritage Foundation and the Cato Institute at the University of Pittsburgh.

According to The Pitt Maverick, the protesters began making loud noises and playing the kazoo about 15 minutes after the start of the debate, which was hosted by the Pitt College Republicans and Students for Liberty.

The protesters began making loud noises and playing the kazoo about 15 minutes after the start of the debate.

The newspaper also reported that the demonstrators wore party hats, held pro-immigration signs, and were agitated by the use of the term “illegal immigrant” during the event.

A live video stream of the event captured a protester heckling one of the debaters, urging him to use the term “undocumented” when referring to illegals.

After the protesters refused to leave the venue, the police proceeded to detain one of the students allegedly involved in the disruption.The demonstrators then proceeded to follow the detained student outside while chanting “all cops are bastards!” and “let her go!” 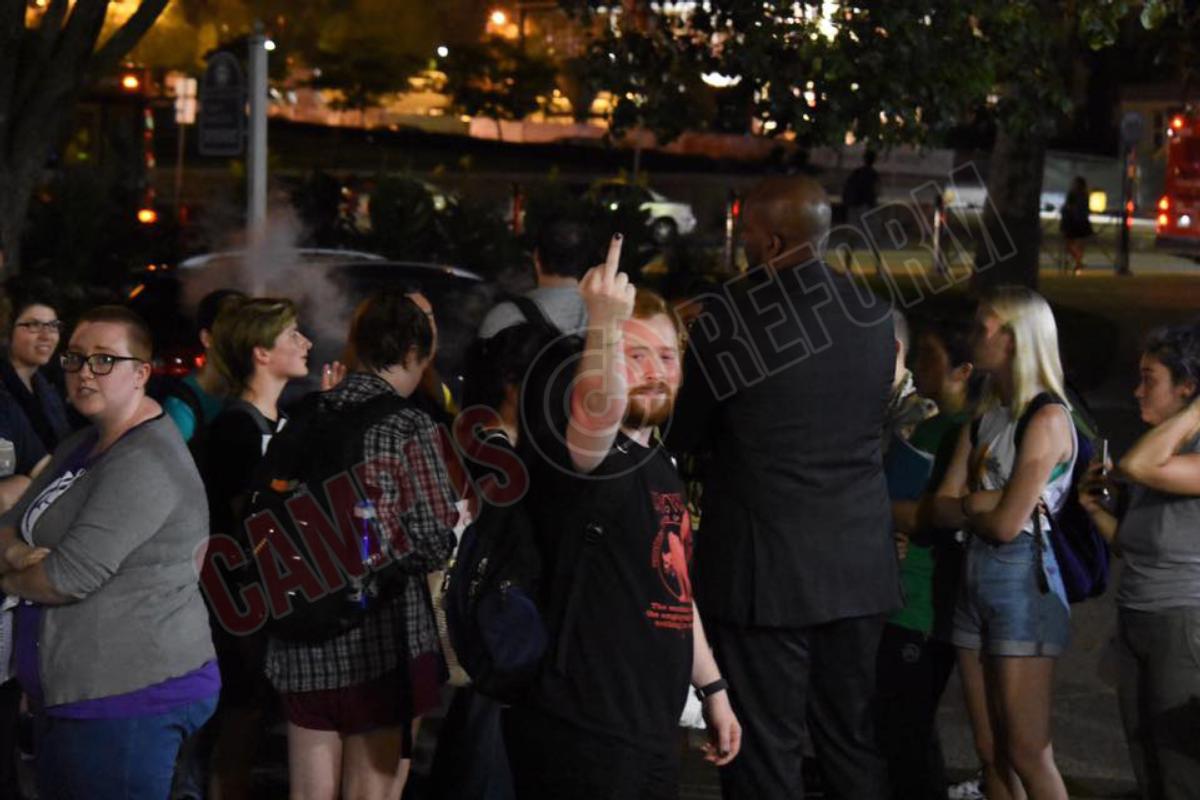 The organizers of the debate told Campus Reform that the event cost outside organizations approximately $11,000 with an additional $500 in security fees that were imposed by the university.

Marlo Safi, the President of the College Republicans chapter on campus, also told Campus Reform that some of the protesters “are repeat offenders” and have previously disrupted the club’s activities.

According to the Maverick, several students also reported vandalism around campus, including damages to the school’s mascot statue “The Pitt Panther.”