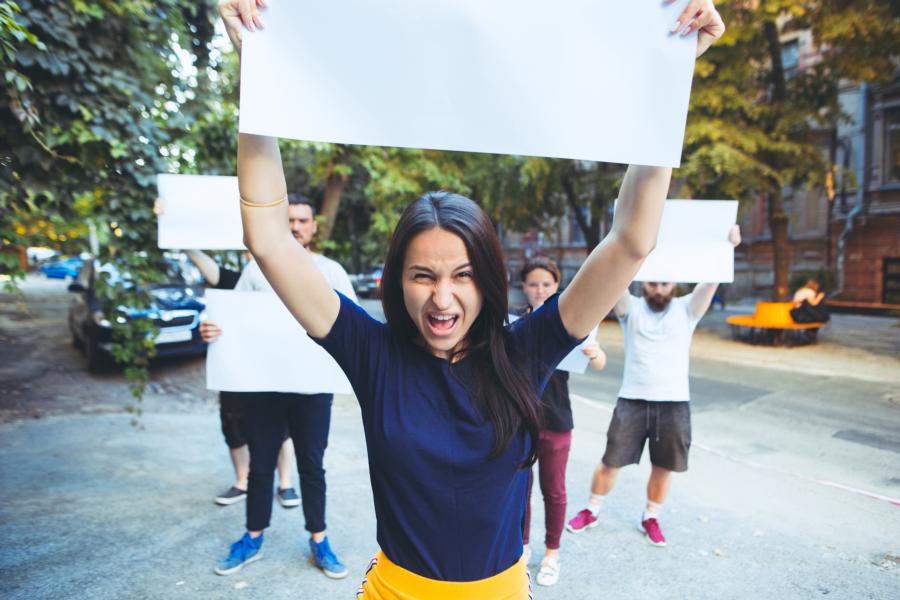 The University of Chicago did not respond to a student union’s request for recognition, prompting students to protest.

Graduate Students United (GSU), an unrecognized student union at the University of Chicago, held a protest on campus earlier in October, demanding recognition from the university, according to the Chicago Reader. The group of student teachers and researchers sought to highlight topics such as wage rates, health coverage, and discrimination protections for graduate students.

“I don't give a good goddamn what Robert Zimmer says!” he shouted. “You are a union!”

UC graduate students voted in 2017 to form the Graduate Students Union. However, the National Labor Relations Board (NLRB), which has new conservative appointees under President Donald Trump, denied its request to become a federally recognized union. Therefore, the University is not obligated to recognize the group.

The school’s dean, John W. Boyer, warned the group through email that a protest "would have the effect of disrupting the learning of undergraduate students," according to the Chicago Reader. Despite the warning, however, hundreds of GSU members and supporters walked out of class, demanding union recognition anyway. Protesters then marched to the nearby Neubauer Collegium building where they believed university President Robert Zimmer was located.

[RELATED: UChicago reminds freshmen that it doesn't do safe spaces]

The school’s student newspaper, the Chicago Maroon, posted a video on its Facebook page highlighting the protest.

“This administration still wishes that we would just sit down and shut up,” Pascal Brixel, a graduate student in the humanities division, said at the gathering.

“Over 600 graduate workers and a hundred allied members of the University community have shown up to demonstrate our growing power,” Natalia Piland, a graduate student in the biological sciences division, added.

“I don't give a good goddamn what Robert Zimmer says!” he shouted. “You are a union!”

“Graduate workers - the backbone of this University,” Claudio Gonzalez, GSU’s co-president for bargaining, told the Chicago Maroon. He continued: “Our working conditions are [the undergraduate students’] learning conditions, and we’re not going to stop. We’re going to organize until we win.”