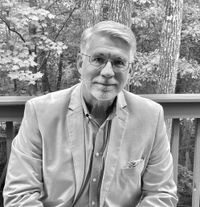 Rob Jenkins is a Higher Education Fellow with Campus Reform and a tenured associate professor of English at Georgia State University - Perimeter College. In a career spanning more than three decades at five different institutions, he has served as a head men’s basketball coach, an athletic director, a department chair, and an academic dean, as well as a faculty member. He has won multiple awards for his coaching and teaching, including the NJCAA Region VIII Coach of the Year in 1995 and 1999 and the Suanne Davis Roueche Distinguished Lecturer Award, presented by the National Institute for Staff and Organizational Development (NISOD) in 2020. He has written hundreds of articles for national publications like The Chronicle of Higher Education, Deseret News Online, Academic Leader, The Teaching Professor, The James G. Martin Center blog, Townhall, PJ Media, and American Thinker. He is also the author or co-author of six books, including Family Man, The 9 Virtues of Exceptional Leaders, Welcome to My Classroom, and his latest, Think Better, Write Better. Rob has spoken on dozens of college campuses across the nation and has keynoted several major conferences. He currently lives in Lawrenceville, Georgia, a suburb of Atlanta, with Bonnie, his wife of 39 years. Together they have four adult children—all college graduates, including three with advanced degrees—and six grandchildren (so far). You can follow Rob on Twitter @profontheright and on GETTR @rjenkinsgdp.

PROF. JENKINS: The reasons why DEI is a costly failure
DEI programs promote the opposite of what they claim. Through faculty 'diversity statements,' de facto racial quota…
Jan 29, 2023

PROF. JENKINS: DeSantis makes Florida where DEI goes to d-i-e
Governor Ron DeSantis elicited howls of indignation from the woke Left when he recently demanded an accounting of u…
Jan 12, 2023

PROF. JENKINS: My message to college students: Get married, have children
That will be good for you, as multiple studies show married people are happier than single folks. It’s good for chi…
Dec 23, 2022

PROF JENKINS: Students have no right not to be offended
Being offended is a choice. Others can say what they want; you have no control over that. What you can control, how…
Nov 30, 2022

PROF. JENKINS: 'Hate speech' is free speech
Opinions can indeed be mean-spirited, but facts are by definition neutral. Simply pointing out something undeniably…
Nov 1, 2022

PROF. JENKINS: 'The academic left’s war on merit'
According to a recent report from Campus Reform, over 1800 U.S. colleges and universities no longer require entranc…
Sep 23, 2022

JENKINS: 'Equity' sounds good, but it's actually a bad thing
Equity, which is not the same as equality, is an unjust, Marxist-inspired, redistributionist concept that is antith…
Jul 31, 2022