Stanford's Anscombe Society had funding for its conservative conference withdrawn by the graduate student council at the behest of LGBT groups.

The university told the Anscombe Society that they could still hold an event if they paid a $5,600 security fee.

Stanford now says it will foot the bill for security. 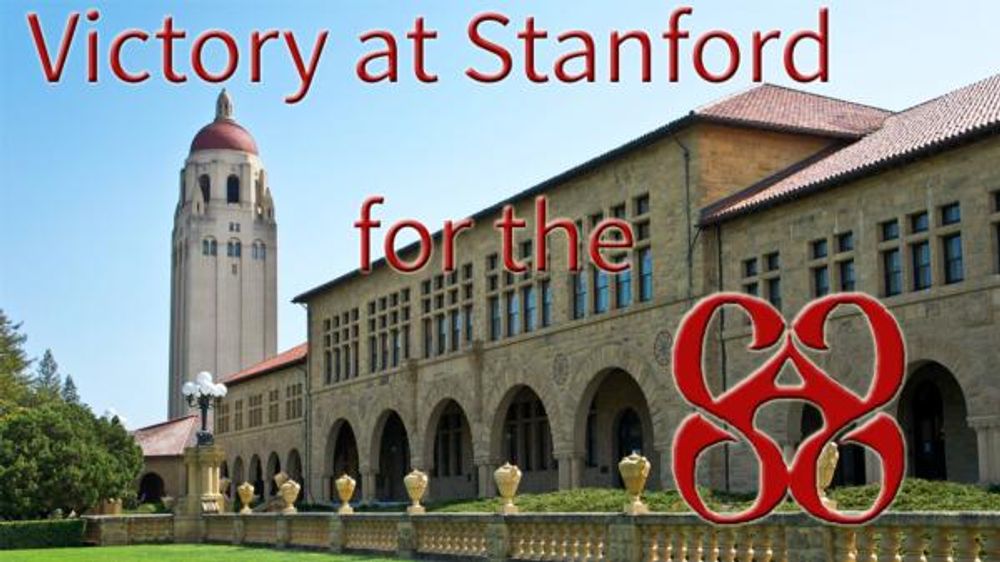 Stanford University has “found the funds” to pay for a 10-person security detail for a student organization’s upcoming conservative conference after initially asking the group to front thousands of dollars just two weeks prior to the event.

Between a last minute retraction of funding and imposing security fees, the monetary hits just kept coming for Stanford’s Anscombe Society (SAS). After being denied funding by the Graduate Student Council (GSC) to help cover the cost of the group’s conference, Stanford decided to propose a $5,600 security fee in light of the back-and-forth controversy between SAS and several LGBT student groups. The fee will cover 10 security personnel for the entirety of the day at which 120 guests are expected, according to SAS.

“The goal is to support free speech, not inhibit it, by providing a safe environment for individuals to express their views rather than simply responding to a disruption after the fact.”

“Hi everyone. Found more funds to subsidize the full cost of the security,” the university apparently told SAS after letters from the student organization as well as the Foundation for Individual Rights in Education (FIRE) were sent to the university.

Brad Hayward, senior director of strategic communications for the university, told Campus Reform last week that the university will be picking up the security costs for the event.

“By way of context, the university routinely assesses public events on campus to determine what may be needed to ensure there is no disruption to the event nor to nearby activities,” Hayward said. “The goal is to support free speech, not inhibit it, by providing a safe environment for individuals to express their views rather than simply responding to a disruption after the fact.”

Hayward did not comment on whether the alternative event planned by several LGBT groups would have the same security precautions or if the university had planned to pick up the cost of the security personnel from the very beginning.

The SAS, which advocates for “family, marriage and sexual integrity” had previously allocated funding pulled by the GSC in order to host a one-day conference to discuss those issues. After pressure from Stanford’s LGBT student groups, GSC decided to retract the $600, leaving SAS to turn to outside organizations for funds.

“I think that the student government has a right to allocate funding as they seem fit but they obviously went about denying funding in an animus way,” Dr. Robert Oscar Lopez, an associate professor at California State University and one of the conference speakers, told Campus Reform.

Lopez still intends to speak at the “Communicating Values: Marriage, Family & the Media” conference although he does have qualms about the student organizations.

“My biggest concern is for the students with the Anscombe society,” Lopez said. “I want to make sure this doesn’t harm them academically or professionally.”

Lopez was raised by lesbian parents and identifies as queer, but says that he has been “very badly misrepresented by Stanford students.” He plans to speak at the conference on what he calls “the archeology of the American family,” not, in fact, same-sex marriage issues.

“What the incident at Stanford highlights is the importance of strong leadership on campus from students like [SAS president] Judy Romea who refuse to back down when others try to silence them—in this case by defunding their events or placing onerous fees on them,” Ryan Anderson, a William E. Simon Fellow at the Heritage Foundation and conference speaker, told Campus Reform.

“The future of marriage will partly depend on people making the case for what marriage is and why marriage matters. Romea is a model for college students everywhere on what needs to be done going forward to ensure that pro-marriage arguments are made on campus.”