Campus Reform | Conservatives are shut out on college campuses

Conservatives are shut out on college campuses

Few conservatives are invited to serve as commencement speakers at America's top 100 universities.

Conservatives are outliers on college campuses—or at least that’s what statistics indicate.

The University of California at Los Angeles Higher Education Research Institute gathered data in 2010 and 2011 examining the political ideologies of university faculty members nationwide. Based on information from their survey, approximately 63 percent of faculty members identify as liberal or far left, while only about 12 percent identify as conservative or far right.

Furthermore, Young America’s Foundation’s (YAF) annual commencement speakers survey for 2014 showed that out of the top 100 universities in the United States, 43 speakers were liberal while only nine were conservative. Some conservative speakers scheduled to speak at 2014 commencements were shunned—former Secretary of State Condoleeza Rice and International Monetary Fund (IMF) Chief Christine Lagarde both withdrew after protests from liberal groups on campus.

The lack of “intellectual diversity” on these campuses is evident to students. Mallory Carr, a senior at Georgetown University, won first place in the Network of enlightened Women’s 2014 essay contest about this very issue.

“The only dialogues that occur tend to be within the liberal movement rather than engaging truly different opinions,” she explained. “Students also segregate themselves — it’s not uncommon for a liberal college student to not have any conservative friends, limiting the exposure they have to hear anything that could potentially threaten their beliefs,” wrote Carr in her essay.

Carr noted in her essay that “intellectual diversity” is missing from Georgetown’s campus. One example she cited was the pushback that occurred on campus when Ann Coulter was scheduled to speak. According to Carr, some Georgetown students claimed that Coulter should not have been permitted on campus.

But conservative students aren’t the only ones noticing the disparity of ideological representation. Adam Tannenbaum, a self-identified liberal and staff writer for the Tulane Hullabaloo, wrote an opinion article earlier this month addressing the inequality.

“As a liberal who contributes to the point of view that dominates debate on college campuses, I can say first-hand that conservative voices are not only unwelcome at most non-denominational colleges and universities, but conservative viewpoints many times have a difficult time making their way through liberal-dominated classroom discussions,” wrote Tannenbaum.

“When 96% of Ivy League donors prefer one candidate to another, you have to wonder whether students are being exposed to the diversity of views that a great university should offer,” said Bloomberg. “Isn’t the purpose of a university to stir discussion, not silence it?”

The former mayor also noted that, “[i]n the 1950s, the right wing was attempting to repress left-wing ideas. Today, on many campuses, it is liberals trying to repress conservative ideas, even as conservative faculty members are at risk of becoming an endangered species.” 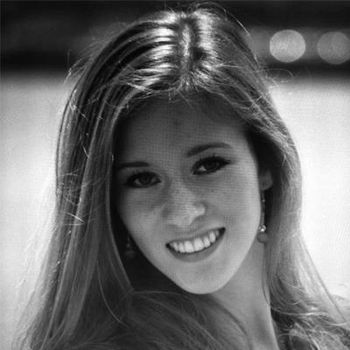 Diana Stancy is an Early Bird Brief Editor at the Military Times. Previously, she was a Breaking News Reporter for the Washington Examiner. Diana was a North Carolina Campus Correspondent, covering liberal bias and abuse for Campus Reform. She is a graduate of Elon University.