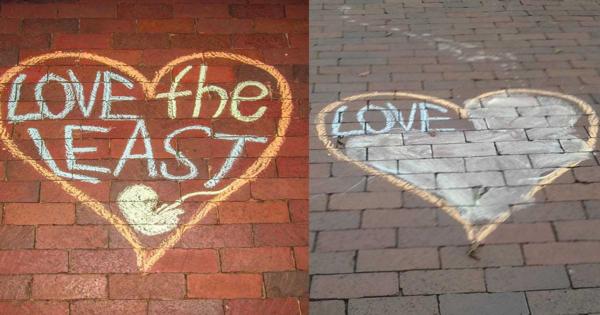 Pro-life chalk messages written on sidewalks at the University of North Carolina-Chapel Hill were erased Wednesday night by a pro-choice group that felt they were “triggering.”

Grace Garner, president of the university’s Carolina Students for Life chapter, told Campus Reform that members of the group had chalked “positive, life-affirming messages” on sidewalks around campus as part of Pro-Life Chalk Day, only to see them erased within a matter of hours.

“We went out at about 7:00, and some of us were out as late as 2:00 in the morning,” Garner recalled, adding that the group is “very sad and distressed about the students who erased the messages.”

Pictures of the chalkings that were provided to Campus Reform depict slogans such as “End the War on Women,” “Life is Beautiful! Everyone Deserves a Chance to Live it,” and “Planned Parenthood Stops 867 Hearts per Day.” Another message gave the phone number to a free, 24/7 pregnancy helpline. 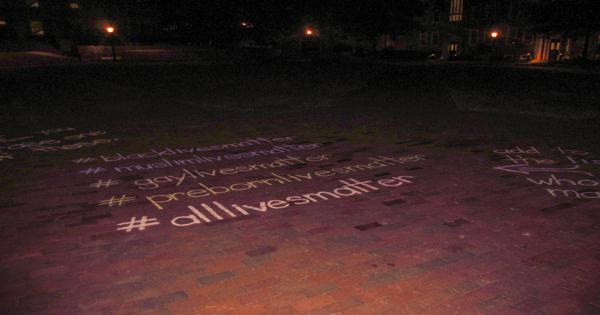 Around 10:00 p.m., a mass email was sent to UNC students by Jennifer Myers, president of the UNC chapter of Students United for Reproductive Justice (SURJ), announcing that she and another member of the group had “mopped up” the chalk messages, and encouraging other students to follow suit. The email has since been reproduced and posted on Facebook with typos corrected.

“Someone or a group of folks has written triggering/problematic/co-opted anti-choice messaging on the bricks all around campus (largely the quad area),” Myers wrote in the email. “If you see someone writing anti-choice and triggering messages and feel safe approaching them, try to engage them in conversation about it. Otherwise plz go HAM on erasing the messages in whatever ways you can.

“This is triggering. This is violence. This is co-optation. This is not okay,” the email continues before closing with a call to “Stay rad (stay rude).” 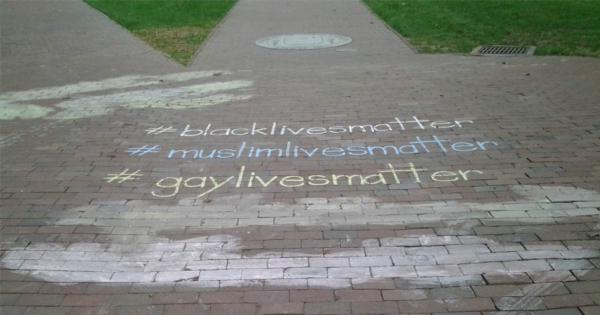 Myers had not responded to an email from Campus Reform requesting an interview for this story at press time.

UNC’s student organization handbook includes a section on chalking, but the only restriction is that students are not allowed to chalk or tape on the walls of buildings or other vertical surfaces. Garner told Campus Reform that “student organizations write chalk messages all the time” without incident.

Garner reports that she and several other Students for Life members have been restoring the messages throughout the day, and that SURJ has remained active as well, even covering one pro-life message with a large poster bearing the slogan “My Body, My Choice,” but said she is not aware of any altercations between the two groups.

Despite her disappointment that SURJ deprived other UNC students of the chance to read the messages—especially the pregnancy hotline number, the erasure of which she found “particularly disturbing” given SURJ’s stated support for “choice”—Garner also sounded a note of magnanimity.

“These messages have to be read,” she explained, “and we feel that those who erased the messages are probably the ones who needed to read them the most.”

Jim Gregory, Director of Media Relations at UNC, confirmed in an email to Campus Reform that "there is no prohibition against writing in chalk on outside sidewalk areas on campus," adding that "groups from across campus routinely express points of view on a range of subjects via chalk messages."