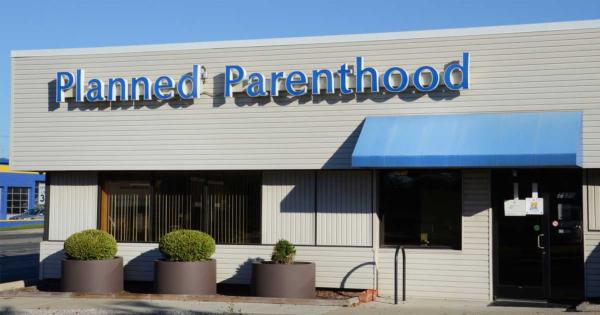 NDSU offers course credit for internships in Women and Gender Studies that “explore career and graduate options in the field of Women’s Studies” but gives students just one choice in the “ Jobs, Internships and Volunteer Opportunities” section of the WGS website: “Planned Parenthood Advocate.”

The university concedes that “some feminists may be militant, butch, angry and/or man-hating.”

According to the university website, both NDSU and the University of North Dakota “offer a (rad) stipend” for students who work as an advocate, which requires them to “get the word out about protecting and advocating for reproductive rights on campuses across North Dakota.” One NDSU student claimed that her work as an Advocate for Planned Parenthood consisted of activities such as handing out condoms and helping people petition Senator Heidi Heitkamp (D) “to support a budget inclusive of Reproductive Health [sic] for women in North Dakota.”

NDSU is also in the third year of its “Reach One Teach One” partnership with Planned Parenthood; a partnership funded through a $1.2 million grant from the federal government. The partnership was originally believed to be in violation of a North Dakota law prohibiting the use of government funds by organizations that perform, refer, or encourage abortions until North Dakota Attorney General Wayne Stenehjem declared the law invalid. The program targets teens between the ages of 14-19 and focuses on topics including birth control, “responsible decision-making,” and HIV/AIDs.

The program was reportedly unable to be implemented at the state’s public schools because North Dakota law requires sex education to be abstinence-focused. Planned Parenthood lists a NDSU email address as the contact for the “Reach One Teach One” program, which it describes as “a peer education program in partnership with North Dakota State University that gives young people an opportunity to learn about real-life issues related to sexuality and then share their knowledge with others.”

NDSU’s Women and Gender Studies program focuses heavily on feminism, which it defines as “the movement for social, political and economic equality of men and women.”

The program includes courses such as “Feminist Theory and Discourse,” “Topics in Feminist Theory,” and “Language Bias.” The university website claims that students in the WGS program will “learn how male privilege and domination has been hurtful to women” but that the program is not “designed” for “male-bashing.”

The university also suggests students become involved in the Women and Gender Studies program by supporting the Ten Percent Society, which has since been renamed as the NDSU Pride Alliance and offers a “safe place to express who you are freely and without judgment.”
NDSU did not respond to Campus Reform’s request for comment in time for publication.