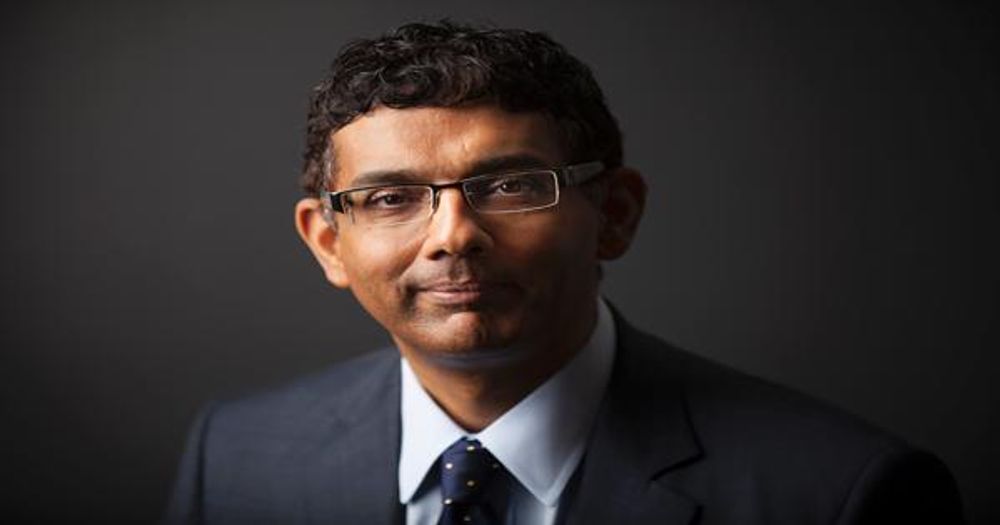 Students at Gonzaga University say they were told that an upcoming lecture by a conservative speaker will not be open to the public because he is “homophobic” and “anti-immigration.”

“I was told that the reason that his speech is not allowed to be open to the public is because … Dinesh D'Souza's beliefs are contradictory to Gonzaga's 'social justice' mission and they do not want the public to question why the school brought him in,” Ben DuBois of the Gonzaga chapter of Young Americans for Freedom told YAF on Monday.

“For example, he is 'homophobic' and 'anti-immigration’,” DuBois said he was informed by Director of Student Involvement Colleen Vandenboom, adding that she also told him that in the course of researching D’Souza, the administrators had deemed him “a 'nasty guy' who is 'way out there' and has been 'caught in many lies in his past.'”

DuBois says he asked to speak directly with the administrators behind the decision—the Dean of Students, Director of Campus Security and Public Safety Scott Snider, and Director of Community and Public Relations Mary Joan Hahn—but that the request was denied.

He also noted that a number of previous events featuring “blatantly liberal subject matter” have been open to the public, including a “Dream Week” in support of illegal immigrant students, lectures on Islamophobia and xenophobia, a pro-Palestinian play, and International Day of Tolerance Celebrations.

“It's pretty clear that only conservatives are closed to the public,” he remarked, adding that when he brought the apparent inconsistency to administrators’ attention, they could only provide one counter-example of a conservative event that was open to the public, and even that took place several years ago.

Gonzaga, however, disputed portions of DuBois’ account in a statement to Campus Reform, confirming that the February 24 event will only be open to students, faculty, and staff, but maintaining that the decision was made in the interest of maintaining decorum on campus, and was fully consistent with past precedent for similar events. The university did not address, either to confirm or deny, any of DuBois’ specific claims regarding the administrators’ personal feelings about D’Souza.

“The parameters of this event are in line with Gonzaga’s longstanding and common practice of balancing a broad spectrum of viewpoints while providing a supportive learning environment,” the statement claims. “Since September of 2013, GU student organizations and clubs have hosted 3,485 events, with 63 percent of those events open only to members of the Gonzaga community.”

“While we are very much a part of the Spokane, Inland Northwest and global communities, our events at their core are intended to advance an exemplary learning community that educates students for lives of leadership and service for the common good,” said Colleen Vandenboom, Ph.D., Assistant Dean of Student Involvement and Leadership. “We strive to invite the public to many student events, but as a practical matter we need to have reasonable limits.”

Vandenboom explained that while “we want to promote discussion and learning,” they wish to do so “in a supportive learning environment,” and that the controversy surrounding D’Souza’s appearance suggested to them that it would be unwise to open the event to the public.

“We’ve heard from those who advocate Mr. D’Souza’s visit with the College Republicans be open to everyone, and we’ve heard from those who believe he should not be allowed on campus,” Vandenboom said. “We believe this approach where members of the University community can hear Mr. D’Souza, ask him questions and have an open dialogue in a supportive setting strikes the right balance—particularly for students.”

Campus Reform was unable to reach DuBois for comment on the university’s response.