Buffalo students complain they're coming back depressed from spring break 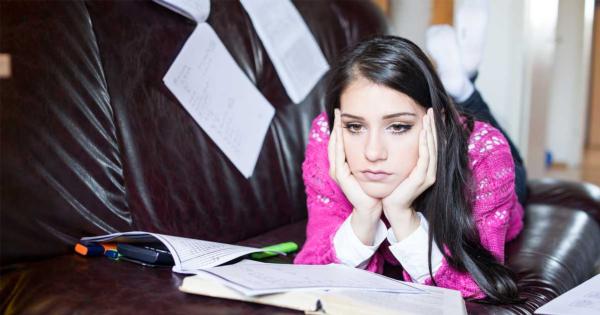 Students at the University of Buffalo (UB) feel spring break trips are causing them to be more depressed and stressed than before they left thanks to binge drinking and partying too hard.

Student Garrett Rubin told The Spectrum that he returned from his ten day spring break trip to Ireland and Spain feeling more drained than he had before he left. He explained that his itinerary included relaxing during the day and partying at the beach or downtown during the evening.

“All I wanted to do was go home and sleep for another week.”

“All I wanted to do was go home and sleep for another week,” Rubin complained.

One student, who wished to remain anonymous, said he developed depression after staying at an all-inclusive resort in Cancun. He said he was exhausted and hungover upon returning to campus and that his new found depression stemmed from, “a combination of drinking every day and having such a great time and then having to come back to reality.”

“The week you come back there’s a lot of work,” the student said, “If you just go home and relax it’s beneficial for school but if you go away for spring break you’re more stressed but you can’t beat the experience.”

Sharlynn Daun-Barnett, a specialist at UB’s Wellness Education Services, told The Spectrum that even students who stay home and binge watch television during spring break could be just as susceptible to depression and stress as those who party all week.

She saidthat less than 14 percent of students nation-wide will go anywhere during break and that most will just go home to visit family and friends.

However, Cheaptickets.com recently released a survey revealing that 55 percent of college students are traveling for spring break this year with Las Vegas being the top destination.

The survey also revealed that 95 percent of students are planning on sharing hotel rooms with 12 percent saying there will be seven or more per room.

“Though chances are they will not be doing that much sleeping in those rooms,” the survey said.

The survey also found that over 40 percent confess to staying up at least 24 hours on a spring break trip, while eight percent admit to going 48 hours without sleep.

There are still some students who enjoy the party atmosphere of spring break. David Rubino, who also traveled to Cancun last year along with 40 other UB students, told The Spectrum, “It was the best seven days of my life.”