UC Irvine prof: if Milo is offensive, so is ‘Anti-Zionism Week’ 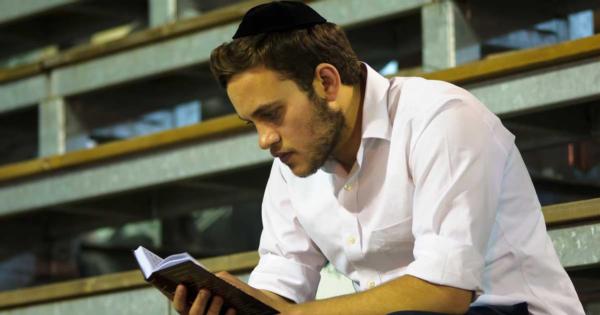 An instructor at the University of California, Irvine is challenging the school to show the same compassion to Jewish students as it has for its homosexual and transgender learners.

Gary Fouse, who teaches English as a Second Language at the UCI Extension, points out in a letter sent Friday to Dr. Douglas Haynes, Vice Provost of Academic Equity, Diversity, and Inclusion, that in contrast to professions of support for UCI’s LGBT community in response to an upcoming appearance by conservative provocateur Milo Yiannopoulos, the school has failed even to remark upon a recent week of “Anti-Zionism” events hosted by the Muslim Student Union, Students for Justice in Palestine, and other student groups.

"I ask why Jewish students do not get this kind of concern when, year after year, these anti-Israel events come to our campus."

Last week, Haynes sent a campus-wide email denouncing the “offensive language” used in signs advertising Yiannopoulos’ June 2 event, saying the “homophobia” and “bigotry” with which Yiannopoulos is associated has “no place” on UCI’s campus.

Adding that the posters were “all the more distressing” because they were hung one day after the “Anteater Equity Games” promoting campus diversity, Haynes suggested that students participate in “ Safe Zone training” to help them become better “allies” to the LGBT community.

Just one week earlier, though, the Students for Justice in Palestine (SJP) and Muslim Student Union (MSU) student groups had conducted an equally provocative display—an “Anti-Zionism Week” featuring events and displays that were harshly critical of Israel, scheduled to overlap with Holocaust Remembrance Day—without a word of approbation from the university administration.

“I understand that [Yiannopoulos] is a gay conservative who mocks political correctness, and that some of his act is considered offensive to other gays,” Fouse writes, adding that he takes no exception to either Haynes’ email or the desire of some students for institutional support.

“However, as a Gentile who for several years has been closely involved in observing rising anti-Semitism not only at UCI, but on other UC campuses, I ask why Jewish students do not get this kind of concern when, year after year, these anti-Israel events come to our campus,” he continues.

While readily acknowledging that “mere criticism of Israel is not necessarily anti-Semitic,” Fouse explains that the annual event series frequently goes beyond that line. In addition to “threatening images and messages,” including stereotypical depictions of Jews often appearing on the “apartheid wall” that the groups set up on campus, he claims that the speakers they host are often virulently anti-Semitic.

According to Shirelle Chalamish, an Executive Board member of Student Supporting Israel, this year’s apartheid wall didn’t garner much interest, but the students attending to it made quite a spectacle anyway, shouting things like “f*** white people,” “free Palestine,” and “white people go back to Europe.”

“As a member of SSI, we went to the Vice Chancellor to talk about security, and we talked about Anti-Zionism Week, and he said at the end of the day it was free speech,” she told Campus Reform. “It definitely upset the Jewish community to see Holocaust imagery used against the state of Israel, and like Prof. Fouse said, nobody really talks about that.”

“As you know the University of California has now declared its intent to address cases of anti-Semitism on UC campuses … after years of complaints by Jewish students had gone unheeded,” Foust reminds Haynes, adding that “the Regents affirmed that certain forms of anti-Zionist attacks can indeed be anti-Semitic.”

“The UC Regents condemned anti-Semitism, but saying that you condemn it doesn’t mean much if you don’t actually do anything to stop it,” Peter Van Voorhis, Vice President of the UCI College Republicans, told Campus Reform. “If they cared, they would do something about it, but they don’t.”

“I fully acknowledge that what I complain about is still protected speech, and I am not calling for anyone's right to free speech to be taken away no matter how objectionable,” Fouse continues, noting that “in the same light, Mr. Yiannopoulos enjoys the same right of free speech.”

Yet “the LGBT community at UCI is not the only group that feels threatened … [and] it is time that UCI start paying attention to the comfort level of Jewish students as well,” he concludes. “What I ask is that UCI extend the same support to Jewish students when they are victimized as it does to other groups.”

Chalamish concurred with that recommendation, saying that “when it comes to creating a hostile environment, the university should step in and tell people they are crossing a line. This is morally offensive; this is making people feel alienated for belonging to a certain class.”

While agreeing that the university should treat all classes of students equally, however, Van Voorhis and College Republican Chairman Emeritus Robert Petrosyan offered a different assessment of the contrast, saying they would have preferred that the administration stayed out of both issues completely.

“I don’t really think the school should be taking a position on what students are saying, and ‘inflammatory’ is kind of a subjective term,” Van Voorhis said. “I would like to see the school treat all students fairly, and not selectively defend groups. Either defend everyone, or defend no one, but a public university should not be using state employees to censor or mitigate speech that they don’t agree with.”

The larger issue, though, he said, is that “the difference in the treatment of the two incidents is an example of the political correctness gone wild on our campus.”

Haynes did not respond to messages from Campus Reform by press time, but did send a reply to Fouse, who reproduced it on his personal blog. Haynes does not address either of the specific incidents that Fouse mentioned, saying only that UCI supports free expression while maintaining the right to denounce “hateful, discriminatory and inflammatory personal attacks.”

“This just confirms what I have been saying all along,” Fouse comments. “In academia, it all depends on who the affected group is. If they are Jews, it's no big deal.”