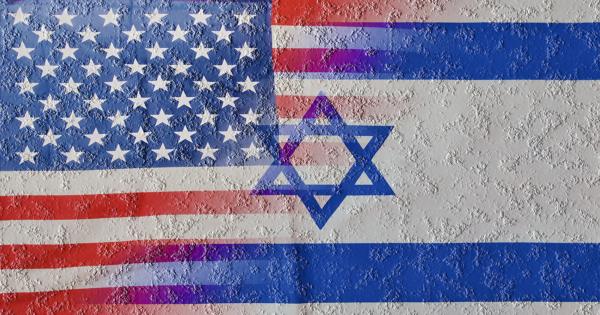 The University of California’s (UC) Board of Regents voted unanimously in favor of an amendment to the school’s discrimination policy that condemns anti-Semitism as a form of intolerance.

“The University of California (UC) full Board of Regents today approved a policy that condemns anti-Semitism and anti-Semitic forms of anti-Zionism and says there is no place for those and other forms of discrimination at UC. The policy was approved unanimously by the Regents education committee yesterday,” the AMCHA Initiative announced in a press release obtained by Campus Reform.

"This is an unprecedented and remarkable step forward, which will benefit Jewish students across the country."

The unanimous decision comes days after presidential candidates Hillary Clinton and Bernie Sanders admitted that anti-Semitism is unquestionably a factor in the BDS movement, and weeks after AMCHA released a damning report showing that the UC system ranks among the worst schools for anti-Semitic activity. In fact, 4 of UC’s campuses were placed in the top 5 schools with the most anti-Semitic behavior.

In addition, UC was responsible for 110 of 516 anti-Semitic incidents reported within the last year alone, which is 21 percent overall. The only state close to California was New York, with 87 incidents of anti-Semitism on its college campuses.

“For the first time a university has acknowledged the blatant anti-Semitism within anti-Zionism. Anti-Zionism has now been linked to anti-Semitism and condemned by the most prestigious and largest public university in the United States. This is an unprecedented and remarkable step forward, which will benefit Jewish students across the country,” AMCHA director Tammi Rossman-Benjamin said.

The Board did not, however, appear to issue a blanket ban on all forms of anti-Zionist expression, like BDS resolutions, likely in an effort to uphold students’ right to free speech.