KY Dems upset over losing control of U of L Board 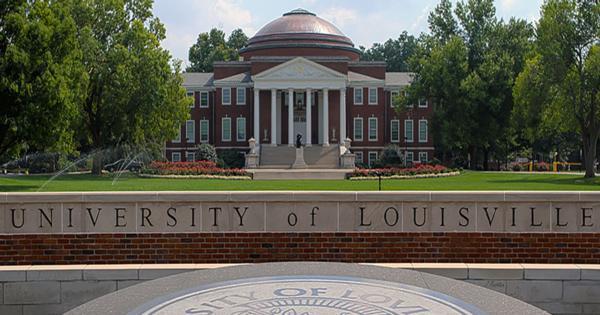 Democrats are angry with a recent shakeup of the University of Louisville (U of L) Board of Trustees that strips away the board’s Democratic majority and increases the diversity of its members.

Kentucky Governor Matt Bevin (R) announced an executive order on June 17 to restructure the U of L Board in the wake of a number of scandals, including allegations that the men’s basketball team had provided strippers and prostitutes to recruits. Governor Bevin’s order wiped the Board of its members and decreased the number of governor-appointed Board members from 17 to 10.

"Our legal challenge...is to prevent [Bevin] from asserting 'absolute authority' to control the Board."

On June 29, Gov. Bevin named the ten new appointees, according to WDRB.

While the former Board was almost entirely white and Democrat, the new Board has a near-equal split of political affiliations and is much more ethnically diverse. Gov. Bevin’s appointed Board consists of four registered Democrats, four Republicans, and two independents. Four Board members are non-white.

State laws suggest the pre-Bevin Board may have actually been illegal.

Not only is the Board required to have equal representation of both political parties, but at least three of the 17 appointed members have to be racial minorities. The former Board only had one racial minority, which led to Gov. Bevin settling a lawsuit on behalf of his predecessor, former Governor Steve Beshear (D).

Even though Bevin’s Board is more politically diverse on the surface, it still leans Democrat in terms of political donations. Members have donated $18,000 to Beshear’s campaigns for governor, and only $3,000 to Bevin’s 2015 campaign.

Nonetheless, Democrats have criticized Gov. Bevin’s executive orders, alleging they have no legal standing because they exceeded the authority of his office.

Attorney General Andy Beshear, Steve Beshear’s father, has filed a legal challenge to Bevin's reorganization of the Board.

"Our legal challenge is not about who will or will not serve on a Board of Trustees," Beshear claimed Wednesday. “It is to prevent Gov. Matt Bevin from asserting 'absolute authority' to control the Board and the university by simply dissolving the Board any time he disagrees with it.”

Bevin, however, contends that he does have the legal standing to change the U of L Board.

Kentucky State Senator Morgan McGarvey (D) noted that the Board members could not be fired without cause, and the Board is required to have 17 appointed members.

"I applaud the reform efforts of the governor, but the statutes say you can only remove these members for cause," McGarvey said. "I do believe there has been some dysfunction on the board, but you don't throw out the good with the bad."

While the Board faces legal challenges, Bevin feels his move is the best way for the University of Louisville to get a fresh start post-scandal and dysfunction.

Bevin says the Board members "embody the professional experience, leadership skills and core values needed to move efficiently and effectively oversee, govern, and manage the affairs of the University...I am confident that they will build upon the University's many successes by governing with the utmost integrity and transparency."

In addition to the Board reorganization, James Ramsay, current university president, plans to resign no later than May.