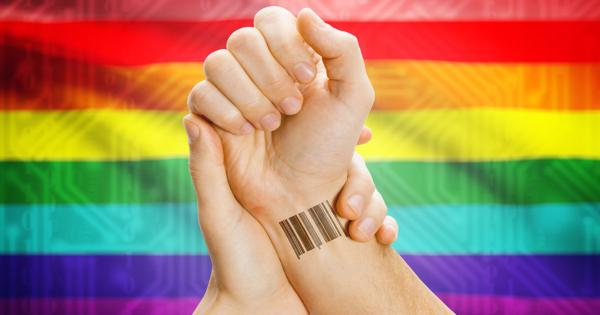 An Oberlin College student says that despite being considered the “gayest college in America,” the campus is still plagued by "structural and institutional racism, transphobia, ignorance, apathy and white privilege."

In an op-ed Thursday for The Washington Blade, the nation’s oldest LGBT newspaper, Jesse Arnholz discusses her arduous efforts to find a college that was “very queer,” recalling that she was “seduced” by the large queer community at Oberlin, as well as its historical legacy as the first university in the United States to accept students regardless of race or gender.

“My friends...are still misgendered...even after they announce their preferred gender pronouns.”

[RELATED: Oberlin students say bad grades are getting in the way of activism]

Although Oberlin is rated the 13th most liberal campus in America by Niche—its faculty members have not made a single political contribution to a Republican candidate since 1990—Arnholz claims to have seen beyond the veil of tolerance and inclusion that the college touts and glimpsed into a more sinister atmosphere where bigotry still flourishes.

“Once I started school it became apparent that it was not the utopia I envisioned,” she laments. “Structural and institutional racism, transphobia, ignorance, apathy, and white privilege still lingered.”

According to Arnholz, Oberlin’s reputation as the “gayest college in America” belies the disappoint she felt upon encountering “the complacency of the white queer community and the often toxic-masculinity that many queer women and trans-masculine individuals have adopted.”

“Many of my trans and non-binary friends still struggle to feel comfortable on campus,” she adds, elaborating that “many of my friends who use they/them/theirs pronouns, are still misgendered by close friends even after they announce their preferred gender pronouns.”

Arnholz reports having no straight friends at Oberlin, which contrasts starkly with her experience as the only gay at her private high school in Washington D.C., where she felt “stifled, crammed, and pushed into a singular box.”

While she recognizes that her queerness was normalized at Oberlin, though, Arnholz can’t escape the conclusion that her comfort on campus was largely attributable to her “whiteness and socio-economic status.”

Other Oberlin students appear to share Arnholz’s bleak assessment of the campus climate, launching a campaign against alleged instances of campus racism, including demands by the Black Student Union to decrease the amount of cream used in meals because “Black American food doesn’t have much cream in it,” and to make fried chicken a permanent feature on the school’s menu.