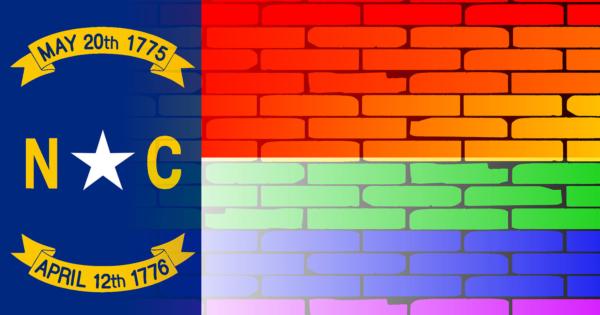 The transgender assistant director of an LGBTQ student center at the University of North Carolina at Chapel Hill (UNC) is leaving his job in protest of HB2, the infamous "transgenderbathroom law."

"It made me feel unsettled and unsure about the longevity and the security in my position and my job."

Collie attributes his move to discomfort and uncertainty following the passage of HB2, a state law requiring people to use public restrooms assigned to their legal gender.

“I think at the end of the day Margaret Spellings being hired [as university system president] and some of her comments on supporting [homosexuality] like calling it a lifestyle is really hurtful to the LGBTQ folks,” Collie said. “It made me feel unsettled and unsure about the longevity and the security in my position and my job.”

[RELATED: UNC president ridiculed for saying her schools must follow the law]

Collie, who went to UNC for his undergraduate degree, said the decision to leave was difficult, explaining that he felt support from his co-workers, but realized he would be safer at Duke, a nearby private school not required to enforce HB2.

“I felt like their heart was in the right place and I think there’s a lot of political pressure with the university being so tied to the state of the legislature,” Collie said of his friends at UNC, acknowledging that the law “put them in a difficult position and I understand that.”

“He got to be a really solid facilitator and had a really nice way of engaging people in conversations that they might feel a little anxious about,” said Terri Phoenix, the director of the center.

A university spokesperson for the Office of Diversity and Multicultural Affairs praised Collie even further.

“He leaves a great legacy, achieved in only a few years,” Adrianne Gibilisco said. “His integrity, kindness, and honest desire to support our students so that they can reach personal and academic excellence has been felt by countless students, staff, and faculty alike, and he will be greatly missed.”

Collie, who holds a Master of Divinity degree from Yale University, looks forward to spiritual discussions that he couldn’t hold at the public UNC.

“There’s an element of being able to work with the divinity school and having conversations around sexuality and spirituality that I can have there that I wouldn’t necessarily have been able to have at Carolina,” Collie said.

“If we could get them all in the same room to think about the struggles we are having as LGBTQ centers in the state where HB2 is a reality and discuss some of our common struggles and the best practices in responding to those—I hope that it’s a different way of working with UNC,” he said.

Campus Reform reached out to Collie for comment but did not receive a response by publishing time.