The University of California started the lawsuit in 2017 with schools such as Harvard and Yale joining, stating that ending DACA is "antithetical to the commitment to equal opportunity on which this country was founded."

Tufts University joined 18 colleges in filing an amicus brief to the Supreme Court in support of DACA.

The Supreme Court will be hearing oral arguments on Nov. 12. 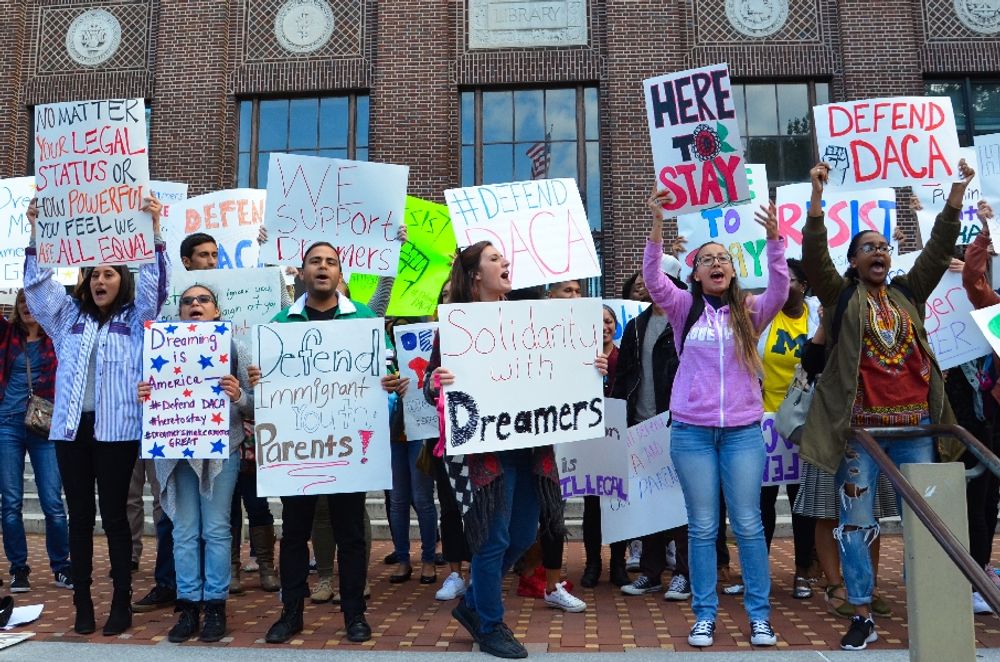 Tufts University joined more than 160 colleges Tuesday in filing an amicus brief to the Supreme Court in support of Deferred Action for Childhood Arrivals (DACA), as part of an ongoing lawsuit first filed by the University of California against the Trump Administration.

UC filed the suit in 2017 against the U.S Department of Homeland Security, according to The Harvard Crimson. Since then, Harvard University, Yale University, Tufts and more than 160 other colleges and universities have filed an amicus brief supporting the initiative.

“Ending the DACA program,” the brief states, “would send a clear message to the more than one million undocumented children in the United States that the trails amici’s students and alumni have blazed lead nowhere and are not worth following. That message is antithetical to the commitment to equal opportunity on which this country was founded.”

Since he took office, President Donald Trump has attempted to halt the Obama-era program, but courts have blocked this action.

Harvard has had a history of supporting DACA.

In July 2019, Harvard President Lawrence Bacow wrote a letter to Secretary of State Mike Pompeo and acting Homeland Security Secretary Kevin McAleenan, expressing his concern over Trump’s attempt to end DACA. Bacow worked to bring Harvard student Ismail Ajjawari from Pakistan to the U.S. after the student was denied entry by Customs and Border Protection.

Yale soon joined the brief, referencing a 2017 letter President Peter Salovey sent to U.S. President Donald Trump, in which Salovey said that the nation “should affirm that they have a future in our great country. Doing so is consistent with our longstanding values as a nation of immigrants motivated by the search for a better life.”

On Oct. 8, Tufts University joined the Ivy League schools on the amicus brief.

The MIT College Republicans Chapter declined to comment when contacted by Campus Reform.

The College Republican Chapters at Harvard, Yale, and Brown did not respond to requests for comment from Campus Reform in time for publication.

Oral Arguments will be heard in the United States Supreme Court on Nov. 12.