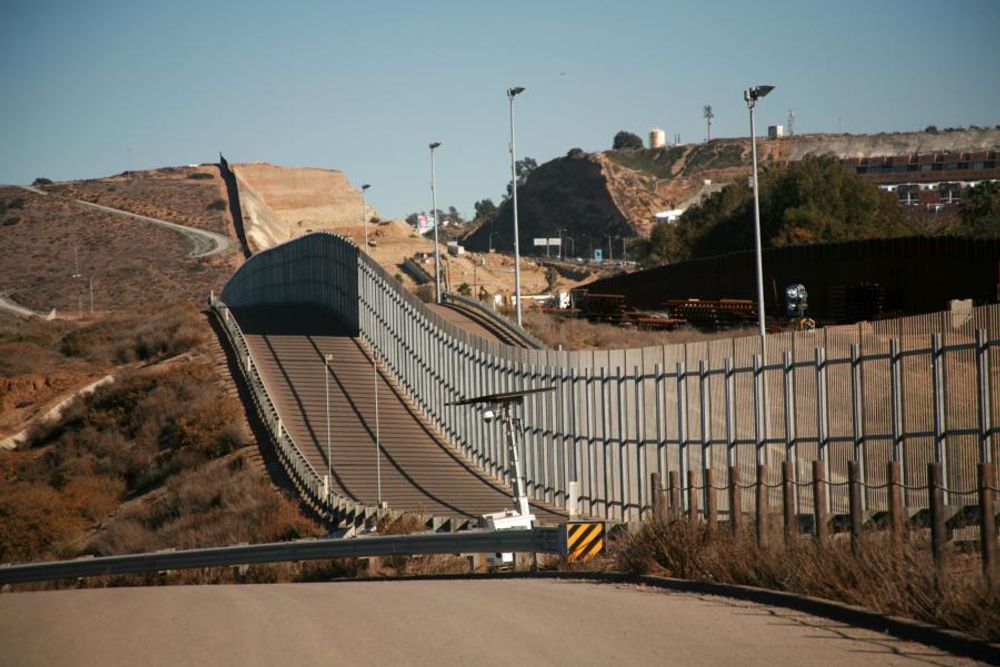 Borders are not completely legitimate, citizenship is “ridiculous,” and the nation-state itself has no place in the future, according to the executive director of one Georgia university.

Freedom University prides itself on serving exclusively illegal alien students and advocating a progressive stance on immigration. On Monday, St. Olaf College in Minnesota hosted Dr. Laura Soltis, the school’s executive director, and Arizbeth Sanchez, its Community Engagement Coordinator, as well as an alum and current Freedom student to deliver a talk on “Solidarity In A New ICE Age,” attended by Campus Reform.

Before launching into declarations that the world would be better off without countries, the group began their hour-and-a-half on stage by providing some background on the work of Freedom University. Freedom was founded as a response to Georgia’s policy dictating that illegal aliens are entitled to free K-12 education, but may not attend the state’s public universities.

Soltis and her associates explained that Freedom University refers to itself as F. U., and brands this slogan on its official school T-shirts, like the one seen below.

[RELATED: NJ handed away $3.8 MILLION to illegal immigrants for college]

The school is also known for taking what it calls “direct action” against Georgia state government. This includes civil disobedience and teachers accompanying illegal aliens “risk[ing] arrest.” Soltis bragged to the crowd of St. Olaf students, faculty and staff about her arrest record and the arrest record of F.U.’s community engagement coordinator.

F.U. alum Rafael A. was unwilling to disclose F. U.’s location, saying that it was only released upon admission.

“Having somebody, you know, without the best of intentions know where we are, would be very dangerous to a lot of our students, particularly those of us who don’t have DACA,” he said.

Soltis was more than happy to share the school’s anti-citizenship ideology.

According to the director, the definition of citizenship is “completely arbitrary” and owed only to the fact that “we happen to be born within these man-made borders, right? What a completely ridiculous way to define citizenship, right?”

“I urge us to think creatively and courageously about a world in which there aren’t borders, right? John Lennon sang about this in ‘Imagine,’” she noted before asking the audience “to think of ourselves not as citizens of the United States.”

F.U.’s executive director then displayed an image of the U.S./Mexico border via a projector, telling St. Olaf to “look at how kind of silly it looks.”

“This border has created so much anguish and pain and separation among families, but another world is possible,” she promised. “Nation-states are relatively new for humanity, right? They should not exist, [and] they aren’t necessary in the future.”

Apparently, one step in Soltis’ plan to abolish the nation-state involves giving illegal aliens a new, politicized identity via F. U.

“For undocumented folks [at the school], they no longer think they’re illegal or criminals, but it becomes a new political identity which they can organize around and find a sense of pride in who they are,” she said.

During a question and answer section following the main talk, Campus Reform asked Soltis if her institution recognizes the legal legitimacy of borders, immigration law, or agencies like ICE which enforce said immigration law.

The F. U. director responded by first declaring that we’re living on “stolen land” taken from the Native Americans, before saying that she “partially” recognizes the legal legitimacy of borders but prefers the “natural” variety formed by “mountain ranges” and “rivers.”

She also dismissed citizenship as a mere “social construct.”

Soltis did not explicitly clarify F. U.’s stance regarding the legitimacy of immigration law or enforcement agencies. She did, however, return to Campus Reform’s question later in the Q&A to sing a verse of the song “This Land is Your Land” that the question brought to her mind.

Despite being called a university, F. U. is not an accredited school. Rather, according to its website, it merely offers a collection of services to illegals such as “college preparation classes, college and scholarship application assistance, and movement leadership training for undocumented students.”

“Solidarity In A New ICE Age” was brought to St. Olaf by the school’s religion department, Lutheran Center and Taylor Center for Equity and Inclusion-- none of which responded to requests for comment in time for publication.