A discrimination lawsuit against Colgate University led by a male former student is moving to trial in the U.S. District Court in Syracuse, New York.  In 2017 an unidentified student at the university was charged with four counts of sexual misconduct. Three of the charges were dropped during a campus hearing, however, the student was found guilty on the fourth charge of non-consensual sex.

Colgate University moved to expel the male student with Interim Vice President stating in a court hearing that a “finding of responsibility for sexual assault is a significant offense and one that we believed warranted separation from the institution.”

The male student using the pseudonym “John Doe” filed a lawsuit against Colgate University on the basis of gender discrimination throughout the sexual misconduct investigation and during sanctioning.

Doe claims the campus hearing panel’s decision to expel was swayed by his gender.

In court documents, Doe asserts that the act of expulsion is inconsistent with the precedent of sexual misconduct at the university as “there is a direct comparator to his case in that a female respondent was found responsible in February 2018 for non-consensual sexual contact and sexual harassment.”

Doe outlines that in the case where a female student at Colgate University was found guilty of non-consensual sexual contact the student received a two-year suspension. This allows for the student to return to campus to complete her education at a later date.

University officials attempted to differentiate the two cases by claiming the female student was not charged with “non-consensual penetration” and thus, was subject to a different punishment than her male counterpart.

Judge Frederick Sculli rejected this logic and found that Doe “raised a genuine issue of material fact as to whether Defendant [Colgate University] treated female students who were accused of sexual assault more favorably than male students under similar circumstances.”

The lawsuit is proceeding to trial with a date set for Sept. 14 in the U.S. District Court in Syracuse.

The decision to send the lawsuit to trial is an important one. It reverses a precedent set by a previous lawsuit against Colgate University in 2017. Under similar circumstances, a different male student was expelled from Colgate University after being found guilty of sexual misconduct with female students.

The case never made it to court as Judge Lawrence Kahn affirmed that the student “failed to provide any evidence that the university's procedures or officials were biased against him.”

University officials have refused to comment on the current lawsuit.

“It seems like a privileged white man is upset that Colgate, an institution that has historically protected and sheltered white men, did not afford him the same protection,” Colgate University alumni Asia Lee-Fatt told Campus Reform.

“I will add that rape culture at Colgate is out of control & individuals are sexually assaulted at alarming rates, and the punishments are often far less severe than they should be. So they could be pursuing stricter punishments, or the individual in question committed egregious crimes for which there was no acceptable option besides expulsion,” Lee-Fatt added. “The timeline of events line up with a series of Beta (the frat) sexual assaults that occurred in a cluster & the university was under pressure to act.” 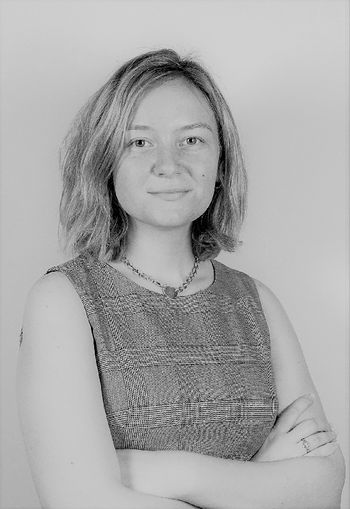 Adrianna San Marco is a senior contributor at Law Enforcement Today. Previously, she was a New York Campus Correspondent at Campus Reform. Adrianna is an economics major in the Maxwell School at Syracuse University. She also writes for The Young Voter, a conservative magazine.