The professor proposed constructing a wall around the monument to conceal it from most angles. 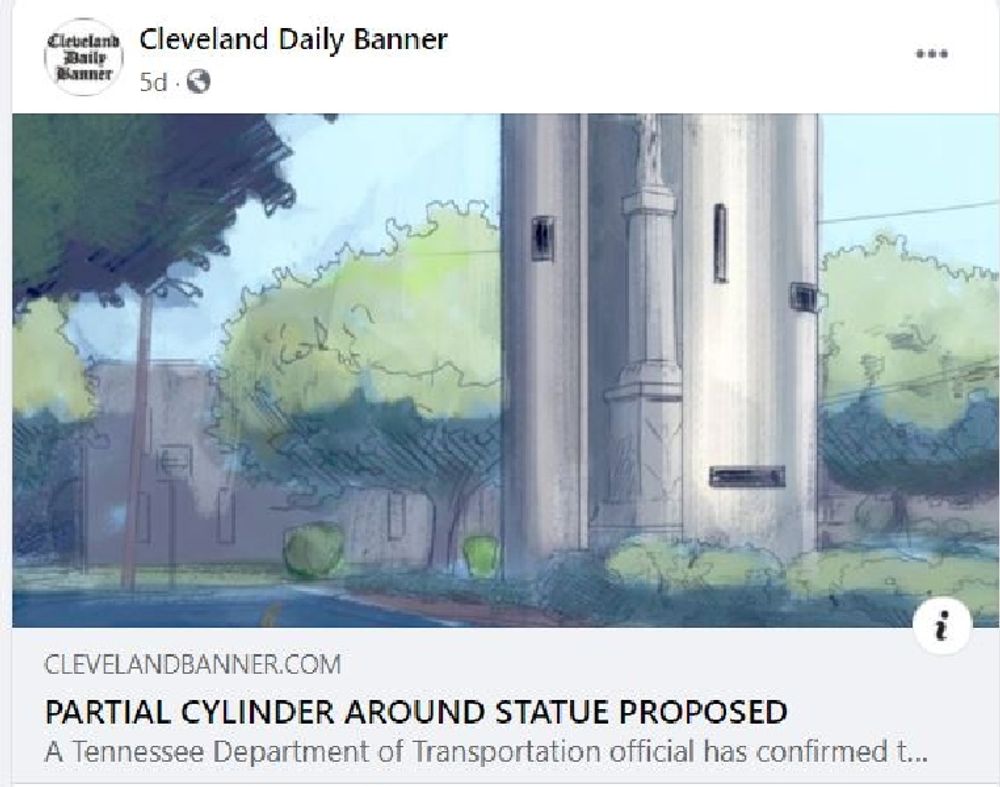 Reynoso instead proposed that the city construct a partial cylinder around the statue to conceal it from most angles.

The monument in question is an off-campus Confederate statue that has become a prominent location for protesters, both in support of and against, to gather after Lee University students started a petition demanding that the statue be moved.

But because the local United Daughters of the Confederacy chapter technically owns the portion of land on which the statue sits, the city and state's hands are tied when it comes to calls to move the monument. Reynoso, however, has come up with a possible workaround.

Because the land immediately surrounding the statue is public, Reynoso proposed constructing a partial cylinder around the monument.

The cylinder would be as tall as the statue, but it would contain multiple openings to allow passersby to see through if want to. There would also be one large opening in the cylinder that would prevent any obstruction of sight to people driving past it.

“It would not be solid, however,” Reynoso told the Cleveland Banner, “There would be doors and windows cut in the cylinder, which [would allow] the Confederate monument [to be] seen and approached.”

The cylinder’s outside would feature inscribed quotes from a variety of civil rights activists. Reynoso further stated that the inside of the cylinder would showcase the “history which the Confederate monument sought to erase and the Jim Crow era that it sought to normalize” by presenting images made by Black artists.

Emancipate Cleveland member Ryan Farcelli told the Cleveland Banner, “the Black community in Cleveland has clearly stated the existing Confederate statue must be moved to a museum or cemetery where it can stand in proper context, and that remains our focus and goal.”

A Lee University spokesperson told Campus Reform that they do not endorse his proposal.

"Professor Reynoso has the freedom to engage in the discussion, but the university does not endorse his proposal," the spokesperson said. "Neither the statue, nor the proposed cylinder are on Lee University property, so the feasibility of the idea could only be determined by city and state officials and other private property owners involved."

Reynoso did not respond to Campus Reform's request for comment.