In a statement, Northwestern President Morton Schapiro explained that the student protesters came "dangerously close" to using anti-Semitic slurs against him.

Students at Northwestern University are protesting every day until their campus police force is disbanded. 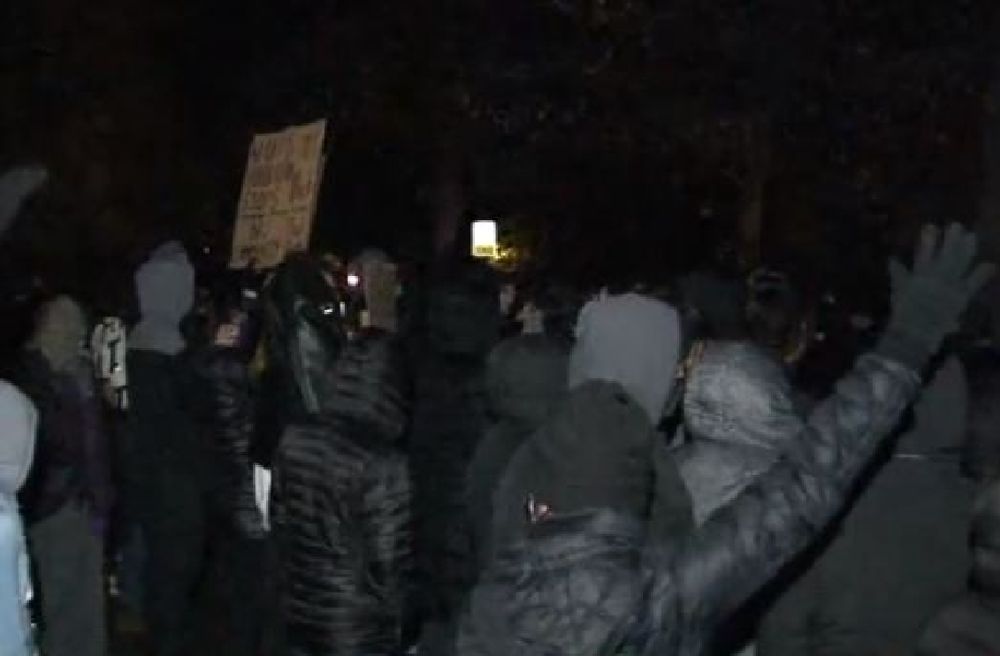 After university president Morton Schapiro released a letter condemning anti-Semitic slurs used by the protesters, students began calling for his resignation. According to the Daily Northwestern, students tore down a sign that said “We’re N This Together,” then burned it in front of Schapiro’s home, which was guarded by several police officers.

Students tagged sidewalks and buildings with slogans like “ACAB” and “F*ck 12.” They also spray-painted local businesses, such as Whole Foods, which is owned by multi-billionaire Amazon founder Jeff Bezos.

In response to the protests, Schapiro released a statement to the Northwestern community.

He explained that Northwestern recognizes “the many injustices faced by Black and other marginalized groups,” but said that the university “has no intention” to abolish the NUPD.

Furthermore, the university only recognizes legitimate means of free expression.

“What started as peaceful protests have recently grown into expressions that have been anything but peaceful or productive,” said Schapiro. “Crowds blocked the streets of downtown Evanston and nearby residential areas, disrupting businesses and local families, defacing property and violating laws and University standards.” He wonders if some of the instigators were “outside activists.”

He made clear that students already have the attention of the administration, which has held “numerous discussions with concerned students, faculty and staff.”

Schapiro, an observant Jew, also disclosed that students chanted “f*ck you Morty” and “piggy Morty” outside of his home “into the early hours of the morning.”

“Whether it was done out of ignorance or out of anti-Semitism, it is completely unacceptable, and I ask them to consider how their parents and siblings would feel if a group came to their homes in the middle of the night to wake up their families with such vile and personal attacks,” said Schapiro. “To those protesters and their supporters who justify such actions, I ask you to take a long hard look in the mirror and realize that this isn’t actually ‘speaking truth to power’ or furthering your cause. It is an abomination and you should be ashamed of yourselves.”

In response to Schapiro’s comments, students doubled down in their support of the protests, additionally calling for Schapiro to resign.

One undergraduate said that Schapiro is “a disappointment, a disgrace, and entirely unfit” to serve as Northwestern’s president.

Bro I can't even laugh anymore. I'm so angry I could cry. Morty Schapiro, you are an evil man. You're a disappointment, a disgrace, and entirely unfit to be president of institution. Resign now. #ResignMorty

Campus Reform reached out to Northwestern University for comment and will update this article accordingly.