The student body president suggested TSU follow suit, offering three policy suggestions for the university, including the halt of penalties for those who do not wear masks on campus.

A student leader faced online death threats after expressing support for Texas Gov. Greg Abbott’s executive order to lift the state-wide mask mandate and open up the economy during a press conference on March 2.

Following the governor's order, Texas State University student body president Catching Valentinis-Dee wrote his own executive order calling “upon Texas State University to immediately enact policies in greater alignment with those of the communities our students inhabit by meeting by the following criteria.”

[RELATED: Cancel culture is no match for Texas universities] 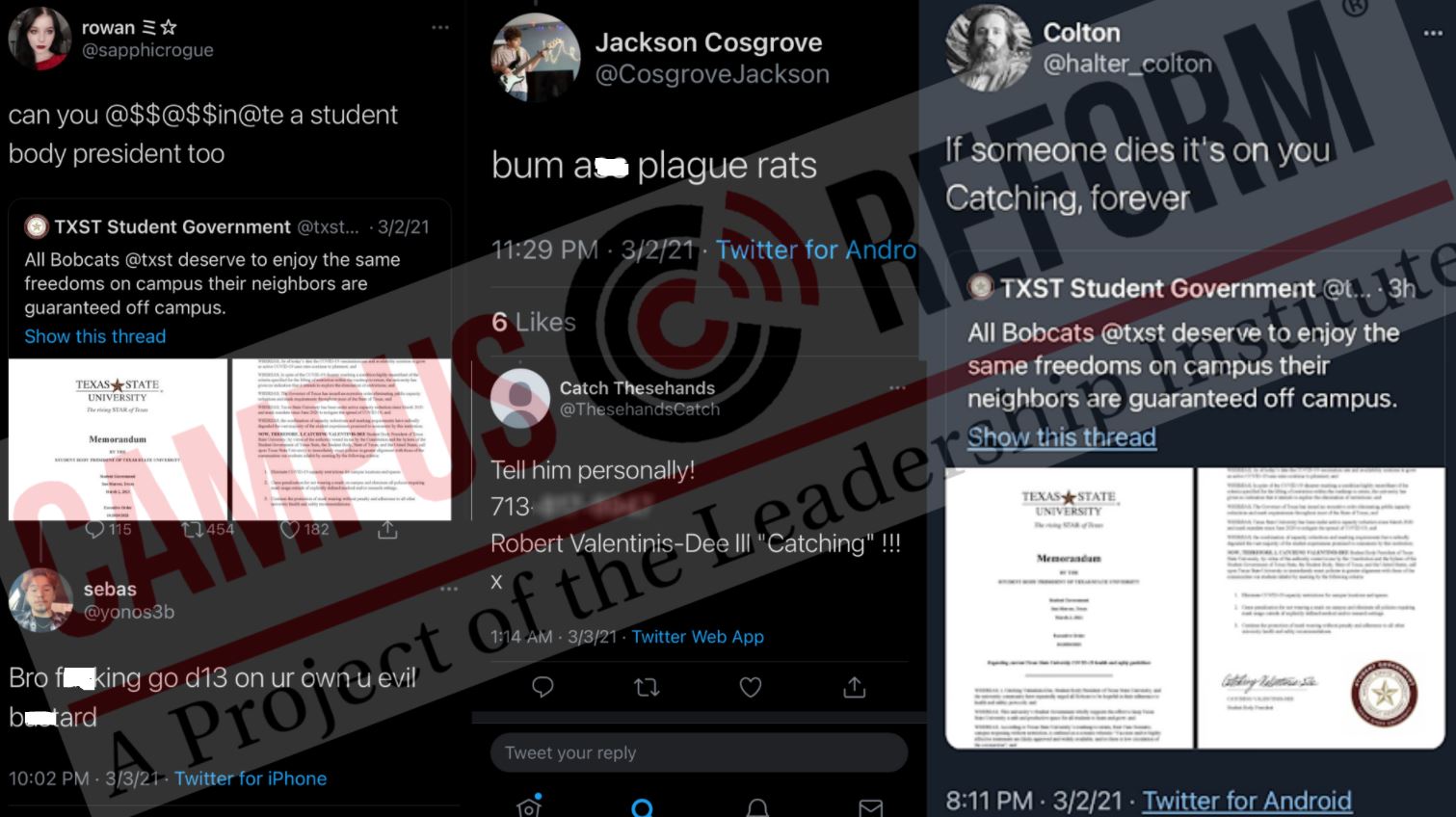 The Texas State student government Twitter account posted this order online, quoting Abbott’s previous announcement. The requests listed include the elimination of capacity restrictions on campus, the halt of punishments for not wearing masks on campus, and the continuation of “promotion of mask wearing without penalty and adherence to all other university health recommendations.”

Many of Valentinis-Dee’s classmates were not happy with this memorandum, and one individual created an account that was used to dox the student body president, providing his personal phone number to the public over Twitter.

One student who attends the university quoted the post from the student government account, and wrote “can you assassinate a student body president too.”

The co-chair for Texas State Young Democratic Socialists of America also replied to the student government’s tweet, stating “if someone dies it's on you Catching, forever.”

“I am disappointed in those who have made malicious threats and circulated my personal information without my consent,” Valentinis-Dee told Campus Reform. More importantly, I am unfazed in my commitment to advocating for the rights of my fellow students. Our liberty is our birthright as Americans, protecting it is our burden.”

Texas State University did not respond to a request for comment in time for publication.