Weeks ago, the students — many of whom come from families that were oppressed by the Chinese Communist Party — successfully organized against Tufts’ chapter of the Confucius Institute.

Tufts University students are protesting against the 2022 Olympics in Beijing.

Weeks after they successfully closed their school’s Confucius Institute, a group of Tufts University students will host a protest against the 2022 Olympics in Beijing.

Shut Down Tufts CI — which is now organizing to shutter Confucius Institutes across the country — will protest the Chinese government’s hosting of the Olympic games on June 23. 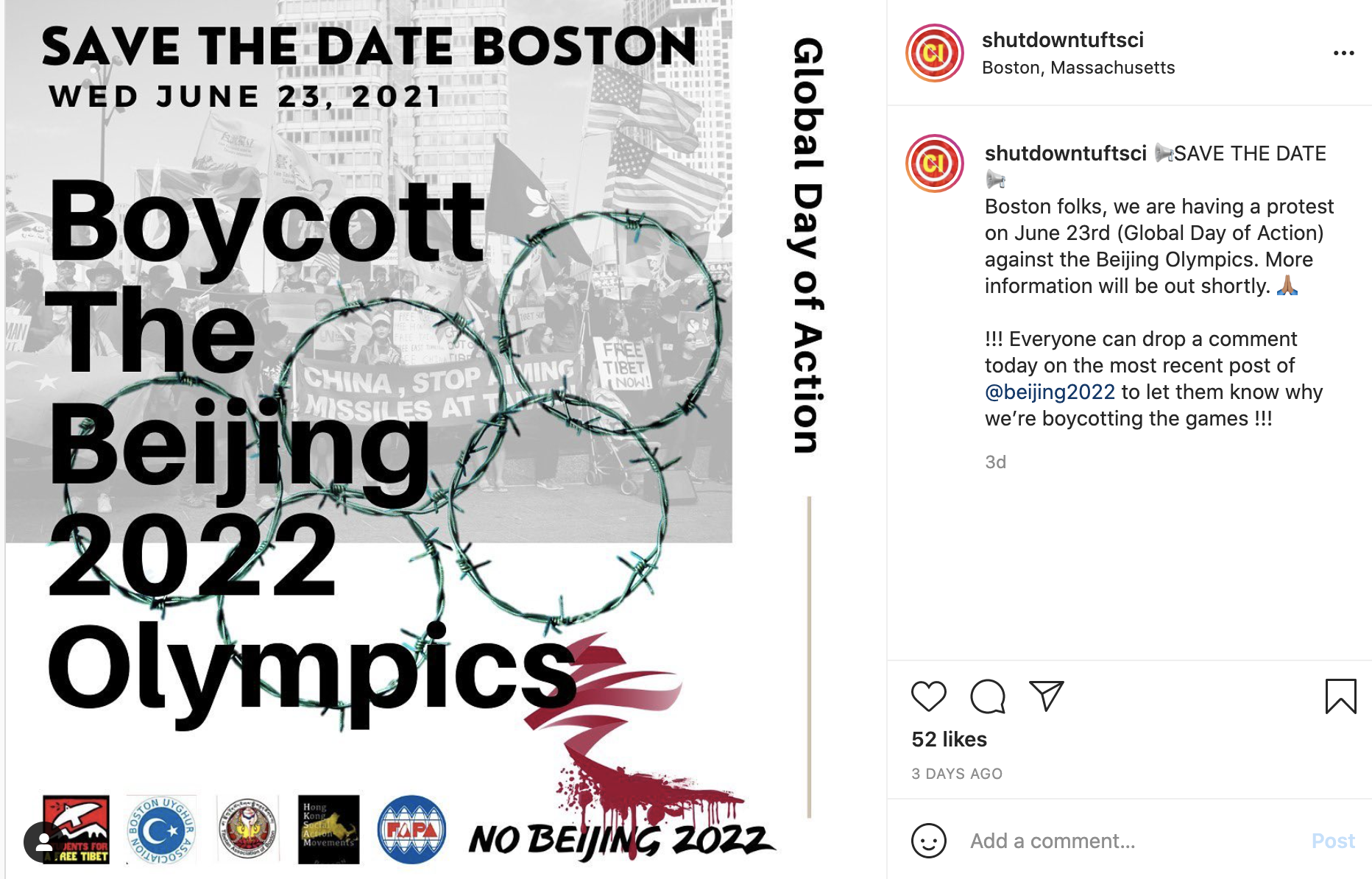 Students for a Free Tibet, the Formosan Association for Public Affairs, Hong Kong Social Action Movements, and other human rights groups will join the students in protest later this month.

As Campus Reform reported in April, the students successfully organized to draw attention toward and shutter Tufts University’s chapter of the Confucius Institute — a branch of the Chinese government’s education ministry that seeks to warm relations toward Chinese communism in the Western world.

[RELATED: Students at Tufts successfully organize to get their school’s Confucius Institute scrapped]

“In solidarity with Uyghurs, Hongkongers, Tibetans, and all peoples who have suffered at the hands of the CCP, we will protest each Saturday until our voices are heard,” said the students on their Instagram page at the time.

Many of the students and their families were directly harmed by China's dominance of Tibet — a reality that they make clear on their social media.

Campus Reform reached out to Shut Down Tufts CI for comment; this article will be updated accordingly.