William Peace University may change its name after a task force announced that 'William Peace' is 'not consistent with [the] current values as an institution.'

The university's namesake, William Peace, owned 55 slaves, according to the school.

William Peace University may change its name after a task force announced that "William Peace" is "not consistent with [the] current values as an institution.”

The university's namesake, William Peace, owned 55 slaves, according to the school. Additionally, the university was in part constructed by slave labor.

"Given these facts and believing the presence of the William Peace statue could create a divisive environment on campus, and keeping with our current values, The Board of Trustees voted in support of removing the statue of Mr. William Peace from campus," the announcement reads.

Jennifer Suarez, the university's director of integrated marketing, told Campus Reform in a statement that the school's task force and planned listening sessions serve as “input to decide how we can reckon with and respond to our history in a way that makes us a better institution.”

The listening sessions will be overseen in a combined effort between the Director of Diversity, Equity, and Inclusion Leah Young and The Diversity Movement, a “third-party local diversity, equity, and inclusion (DEI) consulting firm.”

Suarez told Campus Reform that the listening sessions should help the university assess its historical legacy.

Campus Reform reached out to William Peace for comment; this article will be updated accordingly. 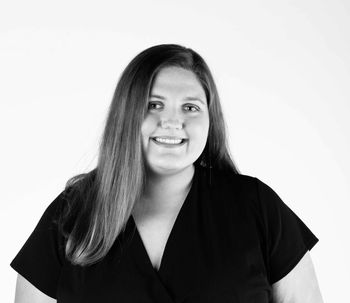 Rachel Harrington is a senior at East Tennessee State University majoring in political science with a minor in public administration. She is a Campus Coordinator for Turning Point USA, and the President of ETSU’s Turning Point USA chapter. Rachel is a PragerForce member, and an ambassador for Young Women for America.