'Latine' is the new 'gender-neutral' term out to replace 'Latinx'

In response to complaints that 'Latinx' is culturally insensitive, 'gender non-binary and feminist' activists have proposed 'Latine' as an alternative.

'Latine' conforms to the rules of the Spanish language and already appears in published scholarship.

New York University’s LGBTQ+ Center announced via Instagram that the university would be holding a slew of “Cultural and Identity-Based Graduation Celebrations” to “acknowledge and celebrate the accomplishments of graduating students of color and LGBTQ+ students.”

Among the celebrations listed was an event titled “Latine Grad.”

“Latine” is a gender-neutral or non-binary alternative to “Latino,” similar to “Latinx.” 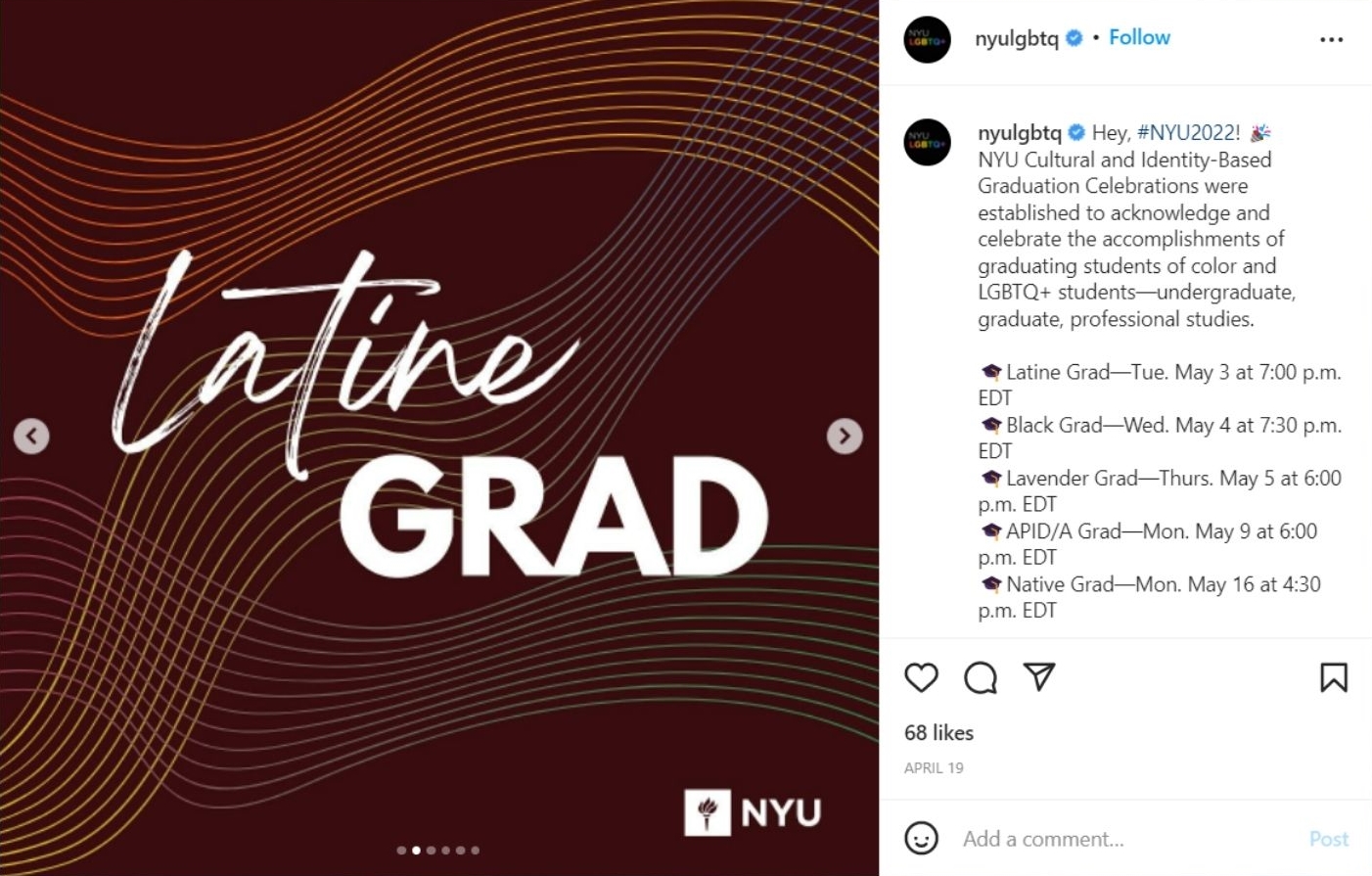 Some have criticized Latinx for not conforming to the linguistic rules of Spanish. Students at Emory University and Swarthmore College, among others, have criticized the term along these lines.

Writing for Swathmore's The Phoenix, Gilbert Guerra and Gilbert Orbea call usage of the term “a blatant form of linguistic imperialism,” arguing that activists are engaging in the “forcing of U.S. ideals upon a language in a way that does not grammatically or orally correspond with it.”

Students and administrators at some universities have begun using “Latine” in an attempt to achieve inclusivity while conforming to the linguistic rules of Spanish.

According to El Centro, Latine was “created by gender non-binary and feminist communities in Spanish-speaking countries” to “remove gender from Spanish, by replacing it with the gender-neutral Spanish letter "e," which can already be found in words like estudiante.”

The center acknowledges that “not everyone is comfortable with using these terms” but use them to “create a more welcoming environment for folks who identify outside the gender binary.”

Doxey Kamara, a sophomore at Tulane University and editor for the school’s newspaper The Tulane Hullabaloo, wrote an opinion piece advocating for the wider adoption of "Latine."

He called Latine “a more organic alternative to ‘Latinx.’”

“Latine fills the void in a way Latinx never could,” Kamara asserted. “[I]t was designed to work with the Spanish language. It is not an insertion; it is an evolution. A natural progression from gendered terms to neutral ones. As such, Latine can be pronounced and conjugated in Spanish, while ‘Latinx’ cannot.”

Kamara told Campus Reform that he believes “Latinx is a very English term, and Latiné [sic] fits better into the Spanish language” though “Neither is wrong, but the latter is more organic.” When asked why he thinks Latine has not gained much traction, Kamara said “Latinx simply got more popular first."

According to Google Trends data, "Latine" is used far less commonly than the already uncommon Latinx. The three areas in which “Latine'' is most commonly searched compared to the rest of the nation include Washington DC, New York, and California.

“Latine” has also gained traction with academics and the term is featured in several academic articles. Among these are journal articles titled “Family Engagement and Latine Children’s Early Narrative Skills”, “Human Services Professionals Perceptions on the Trauma, Stigma, and Mental Health on the Wellbeing of Latine and Hispanic Undocumented Immigrants” and “Nutrition-Related Information Shared by Latine Influencers: A YouTube Content Analysis”, among others.

A 2020 survey conducted by Pew Research found that only about a quarter of American Hispanics are familiar with “Latinx” and just 3% actively use the term to identify themselves. Of those who knew the term, 65% believe that Latinx should not be used to describe the Latino community.

Pew surveyed individuals who "who self-identify as Hispanic or Latino."

Latinos who have attended college are among the most likely to use the term, per Pew’s data.

Every individual and organization named above has been reached by Campus Reform for comment; this article will be updated accordingly.