Campus Reform contacted each university and asked whether or not they would continue to supply their men's bathrooms with tampons despite the shortage that directly impacts women.

Women’s menstrual products are missing on many shelves in the U.S. this week. But tampons can still be found in men's bathrooms on college campuses.

Cornell started putting menstrual products in men's rooms in 2020. The products were put in baskets in the bathrooms with labels that read "mxnstrual" products.

Campus Reform contacted each university and asked whether or not they would continue to supply their men's bathrooms with tampons despite the shortage that directly impacts women.

Not a single school replied.

The shortage has been a growing problem for several months and only recently come to a head.

This development also coincides with a baby formula shortage across the country.

The Washington Post reported last Friday that between the tampon shortage and the baby formula shortage it's starting to feel like a "war on women." 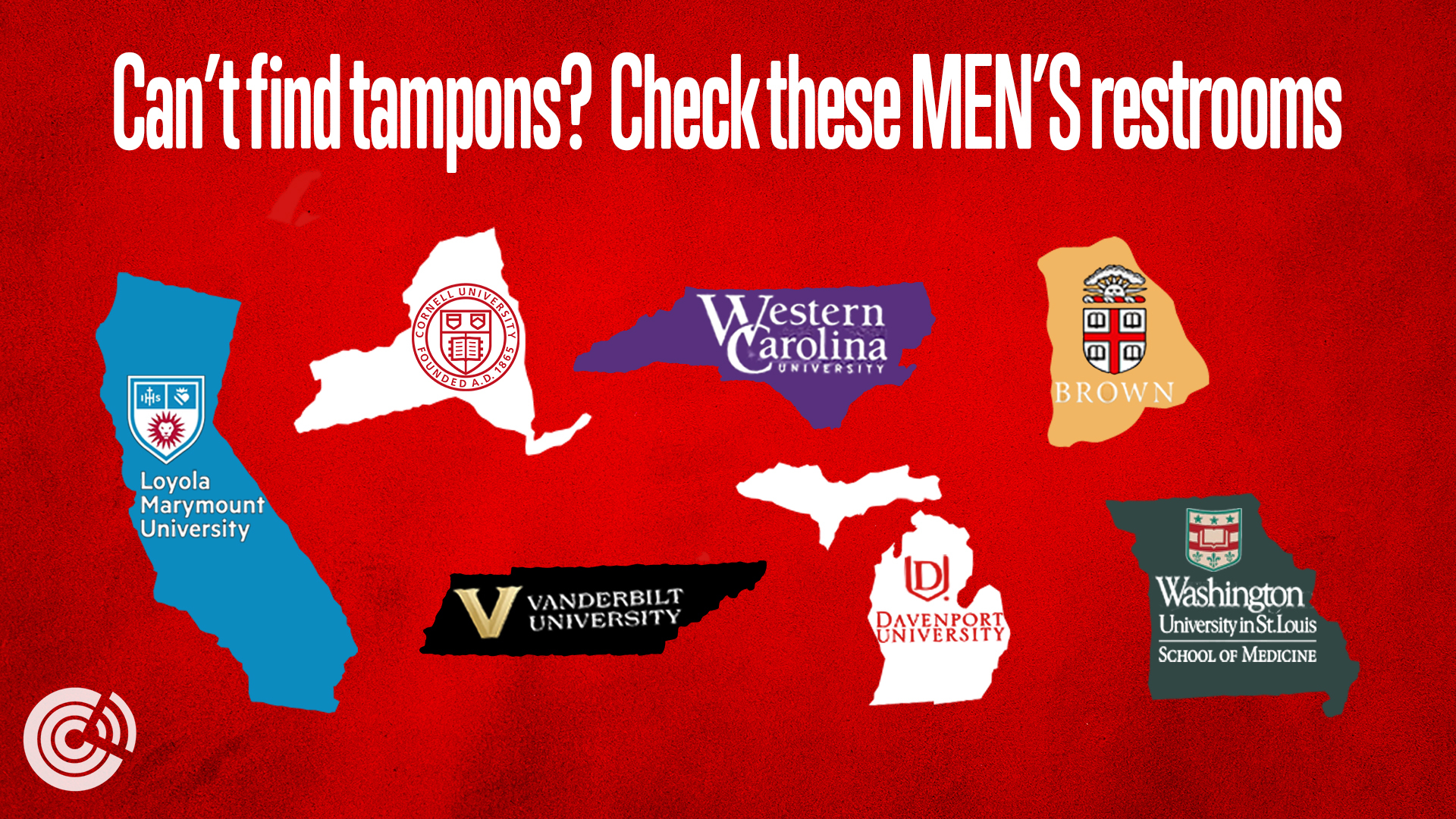 A message sent to I Support the Girls, an organization that helps distribute "essential items to women, gave a dire picture of the situation, the Post reports.

"I just bled through my pants and had to run to three different stores to find tampons," the message stated.

Campus Reform recently reported on the increasing amounts that universities have been paying for LGBTQ+ programs and recognition through the Campus Pride Index, which is the “benchmark tool” for incoming students to determine if their school is LGBTQ friendly.

Universities pay a $225 fee to be rated by the website and also receive guidance on the addition and reallocation of resources aimed at promoting the LGBTQ+ presence on campus.

President Biden also recently announced that he is considering rewriting Title IX to include gender identity in a push to ensure that universities are “LGBTQ inclusive.”

If colleges do not comply, it could mean being denied federal funding.

Campus Reform reached out to every person and university mentioned in this article and will update accordingly.

Editor's Note: CPI offers waivers for the $225 fee to institutions that qualify.