The National Academies of Sciences, Engineering, and Medicine, an organization that works closely with a variety of government agencies and nonprofits, wrapped up a series of workshops last semester on anti-racism.

Academics from Duke University and Portland State University presented during the series.

The National Academies of Sciences, Engineering, and Medicine, an organization that works closely with a variety of government agencies and nonprofits, wrapped up a series of workshops last semester on anti-racism and diversity, equity, and inclusion (DEI).

Two professors were among the presenters.

"Exploring a Culture of Fairness, Respect, and Anti-racism Through Diversity, Equity, and Inclusion in Health Professions Education" ran from November 9, 2021, to March 23, 2022.

That same day, Dawn Richardson, associate dean of social justice at Portland State University School of Public Health, spoke about “the structures and the systems that maintain and uphold white supremacy at every level of the institutions in which we all sit.”

The workshops are now available on the National Academies' website for the use of university educators to eliminate “racism and discrimination within the health professions and education” and provide “the spark for initiating DEI and anti-racism curricula and structures.”

The educational material reflected common themes from Critical Race Theory (CRT), including the ideas that health inequities “are primarily the product and consequences of racism and not race.”

The effort to incorporate CRT-related curricula into schools of medicine and public health has been a trend in recent years, as Campus Reform has previously reported.

According to analysis by the watchdog organization Critical Race Training in Education, at least fifty medical schools in the United States have integrated, or plan to integrate, CRT into some aspect of their education.

Campus Reform contacted the National Academies and the Office of Richard Baker for comment but did not receive a response. This article will be updated accordingly. 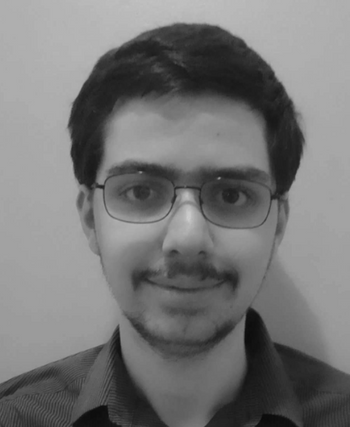 Mahmood Alomar is a Conservative Activist that wants to save America by exposing the Liberal Bias underneath the Nation's Institutions of Education. he studies chemistry at the University of Kentucky and hopes to be able to go to graduate school. Mahmood has been raised in the great state of Kentucky after his family left the socialism of Iraq in 2003. He Has worked in Center for Bioethical Reform to handout Anti-Abortion pamphlets.

Ben Cook is Correspondent Editor for Campus Reform. He has a PhD in philosophy from Syracuse University and a B.A. from the University of Central Florida, where he studied philosophy and political science. Ben has published professionally in the field of philosophy and has taught courses on political and moral theory. He also served as Fellow at the Jack Miller Center's Summer Institute on the republican tradition.