EXCLUSIVE: ‘You’re on the wrong side': Leftists strike again at UNM pro-life event

University of New Mexico leftists attempted to 'Abort Turning Point' by raging against the conservative group during its pro-life event Thursday night.

University of New Mexico (UNM) leftists attempted to “Abort Turning Point” by raging against the conservative group during its pro-life event Thursday night.

The students crowded outside of the Student Union Building to oppose Ian Haworth’s speech about “How Men Can Fight For Life,” which was co-hosted with the Students for Life chapter.

“How is she brown and supporting [Turning Point USA]?” one protester yelled to an attendee recording the crowd.

The pro-abortion mob pushed up against the security barricade protecting attendees and chanted “f**k Turning Point” and “f**k white lives.”

Other cries included “no justice on stolen land” and “my body my choice.” Others shouted “f**k you” and “go home,” while carrying signs that read “Misogyny Kills More Than Abortion,” “Get This Bigot Off My Campus,” and “Pro Life Kills.” 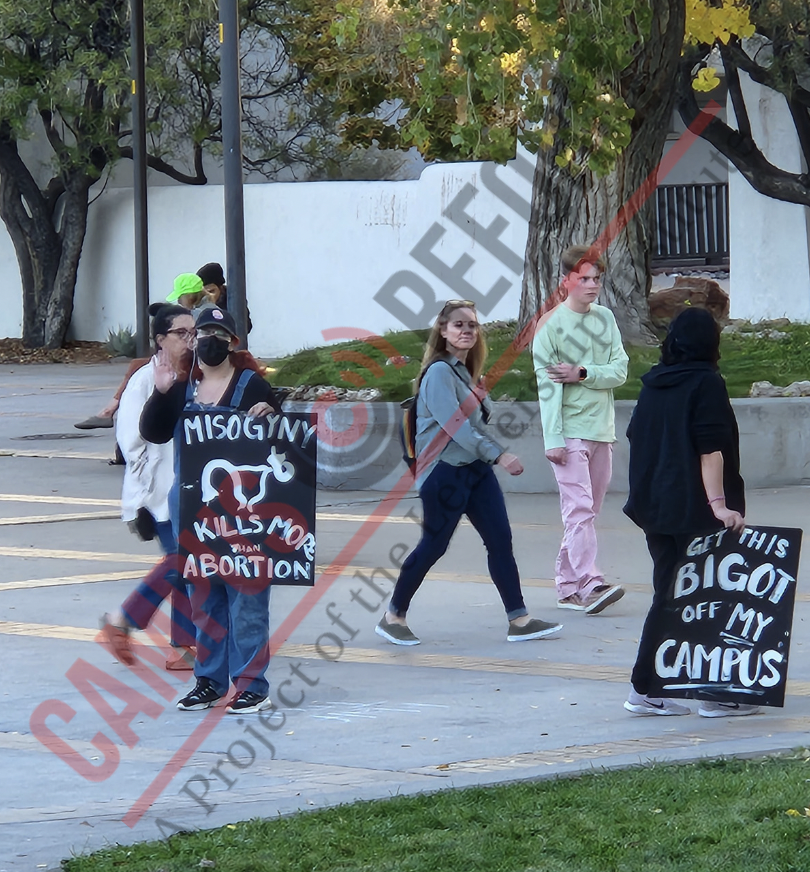 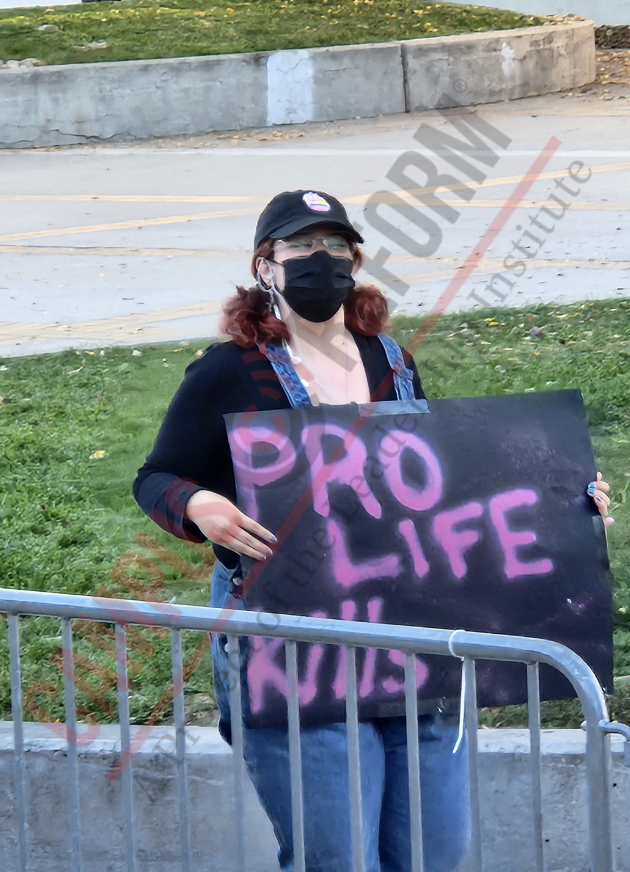 “The protest got way out of hand, and people were acting beyond crazy. It's amazing, and bizarre, to see people protesting our groups and speaker when they clearly have no idea what we support,” Victoria Trujillo, UNM SFL President, told Campus Reform.

The protest was organized by the activist group Fight For Our Lives (FFOL), which previously played a role in protesting conservative commentator Tomi Lahren’s speech last month at UNM, ending with a leftist student allegedly pulling the fire alarm.

“UNM Turning Point is back on their bullshit and once again bringing problematic speakers to our campus. Speakers whose intentions are clear: to spread misinformation and hate,” FFOL wrote on their Instagram account in the lead up to Thursday's protest.

“Let's show UNM Turning Point that no matter who they try to bring to our campus to normalize their far right [political] agenda, we will show up to shut down their hate speech every single time.”

Haworth told Campus Reform that the latest protest had little impact on the event.

“After Tomi Lahren’s speech was ruined because a bunch of moronic anti-free speech activists used violence to bully people off campus, the UNM TPUSA Chapter responded in the best way possible: by not backing down, and coming back even stronger,” he said.

“The latest event - where I gave a speech on how men can fight for life - went perfectly smoothly, thanks to a significant law enforcement presence keeping the protesters at bay.”

“Those who watch videos of the protests - both from my speech last night or Tomi Lahren’s speech a few weeks ago - need to realize that this isn’t a one-off, but part of a widespread and concerted effort to eradicate conservative voices from college campuses,” Haworth told Campus Reform.

He continued, “Turning Point USA - and specifically the UNM Chapter - should be applauded for refusing to back down. I also want to express gratitude to UNM PD, New Mexico State Police and campus security for keeping the students safe.”

UNM’s Women’s Resource Center also sponsored events providing students an outlet to express their opposition to TPUSA. The center invited students to prepare posters ahead of the rally, and provided a space for “connecting, resting, and resisting” during Haworth’s speech.

TPUSA chapter president and chair Erica Rodriguez told Campus Reform that Haworth was the final speaker planned for the semester, but the group intends to keep holding meetings throughout the fall.

Campus Reform contacted the chapters, UNM, FFOL, and Haworth for comment. This article will be updated accordingly.