PROF. ELLWANGER: The End of Affirmative Action on Campus? Don’t Bet on It.

If the Justices in the current cases truly want to end to affirmative action, history should tell them that it won’t be enough to merely fight against Harvard and UNC.

On Halloween, the Supreme Court heard arguments in the latest challenge to the use of affirmative action in college admissions. Asian-American students who were rejected from Harvard and the University of North Carolina (UNC) are arguing that those schools’ race-conscious admission policies rejected their applications in favor of admitting students with inferior academic performance from preferred minority groups. The new six-justice conservative majority on the court seemed receptive to the complaint, giving many hope that the long reign of affirmative action on campus may be coming to a close.

An end to race-conscious admission policies would be well-timed: In a memorable quote from the majority decision in Grutter v. Bollinger, which upheld affirmative action in higher education in 2003, Justice Sandra Day O’Connor stated that the “Court expects that 25 years from now, the use of racial preferences will no longer be necessary.”

Those words were written 19 years ago. But if the Justices in the current cases truly want to end to affirmative action, history should tell them that it won’t be enough to merely find against Harvard and UNC. Rather, their decision will need to explicitly state that henceforth, any alternative, novel, or unforeseen manipulations of the admissions process to achieve the same ends as earlier affirmative action policies will be viewed by the court as attempts to circumvent their ruling, and thus will be presumed to be prima facie violations.

Past rulings that sought to rein in colleges’ use of affirmative action resulted in workarounds of that sort. This was true in the aftermath of 1978’s Regents of the University of California v. Bakke, in which an aspiring white medical student sought redress for his rejection from the University of California – Davis in favor of minority applicants. Although the Supreme Court ruled against the use of racial quotas in admission, affirmative action remained common practice.

Another workaround resulted from the decision in 1996’s Hopwood v. Texas, which struck down University of Texas’s admission policy. In response, In an effort to achieve the same ends as the policies that had been deemed illegal, Texas passed House Bill 588, which granted students who graduated in the top 10% of their high school class automatic admission to all Texas public universities. This policy is still in place today despite a variety of problems.

Grutter v. Bollinger and Gratz v. Bollinger (2003) again saw the court limit affirmative action by outlawing the point-based systems which awarded applicants extra points if they belonged to minority groups. Nevertheless, despite nearly 50 years of legal decisions which narrowed the circumstances under which it is acceptable to privilege minority candidates, universities continue to work around the court’s restrictions. Today, it is clear that most universities are so adamantly preferential toward minority applicants that they will go to any length to circumvent limitations imposed by the courts, observing the letter, but ignoring the spirit of the law.

Having a diverse student population does have benefits. But when that diversity is achieved by means that are prejudicial rather than meritocratic, the entire campus community suffers. The court should not pass up the opportunity to ensure fairness and equality in college admissions – finally, once and for all. 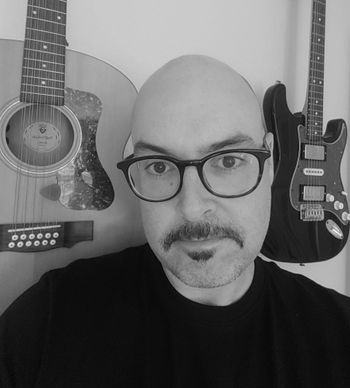