PROF JENKINS: Students have no right not to be offended

Being offended is a choice. Others can say what they want; you have no control over that. What you can control, however, is how you respond.

That’s a common refrain among far-left campus protestors, like the ones who show up at Matt Walsh’s events or those who recently shut down Ann Coulter’s speech at Cornell University, as reported by Campus Reform.

Of course, words are not literal violence. At best, what the protestors mean is that words they dislike or disagree with are analogous to violence. Such words are “hurtful,” which is to say their hurt some people’s feelings.

Simply put, the protesting students are offended. And they seem to believe they not only have a right not to be offended but that right somehow supersedes the First Amendment to the United States Constitution.

This is abject nonsense. There is no such right, and the sooner young people recognize and accept that fact, the sooner they will grow up and develop the ability to cope and ultimately thrive in this often-unfriendly world.

This is especially true for college students, whose professors will often go out of their way to challenge their charges’ worldview, forcing them to confront perspectives they may find uncomfortable.

And even if their professors don’t do that, the course material just might. As someone who teaches literature, I could not possibly put together a syllabus that does not include something someone might find offensive.

So my advice to college students, whichever slice of the political continuum they happen to inhabit—because conservative students can also succumb to hurt feelings and seek victim status—is as follows (and indeed, this the exact advice I give my own students at the beginning of each semester):

First, keep in mind that being offended is a choice. Others can say what they want; you have no control over that. What you can control, however, is how you respond.

In essence, you can choose not to be offended, even if someone’s words are objectively offensive—although that’s relatively rare. Most of the time, offense is subjective: something taken, not given.

More importantly, in the context of a college course, understand that being offended is an emotional response, not an intellectual one. The appropriate intellectual response to offensive speech, whether objectively wrong or merely subjectively distasteful, is to formulate a cogent rebuttal.

Why, exactly, is the speaker (or writer) wrong? Why are you right? What evidence can you marshal to support your position?

Unfortunately, as a society, we seem to have gotten the idea that the answer to offensive speech is to shut down or “cancel” the speaker. But that never works, long-term, as the history of oppressive regimes clearly shows. This is especially true in the United States, where many of us have grown accustomed to speaking our minds and view efforts to silence us as a personal challenge.

Instead, the antidote to wrong or offensive speech is more speech, not less. When it becomes apparent that a bad idea cannot withstand reasoned argument, then it will die, and not before. That, in my humble opinion, is one of the main things people go to college to learn. 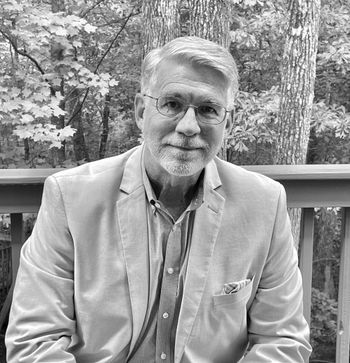