The University of Nebraska-Lincoln is pushing back against the insinuation that it is hostile to conservative students, as three state senators recently alleged.

The senators raised several questions in a recent op-ed about UNL's handling of the harassment of a conservative student by several professors, but the school's president and chancellor insist that they have taken appropriate action. 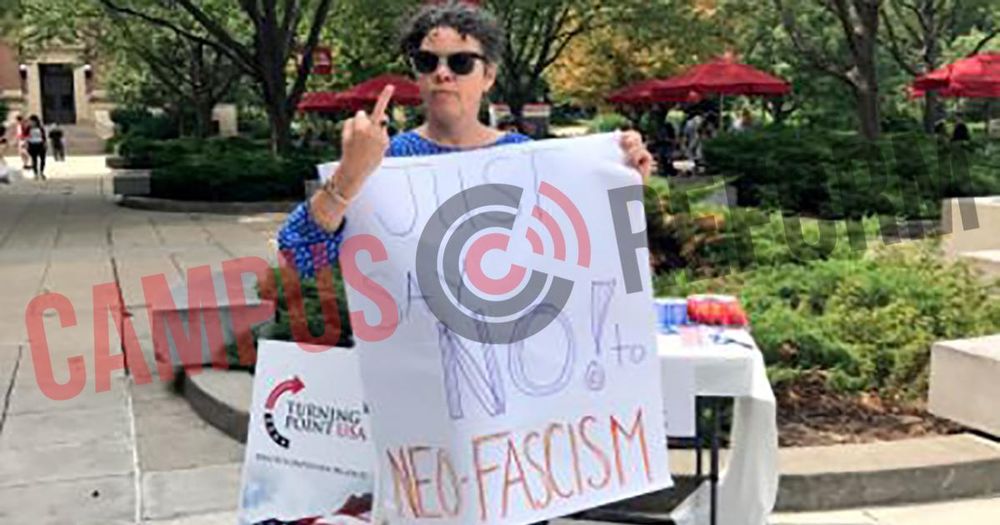 The University of Nebraska-Lincoln is pushing back against the insinuation that it is hostile to conservative students, as three state senators recently alleged.

The three Republican state senators—Steve Halloran, Steve Erdman, and Tom Brewer—asked in a recent op-ed in The Hastings Tribune whether the university is hostile towards conservative students, and questioned its ability to hold an honest investigation of an incident when a conservative student is involved.

[RELATED: Lawmakers demand to know why UNL is hostile to conservatives]

The senators wrote their op-ed after graduate student instructor Courtney Lawton and several professors harassed the president of the school’s Turning Point USA chapter, Katie Mullen, while she was trying to recruit new members on campus.

UNL President Hank Bounds and Chancellor Ronnie Green appeared on Drive Time Lincoln on KLIN to respond to the op-ed, with Bounds insisting that “we have not defended [Lawton’s actions] for one second.”

Bounds went on to say that none of the senators had contacted the administration to ask the questions and had instead sent their op-ed to the media first.

“We never had a conversation with [the senators] about this,” he asserted. “I went to see Senator Brewer two weeks ago and discussed this matter with him. He told me at that time that he thought that the issue was overblown and we needed to get past it and focus on the things that are important to the future of the university.”

With regard to Senator Steve Erdman, Bounds said he had received “an email [from the senator] that...um...was very critical of me,” after which he called Erdman and reached “a gentleman's agreement that if he had further questions, that he would call me or I would call him”—something Bounds claimed “has not happened.”

A spokesperson for Erdman, however, told Campus Reform that “Sen. Erdman tried to call Ronnie Green five or six times back in August,” but that Green took “approximately 12 days” to respond.

“That is when Sen. Erdman gave up and decided to just go to the press the first time,” the spokesperson said.

“I don’t know how much more abundantly clear we can be that that behavior was improper and that we have taken action,” he added.

The chancellor and president said they are reviewing policies regarding freedom of expression at the UNL, and the chancellor said that he will be sending a proposal to the Board of Regents for consideration in the near future.

The two were also asked if there is a code of conduct for faculty, to which Chancellor Green replied “yes, there is,” but that it is more complicated than that.

“This was an instance that involved a table, and that table was relaying information about an organization in a manner that was certainly open to doing that, and was not clear to everyone in this picture that this was a student because this organization was not a registered student organization recognized on the campus,” Green said.

“There was confusion amongst the individuals involved as to who was the representative there; they did not recognize this was a student at the University of Nebraska,” he continued, conceding that the employees erred because “they didn’t find that out or didn’t know that.”

President Bounds quickly interjected, saying, "it wouldn’t have mattered who it was; the behavior was wrong and we don’t condone it.”

Commenting on the situation as a whole, Bounds acknowledged that “campuses are places that should foster differing opinions, and we are not interested in creating 'safe spaces,’” adding that “university campuses are where you explore different ideas and get exposed to different ideas and are challenged in your thinking, and that has to be balanced against the views of others.”