A bulletin board in a Cornell University residence hall is encouraging students to “Stay Woke” by learning the definitions of various terms related to social justice and identity politics.

"[Social Justice]: a state or doctrine of egalitarianism."

Passersby can look behind each term to find a definition provided by the board’s creators, knowledge of which will presumably aid in their efforts to “stay woke.” 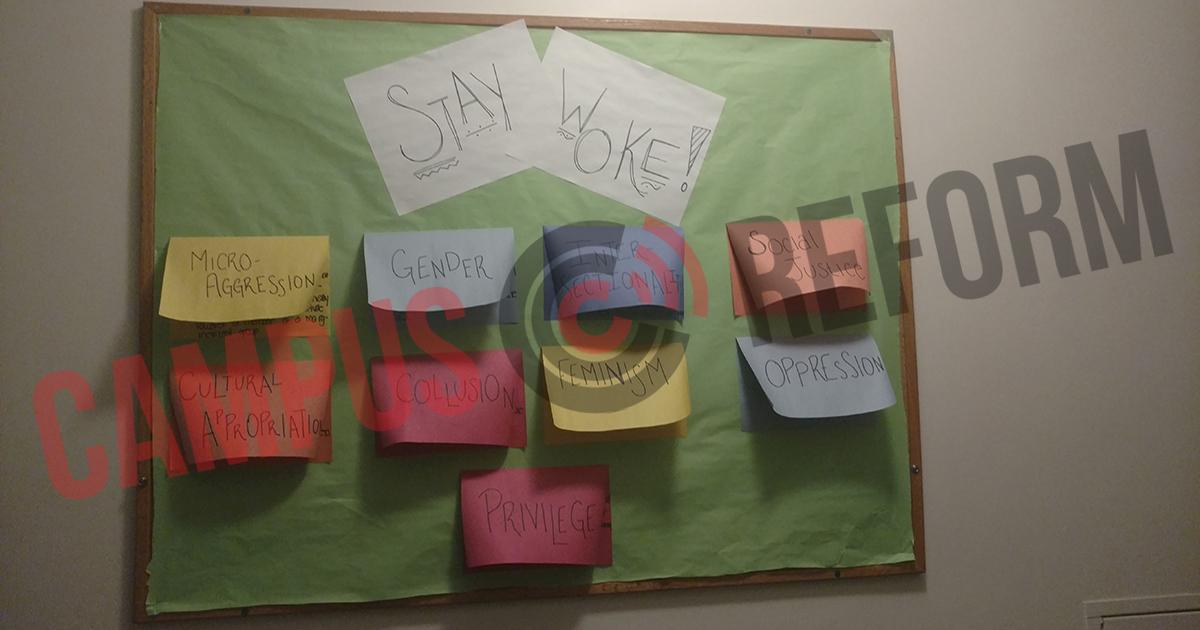 The display defines social justice, for instance, as “a state or doctrine of egalitarianism.”

“Gender,” meanwhile is defined as “the behavioral, cultural, or psychological traits typically associated with one sex." 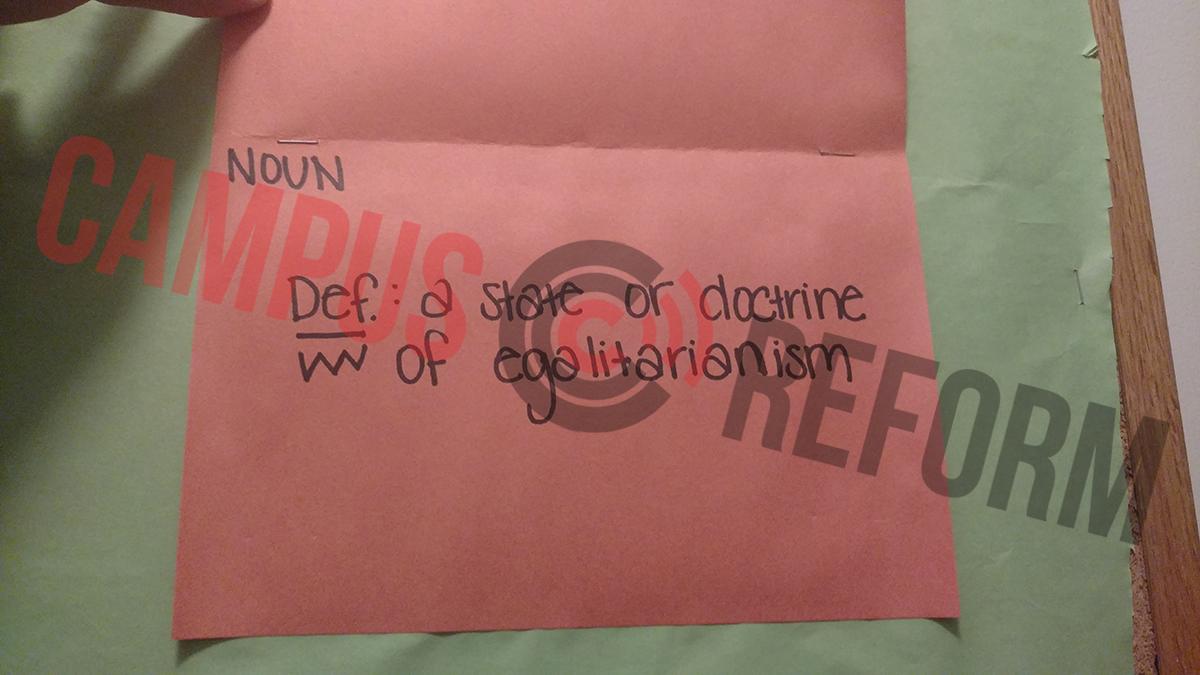 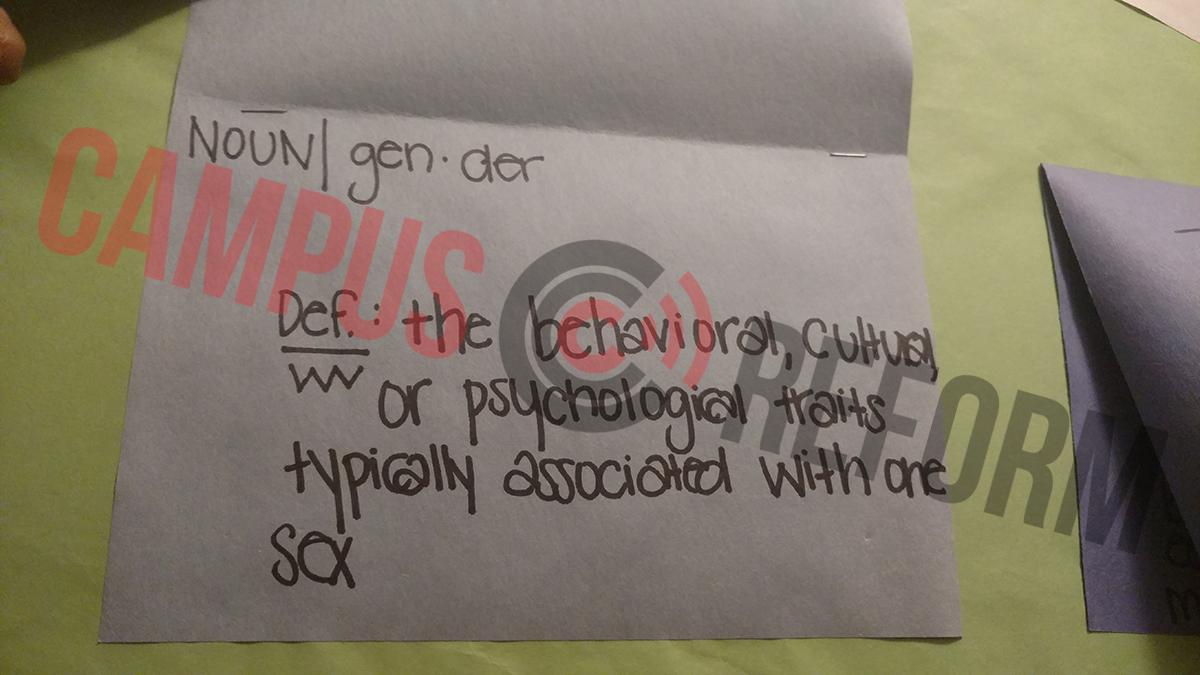 A “microaggression,” according to the display, is any “comment or action that subtly and often unconsciously or unintentionally expressed a prejudiced attitude,” albeit only when directed “toward a member of a marginalized group.”

The display also defines “intersectionality”—a common concept in social justice literature—saying it refers to “the complex way in which the effects of multiple forms of discrimination combine, overlap, or intersect[,] especially in the experiences of marginalized groups” [emphasis in original]. 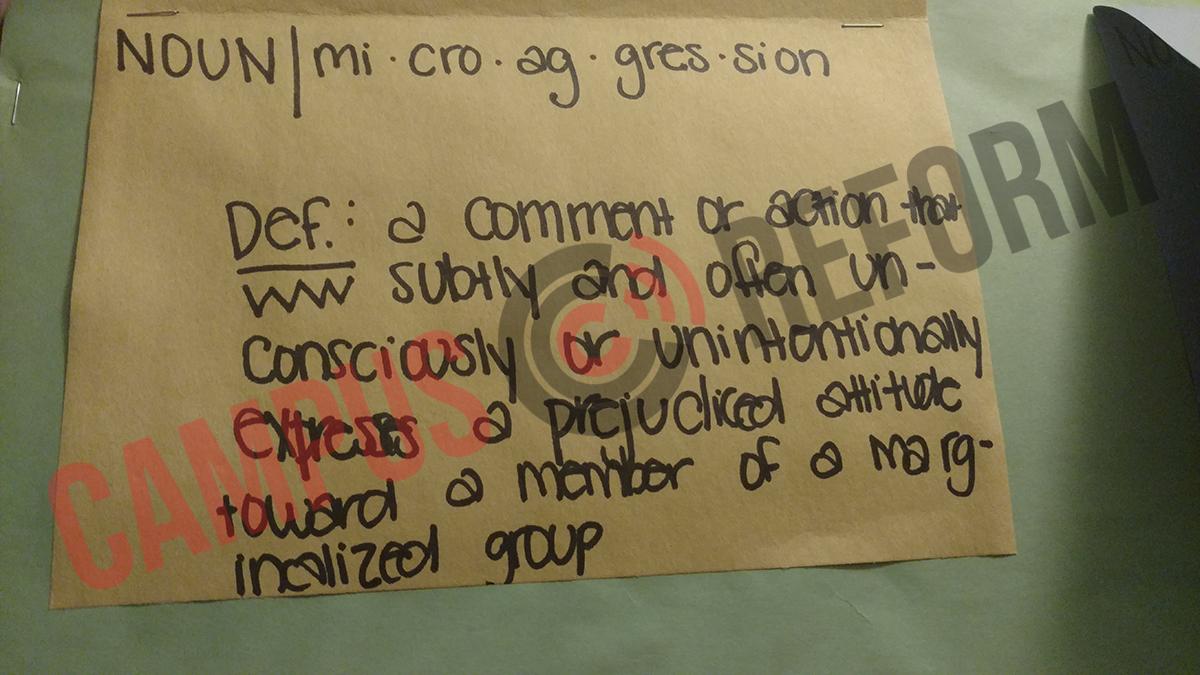 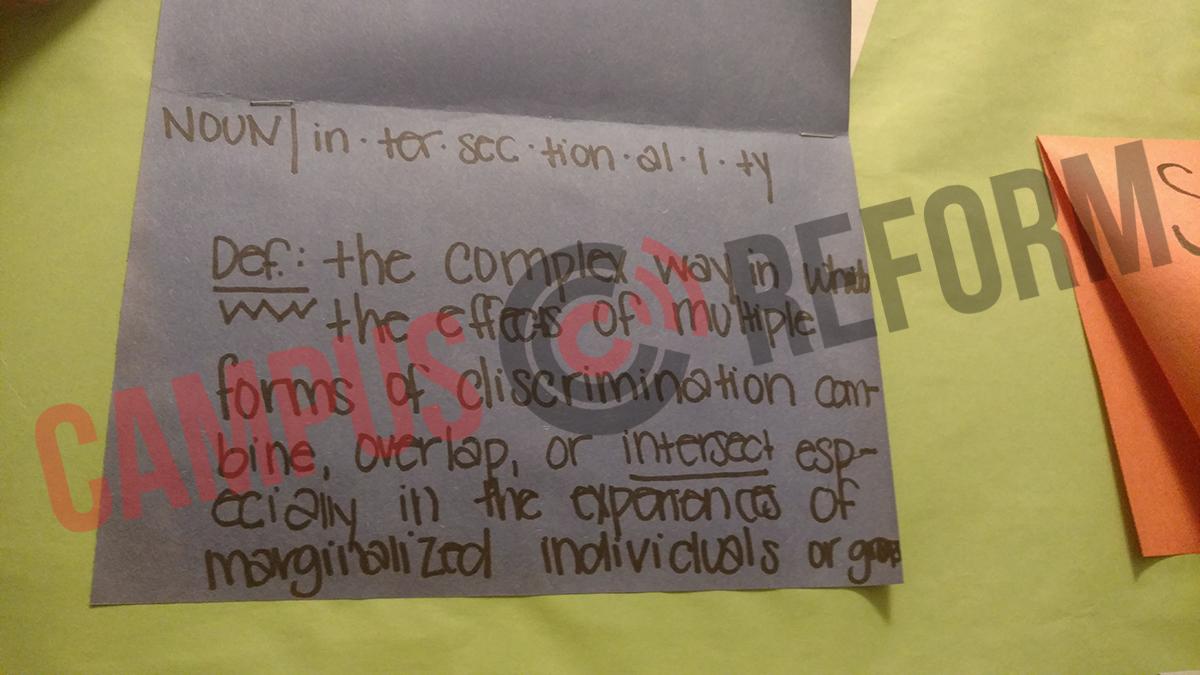 Campus Reform reached out to Residence Hall Director Perdita Das for additional detail concerning the display’s purpose and origin, but did not receive a response.