Hundreds of posters advertising an upcoming Rick Santorum speech at George Washington University were vandalized within 24 hours, including those posted on students’ dorm rooms.

Before-and-after pictures of various locations on campus show that posters, which had been hung up the previous night, were all missing the following morning.

"It’s very discouraging that we are continually the only student organization on campus to be targeted."

Young America’s Foundation, which is hosting Santorum for the upcoming event on the Second Amendment, informed Campus Reform that it has filed a report with the University Police Department for stalking and destruction of property, but is skeptical that anything will come from it. 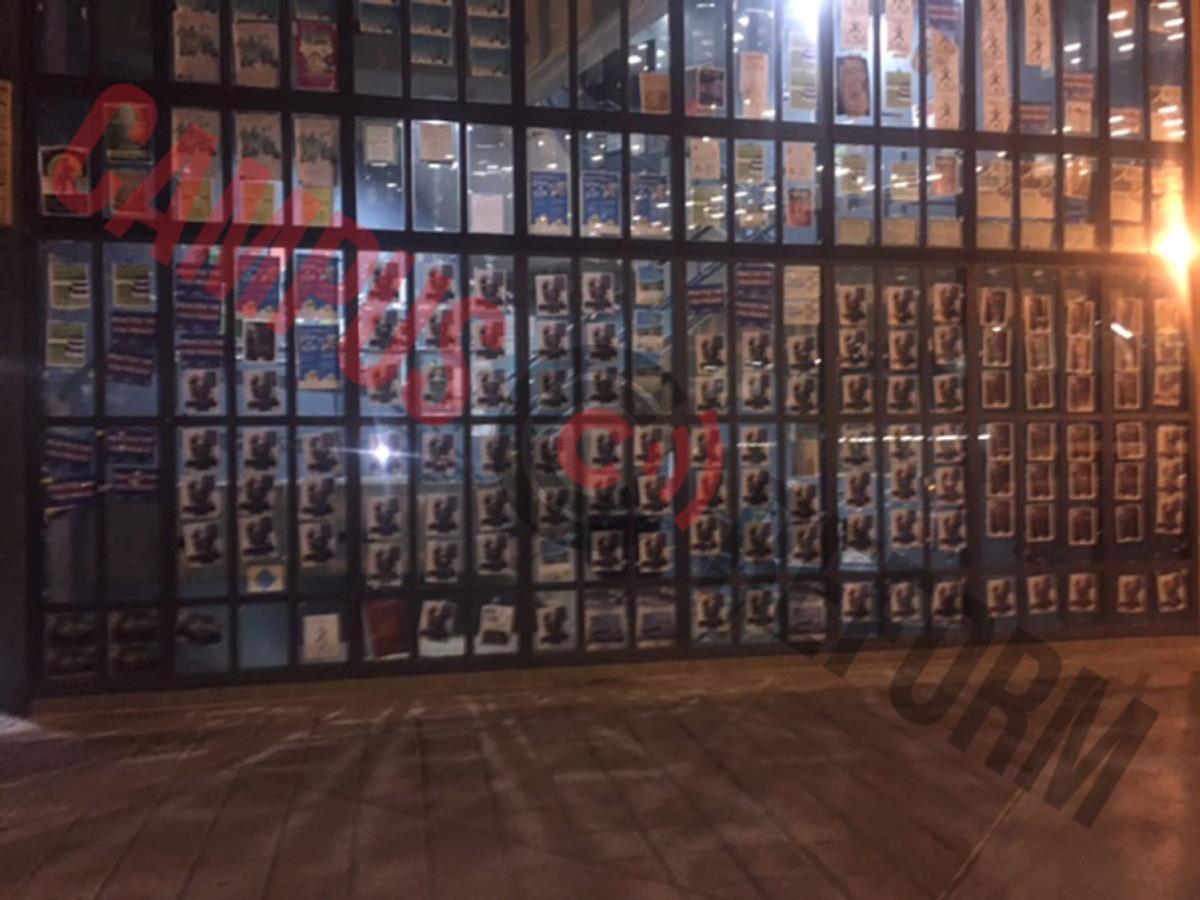 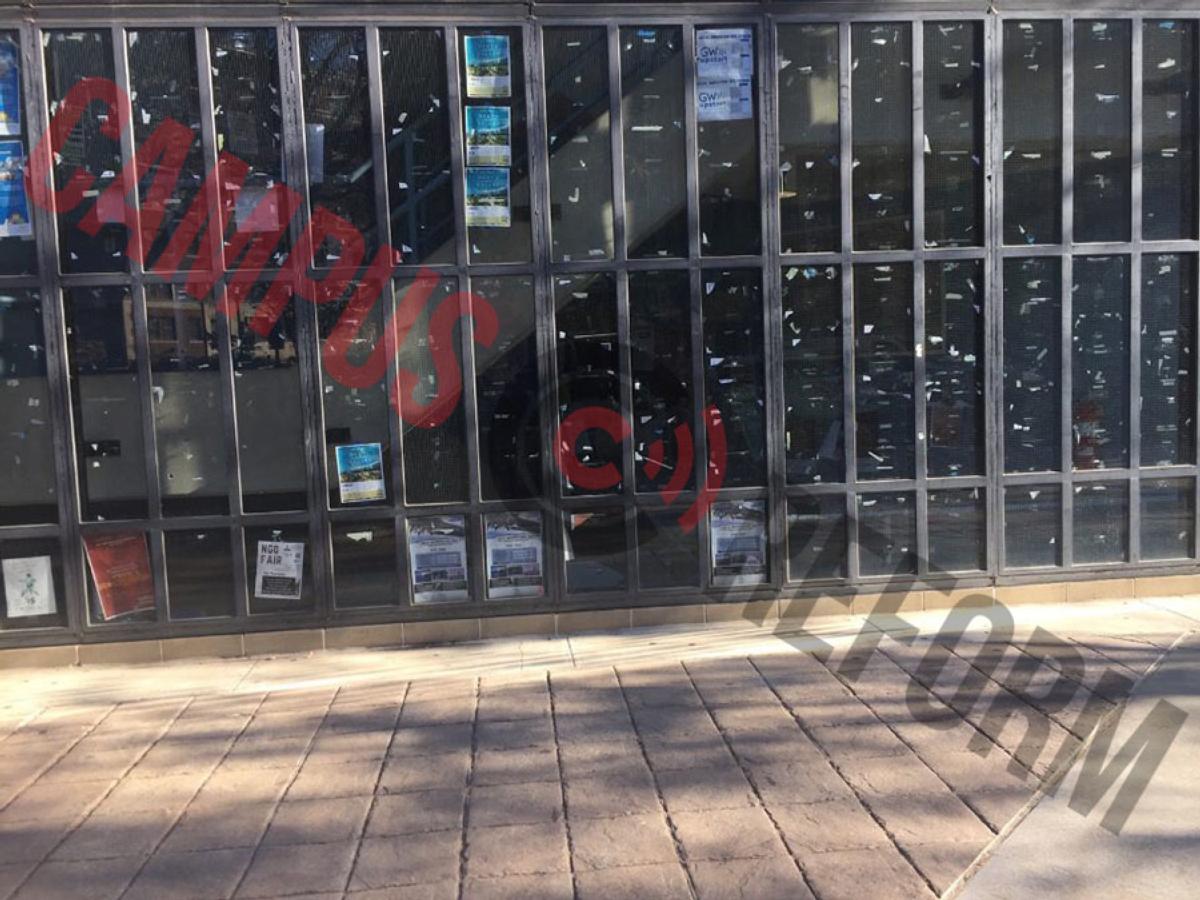 “We don’t know if they will do anything since in the past we’ve filed UPD reports about our posters being torn down (with photo proof of some vandals in the act) and nothing ever happened,” YAF member Kara Zupkus told Campus Reform, noting that some members reported being followed by expected vandals this time around.

The vandals even repeatedly targeted a YAF member’s dorm room door, which was plastered with advertisements for the event, eventually leaving two anonymous notes after the student replaced the flyers.

“How many more need to die before you swallow your pride?” one note read, while the other declared that "your rights end where the rights of others begin." 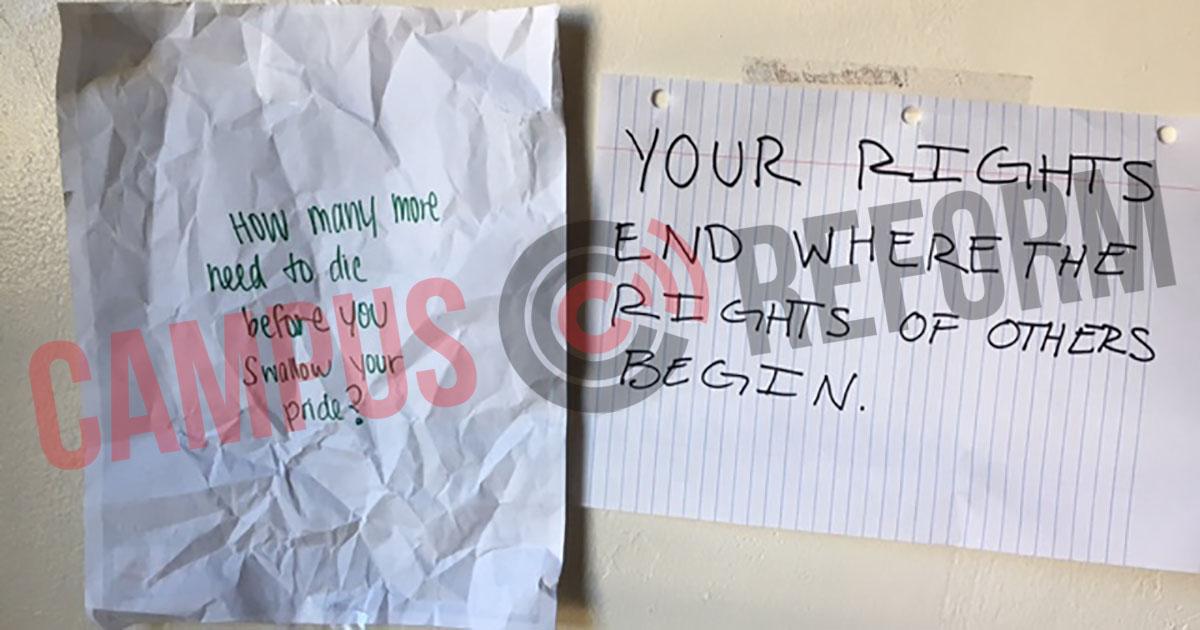 Notably, the group printed another 600 flyers to repost around campus in addition to the initial 500 that were vandalized, racking up the cost of printing.

“We’ve spent hours postering for this event, and it’s very discouraging that we are continually the only student organization on campus to be targeted,” Zupkus added.

Campus Reform reached out to UPD for details on its investigation, and is currently awaiting a response. This article will be updated if and when any additional information is received.