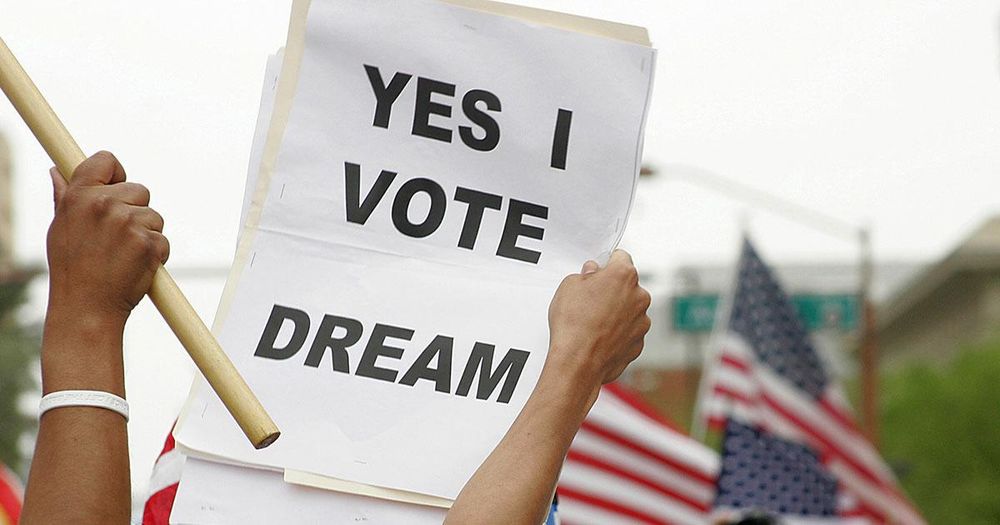 The event titled “Immigration Forum: Students Speak Out!” took place Monday and featured several guest lecturers, including elected officials, who led the roughly 300 audience members in chants of “This is what democracy looks like,” “Student power,” and more, The Daily Bruin reported.

[RELATED: New scholarship to hand out $20 million to DACA students]

According to the publication, the main organizers of the event were the students of the labor and workplace studies class that primarily focuses on examining issues related to the immigration rights movement, though a Facebook event page indicates that the UCLA Institute for Research on Labor and Employment (IRLE) and three other departments also collaborated on the event.

The UCLA Labor Center advertised the event in late February, tweeting a short promotional video for the forum on the “current state of #DACA and the future of #UndocumentedImmigrants living in the United States.”

The Labor Center, as well as its project the “Dream Resource Center,” also tweeted updates throughout the event, posting videos of various activities and lectures that were presented during the forum.

“Immigrants add value in so many ways to the communities where they live, work, and study,” the IRLE tweeted Monday. “Today, thousands of Dreamers and allies are calling on our leaders to defend DACA. #UndocumentedUnafraid.”

“DACA recipients have contributed billions of dollars to the U.S. economy by bringing our skills and talents to the American workforce, helping to create jobs and raise wages for native-born workers along the way,” the institute wrote in another tweet.

According to the Bruin, Kent Wong, director of the UCLA Labor Center, praised the instructor who spearheaded the event, Maria Ignacia Rodriguez, noting that she was one of the first undocumented student graduates of the UCLA School of Law.

Wong also explained that the timing of the forum is intended to coincide with the Trump administration’s promise to end DACA by early March.

“This day…was the day Donald Trump hoped to kill DACA and crush the dreams of 700,000 DACA youth across the country,” Wong told the newspaper. “We are here today to tell him he will never crush those dreams.”

Also present for the event were several elected officials, including the author of the California Dream Act, Gilbert Cedillo, and former Obama administration Secretary of Labor Hilda Solis, both of whom encouraged attendees to follow up their words with action by supporting Democratic candidates in local and national elections.

“We have to be strategic: Elections matter,” Cedillo said, according to the Bruin. “I’m all for protests, but I’m also for winning elections because those votes count the most.”

Solis, meanwhile, told the audience that “what President Trump wanted to do was wipe us all off,” saying “the solution is going to be that we continue to advocate for having our voices heard and demonstrating the power we all have.”