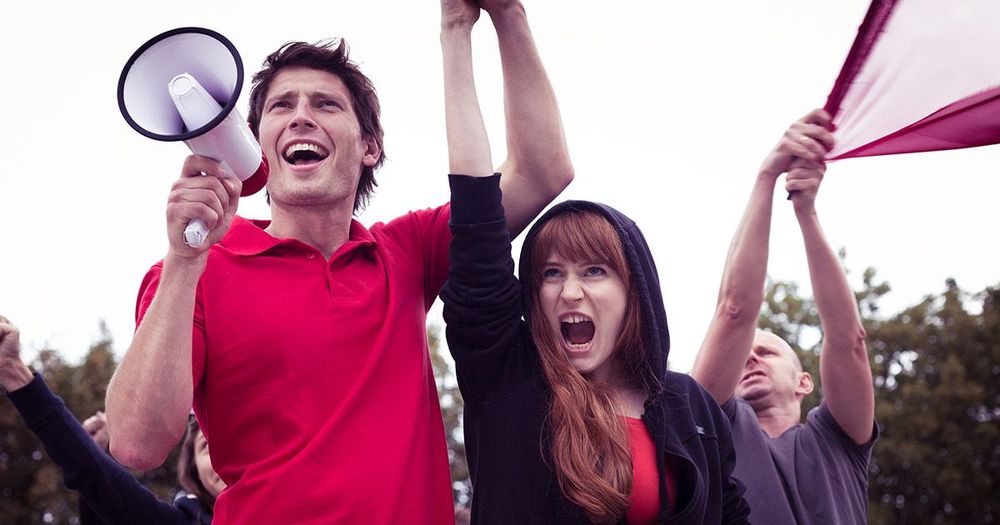 A new report published by the American Council of Trustees and Alumni (ACTA) suggests that ideological intolerance on college campuses could have a profoundly negative effect on society.

In a new research essay titled “Campus Intolerance, Then & Now: The Influence of Marcusian Ideology,” Guenter Lewy, Professor Emeritus of Political Science at the University of Massachusetts-Amherst, argues that the modern campus culture of intolerance for conflicting viewpoints is not an isolated phenomenon, but is in fact derived from a dangerous historical source.

“Freedom of expression is threatened on today’s college campuses. Speakers who challenge what a vocal group considers right and just are too often disinvited or shouted down, creating an atmosphere of harassment and intimidation,” the paper begins. “At all too many campuses, speech codes, ‘safe spaces,’ rules against so-called ‘micro-aggressions,’ and ‘trigger warnings’ seek to protect students against ideas they deem offensive.”

According to Lewy, this shows that “history has repeated itself,” because “when today’s students identify speech as violence and feel they can meet it with coercion, they are echoing Herbert Marcuse,” a German immigrant and academic who played a key role in creating the “ideology of the New Left” that became prominent during the 1960s.

“While some aspects of the campus assault on free speech are new, the ideological assumptions used to justify this level of intolerance are not,” Lewy contends. “Their philosophical roots can be traced back to similar waves of unrest during the 1960s that emerged in the course of protests against the Vietnam War.”

The report further suggests that during recent waves of social unrest on college campuses, “Marcuse’s defense of revolutionary violence has found new spokespeople.”

Specifically, the scholar highlights a connection between Marcuse’s ideology and the violent tactics utilized by Anti-fascist (Antifa) organizations that have caused thousands of dollars in property damage all around the nation.

“A loose grouping of radical activists, known as ‘antifa’ (a contraction of the word anti-fascist), appears to be the kind of leftist force sought by the supporters of Marcuse,” he says. “Antifa has fought with Trump supporters at political rallies and with conservative opponents on college campuses.”

In addition to Antifa violence, Lewy also calls attention to the organized disruptions of provocative or controversial speech that has become a prominent feature of modern college campus.

“According to data compiled by the Foundation for Individual Rights in Education (FIRE), between 2000 and the spring of 2017 there were 342 successful campaigns launched at U.S. colleges and universities to prevent public figures from speaking, most of them since 2009,” he observes. “The great majority of these efforts to suppress freedom of expression came from groups associated with the political Left, and they reveal the re-emergence on college campuses of a culture of ‘discriminating tolerance’ in the spirit of Herbert Marcuse.”

Despite the widespread problems on college campuses, however, Lewy argues that there are signs of hope for the future of higher education in America.

“[T]here are signs that some educators have become aware of the seriousness of this situation,” the professor observes. “In a report issued in early 2017, FIRE noted that whereas in 2008, 79% of public colleges and universities had speech codes, nine years later, in 2017, that percentage had declined to under 40%.”

“The general environment in higher education with respect to freedom of expression remains severely challenged, but there is reason to think that a turnaround is underway,” Lewy concludes. “Organizations such as ACTA, FIRE, the National Association of Scholars, and Heterodox Academy have done yeoman work, and many times have been able to persuade colleges and universities to protect free expression and avoid the inevitable embarrassment of violating the core principles of the academy.”