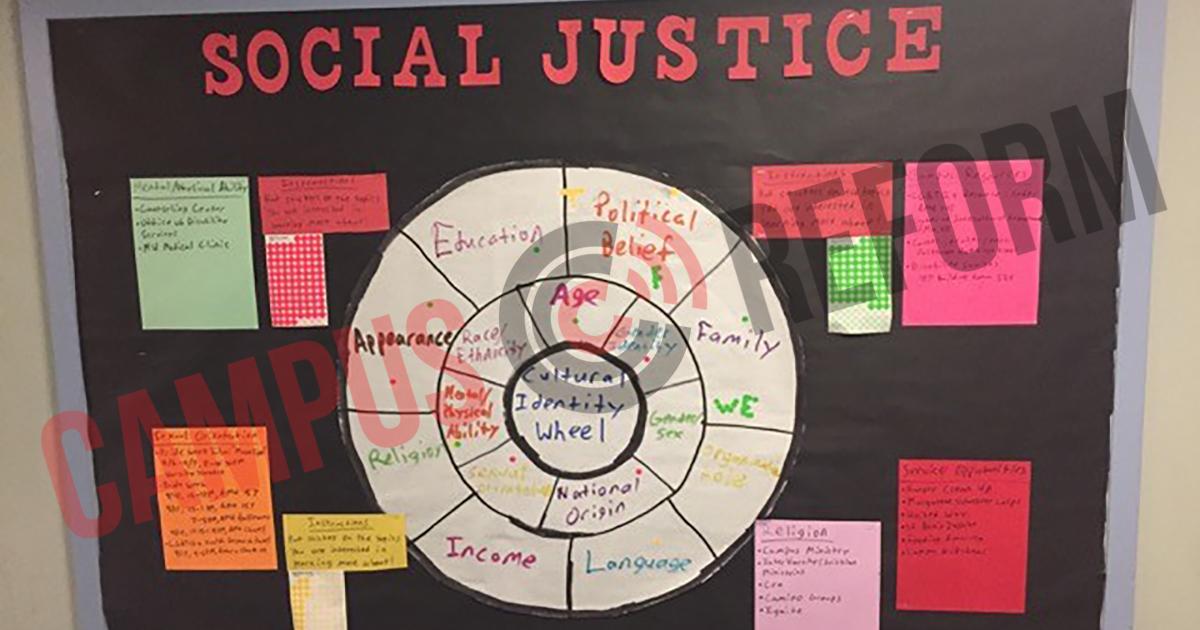 The "Cultural Identity Wheel" at the center of the bulletin board in McCormick Hall listed a variety of terms that commonly arise in the context of social justice, arranged in two concentric circles.

The bulletin board display also included several sheets of stickers, instructing students to place them “on the topics you are interested in learning more about.”

On either side of the “Cultural Identity Wheel,” the board provided lists of resources available to students who conform to some of the identities listed.

Under the heading "Campus Resources," for instance, it directed students toward the "LGBTQ+ Resource Center," the "Center for Intercultural Engagement," the "Career Service Center," and the "Disability Center."

The upper-left corner of the display contains a similar list of resources for those dealing with "Mental/Physical Ability" issues, suggesting that they consult the "Counseling Center," the “Office of Disability Services," or the "MU Medical Clinic."

The bottom-right corner of the poster describes resources relevant to “Religion” and “Service Opportunities,” while the bottom-left advertises upcoming events pertaining to “Sexual Orientation,” noting that Pride Week 2018 will take place at Marquette from April 6 to April 14 2018, followed by "Pride Prom 2018."

McCormick Hall has a total of thirteen floors with versions of the “display” on each floor in the building. The other displays, also titled “Social Justice,” present similar, and in many cases identical, content.

Campus Reform reached out to the Residence Hall Director for comment, but has not received a response.