Vandal smashes glass display case to get at Republican flyer

Nikita Vladimirov Correspondents Editor @nikvofficial on Apr 17, 2018 at 11:13 AM EDT 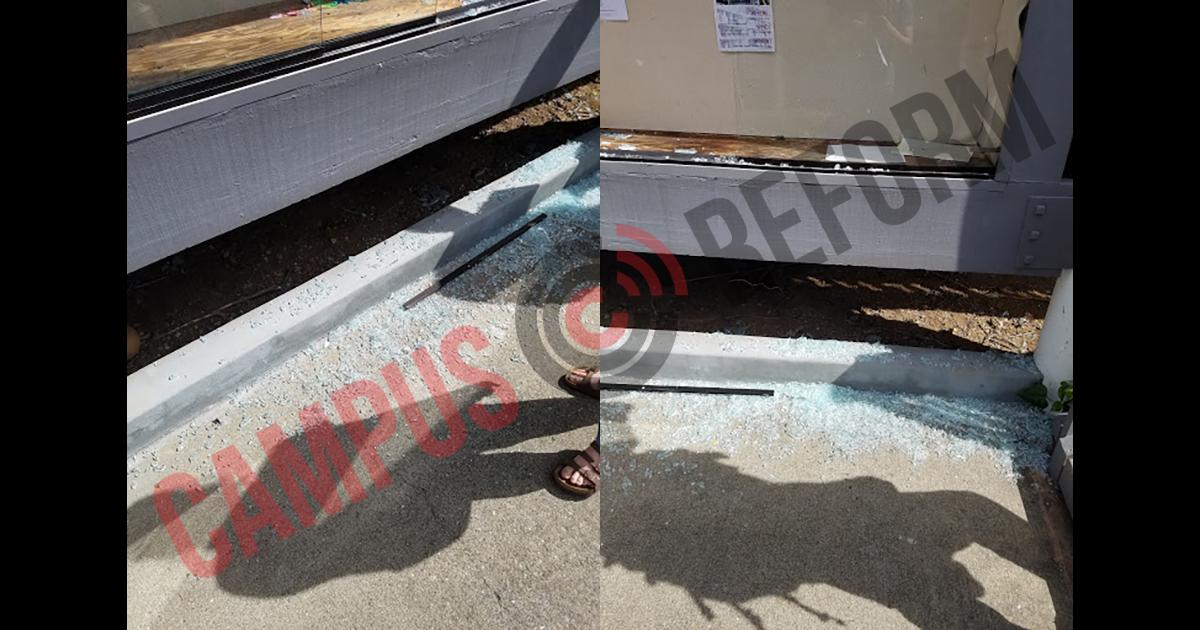 Political activists at Cabrillo College have allegedly damaged school property in an attempt to vandalize recruitment flyers posted by the Republicans and Libertarians Club on campus.

Images and videos obtained by Campus Reform depict the aftermath of one recent instance, showing the smashed glass panel of a large student billboard and a defaced placard advertising the club’s first meeting last week.

"Every time we confront someone about tearing down our posters, they say that it is because they disagree or that we are fascists and bigots."

After breaking the glass, the unidentified perpetrator proceeded to vandalize the sign by adding text above the student group’s call to join the campus organization.

"Are you homophobic, sexist, or racist?” the scribbled message read.

Cabrillo Republicans President Nikolas Osorio told Campus Reform that the vandal fled after the defacing the poster, and was later confronted by law enforcement at a nearby veterans center, but there is no arrest record indicating that the individual was charged with any crimes.

“It is disheartening that people find it necessary to tear down our posters, they aren't even extreme in any way. The only goal of these posters was to advertise when we meet,” Osorio said. “We have probably put up dozens of posters already, and there are less than ten up, as of now.”

“Every time we confront someone about tearing down our posters, they say that it is because they disagree or that we are fascists and bigots,” he continued. “It seems like the people who vandalize our posters are either associating the Republican Party with extremists, or they are extremists themselves and trying to stop our club from functioning.”

Osorio also noted that the Student Services Committee is slated “to discuss posting regulations and requiring approval for postings” on Tuesday.

UPDATE: In a statement to Campus Reform, a Cabrillo College Student Services representative vowed that the college “actively investigates these incidents, as they are both a criminal act as well as a violation of the Cabrillo Student Code of Conduct.”

“Students who are found guilty of such acts are disciplined by the school and also face legal consequences,” the official added. “Cabrillo College takes these matters very seriously and does not tolerate this sort of behavior.”