Carter strikes note of unity at Liberty U commencement 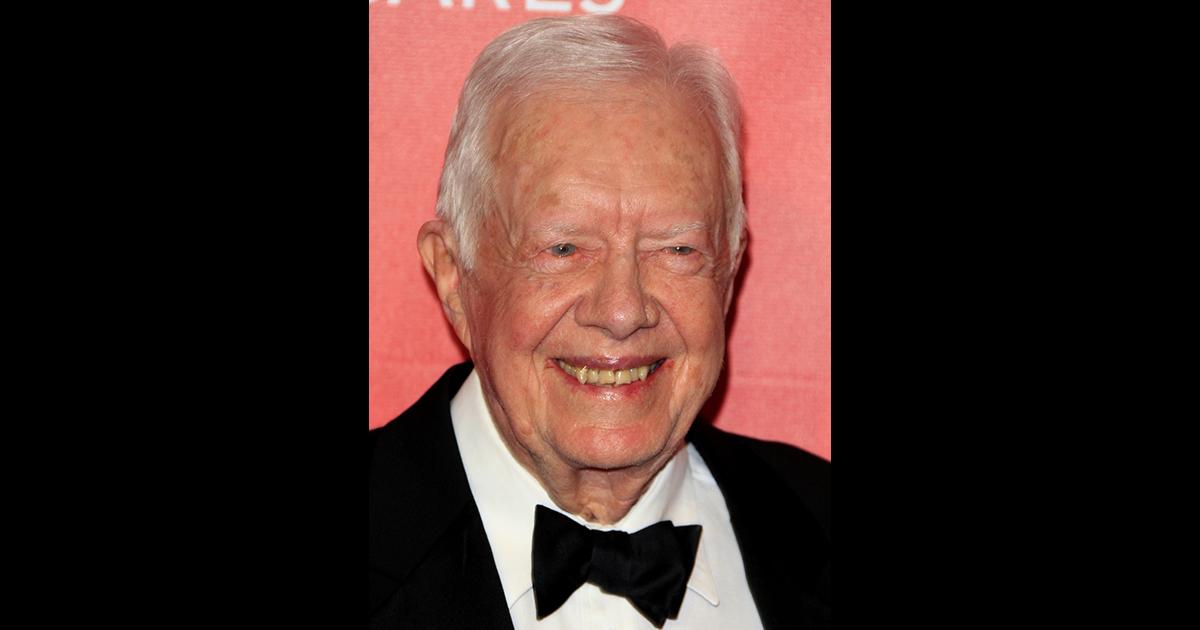 Thousands of students, friends, and family members braved the rainy weather to hear from the 39th President of the United States, who served from 1977 to 1981.

"I think it’s really cool anytime you can hear a former president speak."

Carter was warmly welcomed by the family of university President Jerry Falwell, Jr. on Friday night, who gave him a tour of the campus and hosted him for formal dinner. He also took pictures with a few lucky graduates Friday night before the baccalaureate ceremony.

“Enjoyed touring former President Jimmy Carter around @LibertyU this afternoon.  We are looking forward to hearing him address the class of 2018 tomorrow at Commencement,” Falwell tweeted on Friday.

[RELATED: ANALYSIS: Liberty U a rare haven for conservative speakers]

Falwell called welcoming Carter to commencement one of “the highest honors” of his life.

Carter, a lifelong Democrat and opponent of Ronald Reagan in the 1980 presidential election, gave a faith-based message to the new graduates before receiving an honorary doctorate from the school.

Carter praised the school’s online program, noting that it allows minorities and underprivileged students to get a college education at an affordable price.

The former president said he was “somewhat surprised” that he was invited to speak at this year’s commencement, noting that he received numerous critical letters from students of the university during his time as president due to his relinquishment of the Panama Canal and formation of the Department of Education.

Carter encouraged graduates to love their neighbors and make disciples for Christ, referencing his missionary efforts in Ethiopia to treat diseases.

“We can treat as many as 10 million people in five days,” he said.

Carter’s humanitarian efforts have worked to end the spread of deadly diseases around the world. Additionally, Carter has led a Habitat for Humanity chapter where 293 homes have been built in the Philippines.

Carter said he lived during the two most difficult times the country had ever faced: the Great Depression and World War II. Carter quoted one of his favorite teachers, saying that Americans must stick to their principles when times get hard.

“Baptists ought to come together as friends and not be alienated from one another,” he said.

Carter was also critical of the United Nations, noting the organization has “failed” to protect and promote human rights.

Carter concluded by encouraging peace across the globe, arguing that the United States should not be so quick to “fight our enemies” in battles of war.

“Follow the mandates of the Prince of Peace,” he concluded, referring to the teachings of Jesus Christ. “Our nation should be known as a champion of peace, a champion of equality, and a champion of human rights, admired for our generosity and other moral values.”

“I think it’s really cool anytime you can hear a former president speak,” law student Hannah Harris told Campus Reform. “I think his speech was very insightful and really a great display of activism and humanitarianism. Jimmy Carter is a great example of the true ‘American Dream.’”

“Overall, I found the speech a very broad reflection on the many problems that plague our world today,” he told Campus Reform. “While it at times seemed like Carter was almost campaigning for public office, he made it a point to reflect on the need for peace with everyone, which is certainly an admirable goal.”

“He appealed to the graduates as a whole to encourage positive change, which I hope to bring into my education,” Johnson continued. “His quotation of his teacher was especially inspiring to me: ‘We must accommodate changing times, but we must live by unchanging principles.’”

Secretary of Housing and Urban Development Ben Carson was also in attendance, delivering the commencement address for the university’s first graduation for the College of Osteopathic Medicine.

Carson received an Honorary Doctorate of Science degree from the school.