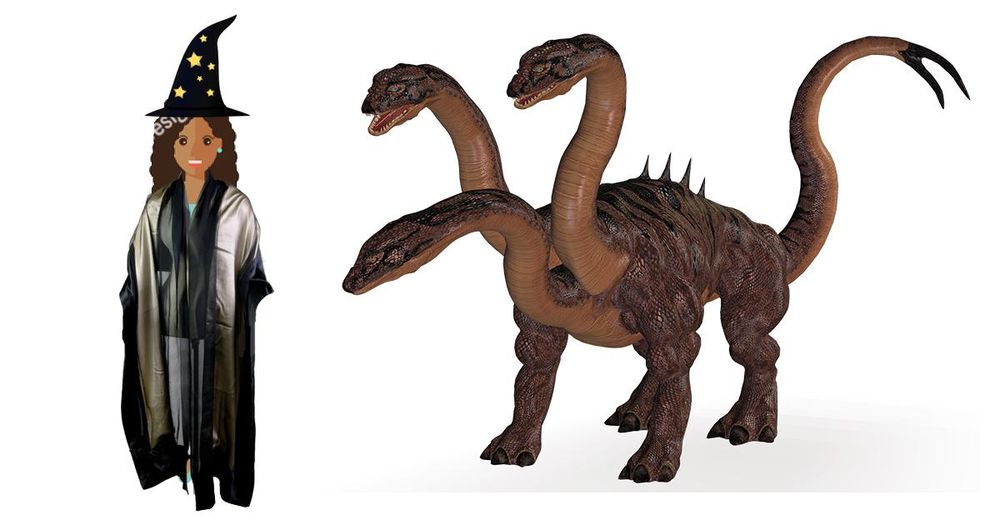 “Plato’s Evil Closet” is an open-source video game that Sandusky created for a Master’s Thesis in Computer Science, which aims to “use video games to challenge white heteropatriarchy.”

Plato’s Evil Closet, Sandusky explains, is a “challenging non-violent dungeon crawler that stars a queer woman of color and acts as a metaphor for fighting white heteropatriarchy—at its core, a system that privileges whiteness, heterosexuality and masculinity.”

“The dungeon represents white heteropatriarchy, and the various monsters represent aspects of this system,” writes Sandusky, adding that to win, the protagonist must “collect” a “diverse set” of “friends” to escape.

“In order to escape the dungeon, the player needs at least two friends. If they try to exit before meeting this requirement, they are informed that the door is too heavy,” Sandusky reveals. “This is intended to represent the importance of solidarity. One person, or group, cannot escape the dungeon, or patriarchy, without the help of others.”

[RELATED: Profs use video games to teach about ‘white privilege’]

Unlike many video games, Sandusky’s game deliberately eschews both violence and competition, following a critique of games mounted by other academics.

“By taking a traditionally violent genre like dungeon crawler and removing the player’s ability to kill enemies, I aim to prove video games do not have to be violent to be fun,” Sandusky says.

“By making a hard yet nonviolent game, I challenge ideas about casual and hardcore games and their gendered nature,” Sandusky continues. “By including diverse characters and constructing the dungeon as a metaphor for patriarchy, I…. provide underrepresented players a character and story with which they can hopefully relate.”

[RELATED: UMN tells students that ‘privilege’ helps them ‘level up’]

The notion that traditional video games are harmful is not new.

In the book, Paul contends that meritocracy is evidenced by how video games value “skill and technique,” and argues that this meritocracy fuels everything from “the deep bred misogyny epitomized by Gamergate” to “sexist industry practices.”

Another book due to be published in the fall by the University of Washington Press, #Woke Gaming, will argue that video games “perpetuate injustice” and hurt “marginalized bodies.”

“Video games perpetuate injustice and [mirror] those inequities and violence that permeate society,” write professors Kishonna Grey and David Leonard, who add that these games often “encode the injustices that pervade society as a whole.”