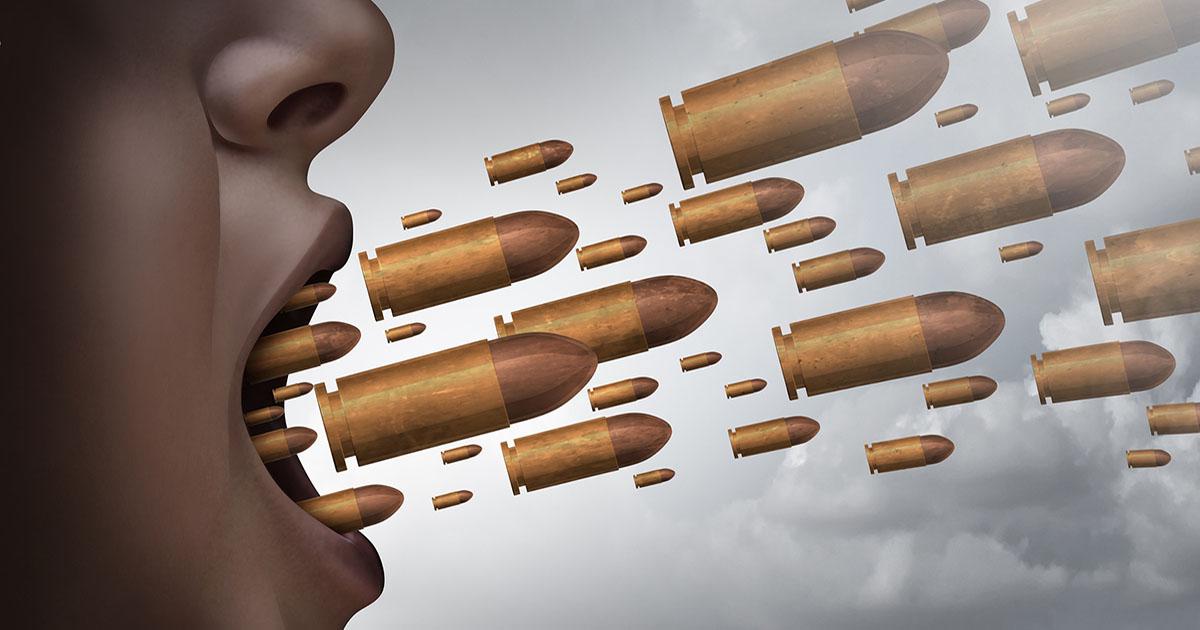 The keynote speaker at Princeton University’s baccalaureate service took aim at President Trump during his speech, implying that the administration espouses “poisonous rhetoric.”

Puerto Rican politician Eduardo Bhatia, who graduated from the university in 1986, delivered the main address at the pre-graduation service on June 3, implying that the Trump administration is responsible for fostering a harmful political environment in America.

"When we let public speech be dominated by discrimination, factionalism, fanaticism, authoritarianism, demonizing the other...the consequences are nefarious."

According to the transcript of Bhatia’s prepared remarks published by the university, the speaker began his address by praising Princeton's Honor Code, which he claims was designed to “confront an old and dangerous disease” that is “making its return with a vengeance: the culture of institutional lies; what is now called ‘alternative facts.’”

Referring to the anti-racist theme of Martin Luther King’s famous 1963 “I Have a Dream” speech, Bhatia argued that “more than 50 years later, the opposite notion seems to be resurging in today’s United States.”

When reflecting on mistakes of other countries, Bhatia also argued that “an emerging and troublesome climate of democracy and distrust seems to be brewing right here in the United States.”

“It is a very simple concept: you cannot have a democratic form of government if citizens distrust each other and if dishonesty is a form of life,” he added. “Believe me, what is happening is not good. Political discourse is losing contact with reality.”

“When we let public speech be dominated by discrimination, factionalism, fanaticism, authoritarianism, demonizing the other, cult of personality, religious intolerance,” he continued, “the consequences are nefarious.”

While a vast majority of Bhatia’s arguments and observations did not directly mention Trump, he frequently echoed common criticisms made by the political adversaries of the current administration.

“I am starting to hear too much of the same poisonous rhetoric that led in the past to heinous consequences,” Bhatia said. Channeling Abraham Lincoln’s Gettysburg Address, he wondered if “government of the people, by the people and for the people may actually perish” when the current public discourse is “based on so much information that is simply not true.”

Turning his attention to contemporary progressive activism, Bhatia saluted groups such as Black Lives Matter, the “women all over the United States in the [#MeToo] movement,” the “victims not only of senseless school shootings but of senseless gun legislation,” and the “thousands of excellent Latino students in our colleges and universities fighting not to be deported.”

“Look around America today,” Bhatia said, according to the transcript of his prepared remarks. “There are fighters out there confronting the culture of lies and alternative facts; telling the truth and reporting violations of vital principles and values, just like Martin Luther King and other leaders of the civil rights movement did in the 1960’s. Choose your cause and make your honest argument.”

Taking the opportunity to “salute my people of Puerto Rico,” the speaker reiterated that the “brave” activists “are saying enough is enough with this culture hostility, of confrontation and intimidation. And yes, the culture of lies.”

Bhatia concluded his address with a bilingual exhortation to the soon-to-be graduates. “El silencio no es opción,” he remarked. “Silence is not an option.”

“So, Class of 2018, denounce what needs to be denounced; fix what is broken; right what is wrong and do not allow anyone, regardless of their agenda, to use false data and pretenses to confuse citizens and weaken democracy,” he charged. “Be the vital voices to restore democratic principles. Don’t look elsewhere. It is you: the great Class of 2018! ¡Hablen, seniors, hablen! Speak up, seniors, speak up!”

UPDATE: University spokesperson Michael Hotchkiss told Campus Reform that "Princeton University has a history of inviting distinguished alumni to speak at the Baccalaureate service," adding that "Sen. Bhatia gave a powerful speech focused on service and integrity, both of which we believe are nonpartisan issues."