EXCLUSIVE: Kansas Sec of State not fooled by KU's excuses 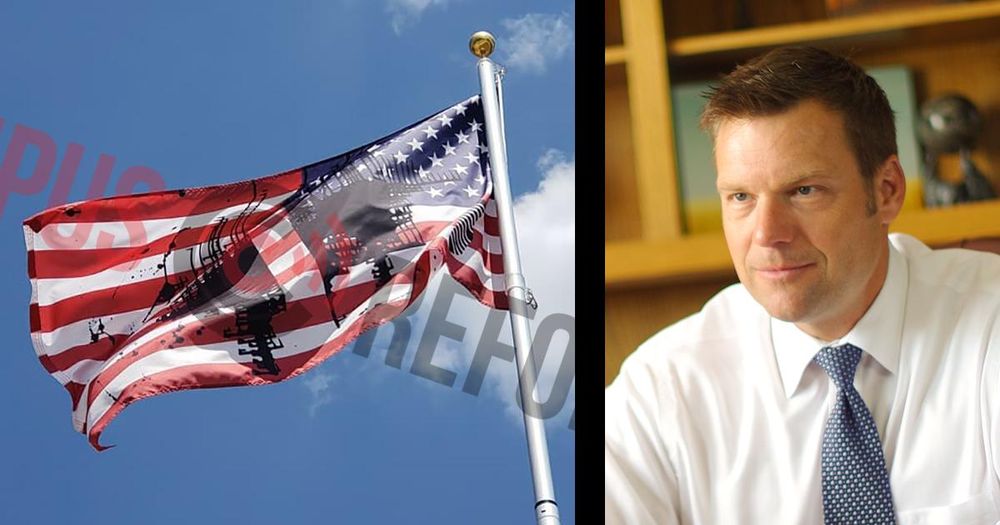 Kansas Secretary of State Kris Kobach is condemning the University of Kansas’ “superficial” response to the controversy over a paint-smeared American flag flying over campus.

“I think it’s outrageous and inappropriate that a taxpayer supported institution would display a desecrated American flag using the excuse that it’s art,” Kobach told Campus Reform. “It is entirely inappropriate.”

After Kobach and Governor Jeff Colyer both demanded that KU remove the “art display,” Chancellor Doug Girod issued a statement Wednesday evening saying that the flag would be relocated to the Spencer Museum of Art, a publicly-funded building elsewhere on the same campus.

When asked about the flag being moved to another campus location, Kobach emphatically said “that’s not good enough,” pointing out that the flag would “still [be] on display.”

“It’s still a desecrated flag that the university is presenting to the public. Whether it’s indoors or outdoors is immaterial,” he said.

Kobach also called the relocation “superficial,” arguing that there is no difference between displaying a desecrated flag indoors or outdoors.

“They want to continue displaying the flag, apparently,” Kobach remarked. “They just hope that patriotic Americans will shut up if it’s moved indoors.”

Chancellor Girod claimed in his statement that the disgraced flag is being relocated due to “safety concerns,” an explanation that Kobach readily dismissed.

“If [safety concerns were] the reason it was moved and it had nothing to do with the unpatriotic and inappropriate nature of the display, then that would suggest that the administration is not acknowledging at all the problem with displaying a desecrated flag,” Kobach observed.

“We will continue to make a public demand that it is removed entirely,” he promised.