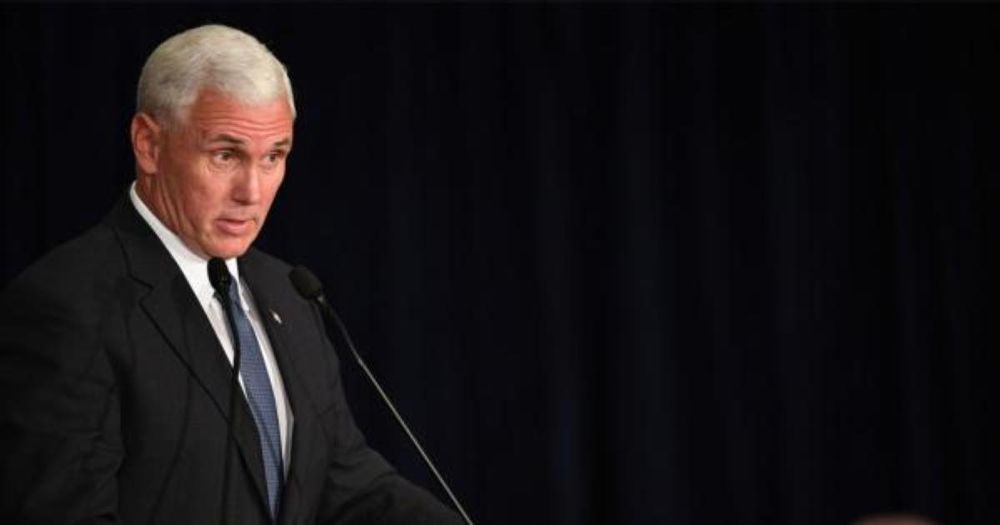 Students are demanding that Lee University in Tennessee cancel an upcoming appearance by Vice President Mike Pence because they disagree with Pence’s political positions.

The petition, started by student Cedes Harris, argues that Pence’s political views are directly at odds with the values of the Christian institution, asking on behalf of "concerned students, faculty, and alumni" that school administrators cancel the his scheduled appearance at Pangle Hall on July 21.

It offers seven reasons for why the event should be cancelled, three of which relate to Pence’s affiliation with America First Policies, a political advocacy group created to promote President Trump’s agenda.

“Both his involvement with the America First Policies organization and his exhortation of its values defy and ignore the following Christian values,” the list of complaints begins, citing Bible verses about caring for the poor and being hospitable to foreigners.

“America First Policies dehumanizes both refugees and immigrants who seek justice, liberty, and freedom from discrimination in the United States,” it continues, adding that “America First Policies, along with local sponsor Allan Jones, supports tax regulations and policies which will inevitably secure wealth for the middle and upper classes while further afflicting the working and poor classes of society.”

The petition then begins to accuse Pence of outright bigotry, saying he “supports actions and policies against the LGBTQI+ community which shames [sic] and suppresses [sic] this community in ways which are harmful and disrespectful.”

Moreover, it alleges that Pence not only “refuses to acknowledge overt police brutality afflicting the black community,” but that he also “actively supports the further militarization of police and ICE officers, putting all of the aforementioned communities at greater risk of unnecessary violence.”

As of press time, 327 had signed the petition, but Harris told Campus Reform that she is also organizing a protest of Pence’s speech to supplement the effort.

“I will be protesting the event,” she vowed, adding that she “expects a good turnout” because “students will be traveling from their hometowns.”

Even so, not everyone at Lee University is of the same mind as Harris, which she clarified at the school’s request in a disclaimer noting that the opinions expressed in the petition “do not represent the positions of all students and faculty nor of Lee University as an institution.”

“I say that hate speech isn’t constructive speech,” Harris told Campus Reform. “There are students who don’t feel comfortable nor safe with Pence or America First Policies stepping onto our campus.”

“Mike Pence is our Vice President and we ought as a student body to respect and feel honored to have him on our small campus,” said Alexa Hill, vice president of the Lee University College Republicans. “It’s important for a platform to exist whereby multiple viewpoints are welcome. When one seeks to curtail the enlightenment of another because there is a dichotomy of viewpoints; we find intolerance.”

Jerome Hammond, Lee University spokesman, assured Campus Reform that “Pence will be allowed and welcomed,” saying, “the university’s interpretation is that democracy is about learning to live together. It's a difficult process...learning to live with someone is hard.”

Hammond added that the petition “is a part of the working out of a democratic process,” observing that “we will have our disagreements but we must respect each other’s viewpoints.”

One thing Hammond made clear, though, was that “there will be ground rules [for the protest] which include no violence to others or property.”

Harris disavowed any destructive intent, telling Campus Reform that "I’m a pacifist and Vice President of our non-violent direct action club, Peacemakers. Everything we have organized and planned has been done in love and we have been in prayer for this since our university announced the event."

According to the Times Free Press, Pence’s event will begin at 11:15 a.m., with doors opening at 9:15. Harris is planning to get started even earlier, though, encouraging fellow protesters to arrive at 7:30.