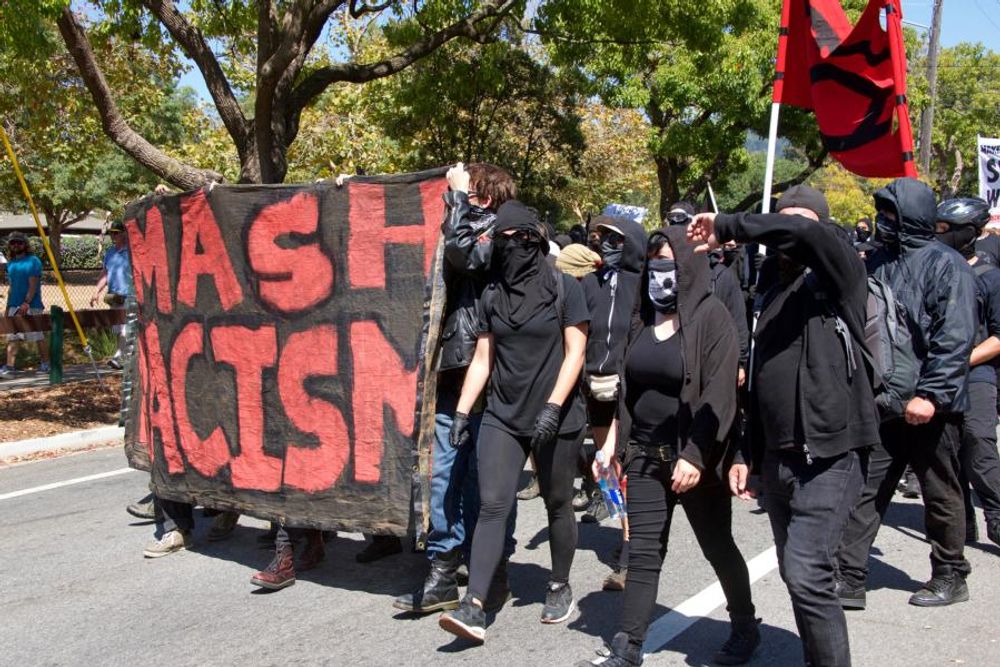 A University of Massachusetts Amherst student group organized a walkout on Wednesday, labeling “right-wing trolls" and "conservative apologists" as "THE ENEMY."

The UMass Students Against Fascism held a walkout against “right-wing terror” in response to recent developments they see as troubling, including the appointment of “rapist Kavanaugh” to the Supreme Court, as well as anti-Semitic and white supremacist terror attacks throughout the country.

“We are frightened and angry at the appointment of the rapist [Justice Brett] Kavanaugh to the Supreme Court, the Trump administration’s attack on trans rights, the fascist public beatings and antisemitic [sic] arson attacks in NYC, the white-supremacist murders in Kentucky, the antisemitic [sic] mass shooting in Pittsburgh, the sexist mass shooting in Florida, the growing threats of state and vigilante violence against the caravan of Honduran refugees traveling to the US border, and the list just keeps getting longer,” the group said in the event description.

UMass Students Against Fascism described the walkout as a place to honor those murdered recently, as well as a space “to resist fascist violence.” The group included a section labeled “THE ENEMY," under which read, “Fascists, right-wing trolls, conservative apologists, etc. are not welcome at this event or the LINK event. You have been warned.”

UMass Students Against Fascism also cited an incident that recently took place on campus involving the defacement of a stairwell sign with what appeared to be a Confederate flag. According to the Daily Collegian student newspaper, Dean of Students Cara Appel-Silbaugh wrote in a campus-wide email that “members of color” in the university community “live in fear due to racist threats of violence.”

Appel-Silbaugh also offered counseling to any students affected by the sign, but also clarifying that the campus police did not deem that the flag drawn “distinctly resemble[d] a Confederate flag.”

The Graduate Employee Organization, the university’s graduate student union, endorsed the event in an email to which Campus Reform gained access.

Campus Reform reached out to the University, the graduate student union, and UMass Students Against Fascism, but did not receive a response in time for publication.