In an interview with Campus Reform, Chow said there's a Christian community counting on her and that, "if I don't represent their views, who else will?"

The UC-Berkeley student senator who was disavowed by her own party over her conservative Christian beliefs is refusing to back down, despite calls for her to resign. 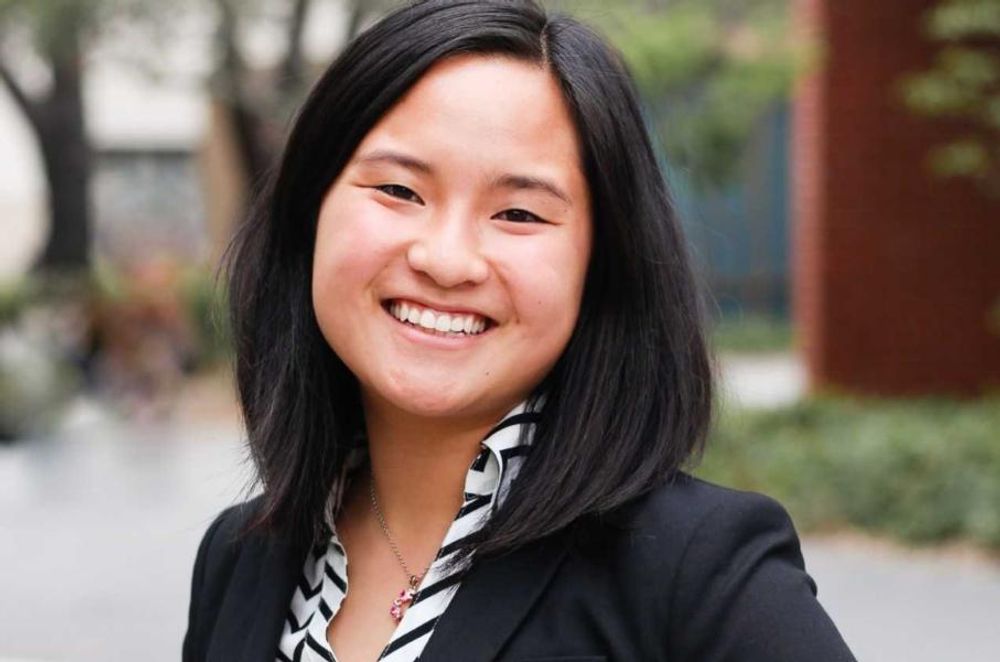 A University of California-Berkeley student senator is facing calls to resign after expressing her traditional Christian views.

Isabella Chow is an elected student senator who represents the Associated Students of the University of California party Student Action. But after choosing to abstain from voting on a resolution to oppose the recent Title IX changes proposed by President Donald Trump, Chow's own party disavowed her.

The proposed Title IX changes lack a legal definition of gender, effectively limiting “gender identity” to one’s physical sex, according to the Wall Street Journal.  The resolution before the Berkeley student government was a statement of opposition to these proposed changes, intended to display solidarity with members of the LGBT community, specifically "transgender, intersex, nonbinary and gender nonconforming students,” as reported by the independent student newspaper the Daily Californian.

Chow, who says she "campaigned very clearly as the candidate who would represent the Christian community” chose not to vote for the bill, stating that she could not do so "without compromising [her] values and [her] responsibility to the community that elected [her] to represent them.”

During an interview with Campus Reform, Chow said that she was “unprepared” for the reaction that she received after being disavowed by her own party.

"I didn't expect the backlash and misunderstanding to be so swift,” Chow said, adding that she believes said misunderstanding is one that comes from "a difficulty to reconcile how the traditional Christian worldview can espouse love and validity for all individuals and yet disagree with certain identities or choices.”

“At the end of the day, it's a belief in objective truth,” Chow explained.

Despite the fact that students are now rallying and displaying banners that read “Senator Chow Resign Now,” she says she views the events of the past week positively because they have sparked a dialogue within the Christian community at Berkeley surrounding LGBT issues.

“As a Christian, I believe that God redeems and he uses all situations for the good of those who love Him. There is so much happening, and even though it's been a really, really rough week for me, I know that God is working and I know that he is using this to strengthen the church, to awaken the church in a sense," Chow told Campus Reform.

Chow said if nothing else, she wants the controversy to further inspire dialogue within the Church.

Chow told Campus Reform that she has no intention of resigning, citing the importance of representing her Christian constituents.  “There's a Christian community and campus that has been praying for me and encouraging me throughout all this. And if I don't represent their views, who else will?"

In her original statement to student government, Chow prefaced her choice to abstain by stating "My God is one who assigns an immeasurable value to and desires to love each and every human being. In God's eyes and therefore my own, every one of you here today and in the LGBTQ+ community as a whole is significant, valid, wanted, and loved - even if and when our views differ.”

The Daily Californian refused to publish an op-ed written by Chow explaining her decision.  The publication rejected her submission on the basis that it “reinforces”  her original statement, which they claimed, "utilized rhetoric that is homophobic and transphobic by the Daily Cal’s standards.”

Chow asked how she could edit her piece in order to comply with the publication's standards but was told that because of its content "the submission as a whole doesn’t meet the newspaper’s editorial standards."

The paper cited a blurb on its website in its rejection email to Chow: "Op-eds that are deemed libelous, racist, sexist, homophobic, or highly offensive in any other manner will not print."