High time for high court to hear free speech case? Some think so.

Two courts have ruled in USC's favor, but Duke University and Arizona State University want the case to go to the Supreme Court.

Students at the University of South Carolina sued their school after USC sanctioned a student because of his participation in a free speech-themed event the school had previously approved. 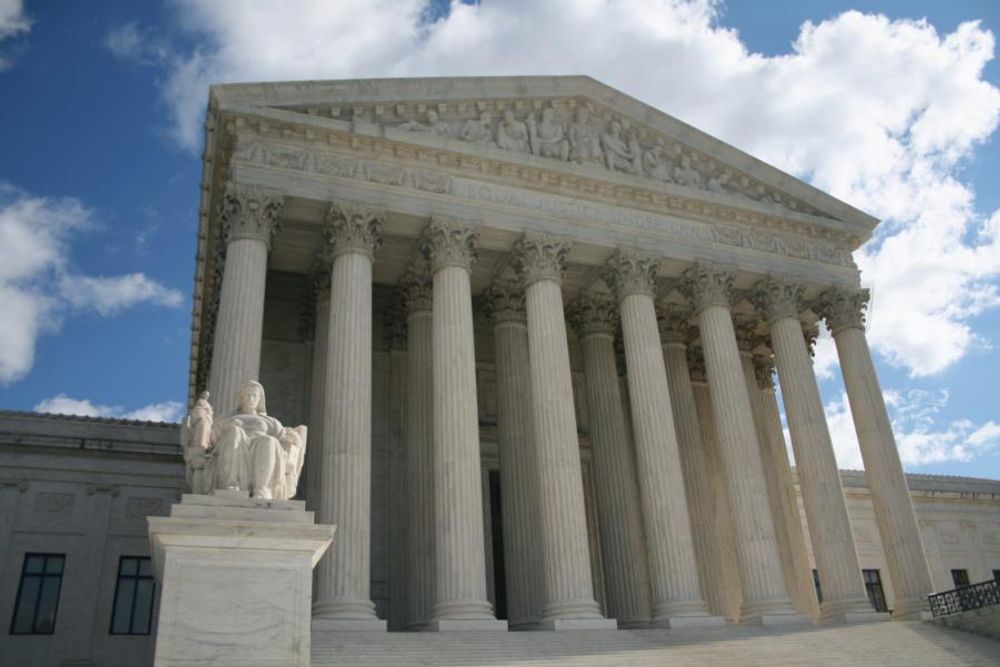 Lawyers from First Amendment law clinics at Duke University and Arizona State University filed a brief arguing that the U.S. Supreme Court should hear a case involving a free speech demonstration at the University of South Carolina.

Members of the College Libertarians and Young Americans for Liberty (YAL) hosted a free speech demonstration at USC in November 2015. The event was aimed at combating censorship on college campuses, according to Student Press Law Center.

One poster held by the USC demonstrators displayed a swastika, referencing an incident in which George Washington University suspended a student and briefly deprived him of his housing after he displayed a bronze swastika to educate his fraternity regarding the symbol’s history.

USC administrators investigated the College Libertarians’ and YAL’s display because of complaints and the students were forced to attend a meeting with administrators, even though the university gave the libertarians prior permission to host the event.

The students sued the university administrators, alleging that they violated their First Amendment rights.

They wanted the university to stop enforcing policies in an attempt to chill speech, as well as force USC to delete records of the complaints, according to the Student Press Law Center. But the U.S. District Court of South Carolina sided with the school, as did the U.S. Court of Appeals for the Fourth Circuit subsequently, according to The State and FIRE.

However, new amicus briefs filed by the CATO Institute, the South Carolina chapter of the ACLU, Reason Foundation, as well as the Duke & Arizona State University First Amendment Law Clinics may give light to the case. The briefs all argue that the issue should be taken up by the Supreme Court, an action which would require four Supreme Court Justices to consent to hear the case.

Policies enforced at USC have the potential to curb protected speech, according to a press release by Duke Law.

“Policies like those enforced at the University of South Carolina have the potential to needlessly chill speech on campuses across the country,” the press release states. “Indeed, the clinic’s amicus brief cites numerous examples of similarly problematic speech codes at other public universities in explaining to the court why it should provide guidance on this issue.”

Nicole Ligon, a Supervising Attorney and Lecturing Fellow at the Duke First Amendment Law Clinic, told Campus Reform that the clinic filed the brief because it believes that, if it hears the case, the Supreme Court could give “much-needed guidance” on the issue of free speech to colleges and universities.

“We believe that, if certiorari is granted, the Court’s decision, in this case, would provide much-needed judicial guidance as to the appropriate limits of campus speech policies,” Ligon said. “Such guidance would help prevent public postsecondary institutions from enacting and/or enforcing overbroad or vague speech codes in the future.”

The attorney also said that the court’s guidance is necessary to ensure that free speech is protected on college campuses.

“The First Amendment Clinic at Duke Law submitted a motion for leave to file an amicus brief in this matter because we believe that the Court’s guidance is needed to ensure that the constitutional guarantee of free speech is not unduly restricted at public postsecondary institutions,” Ligon told Campus Reform. “Given that such educational institutions play critical roles in the development of students’ ability to effectively contribute to public and intellectual discourse, the Clinic felt it was important to urge the Court to weigh in on this issue.”