Watch the full video to hear what students at one of the nation's most prominent evangelical schools had to say. 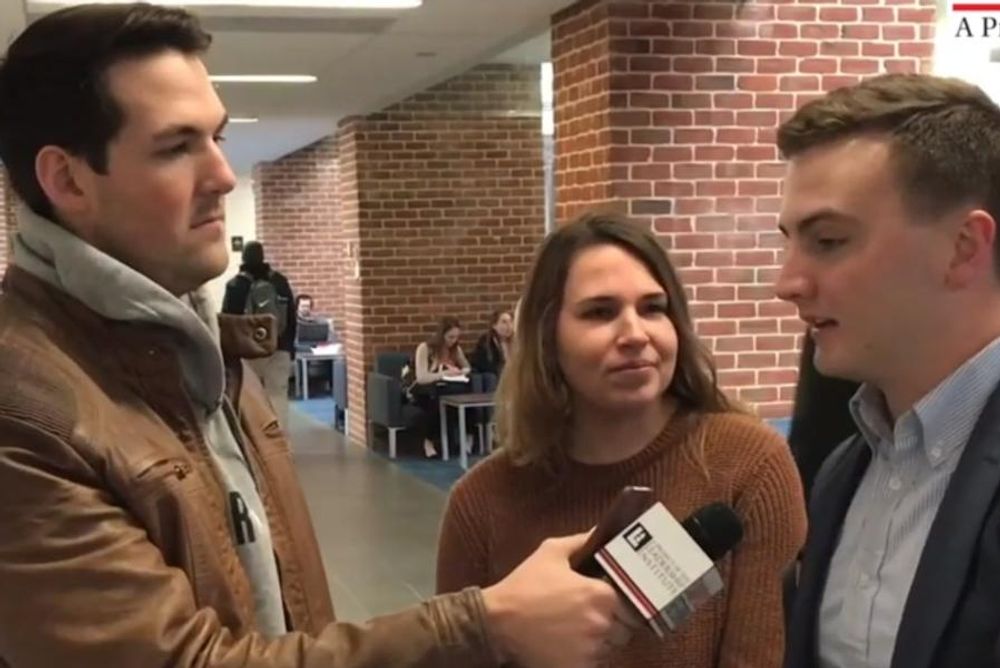 Campus Reform's  Cabot Phillips has traveled to over one hundred college campuses talking to students about everything from politics to pop culture.

The students he speaks with almost always consider themselves to be liberal, and it can be hard to find conservative students, let alone ones who are willing to go on camera to share their often unpopular opinions.

As a result, the opinions of young conservatives often go unheard or misrepresented.

Wanting to give conservative students a chance to set the record straight, Phillips headed to Liberty University in Lynchburg, Virginia, one of the most prominent conservative, evangelical private schools in the country, to let students there describe their beliefs in their own words.

What are the most common misconceptions people have about them? Why do they believe what they do?

Watch the full video to hear what they had to say:

Cabot Phillips is the Editor-In-Chief for Campus Reform. Prior to joining Campus Reform he spent time working on numerous campaigns—most recently as the Digital Grassroots Director for Marco Rubio’s Presidential bid. Phillips is also a YouTube Partner, creating and starring in numerous videos which have amassed over 70 million views across varying online platforms.  In 2016, Phillips was named to Red Alert Politics "30 Under 30" list of the na…