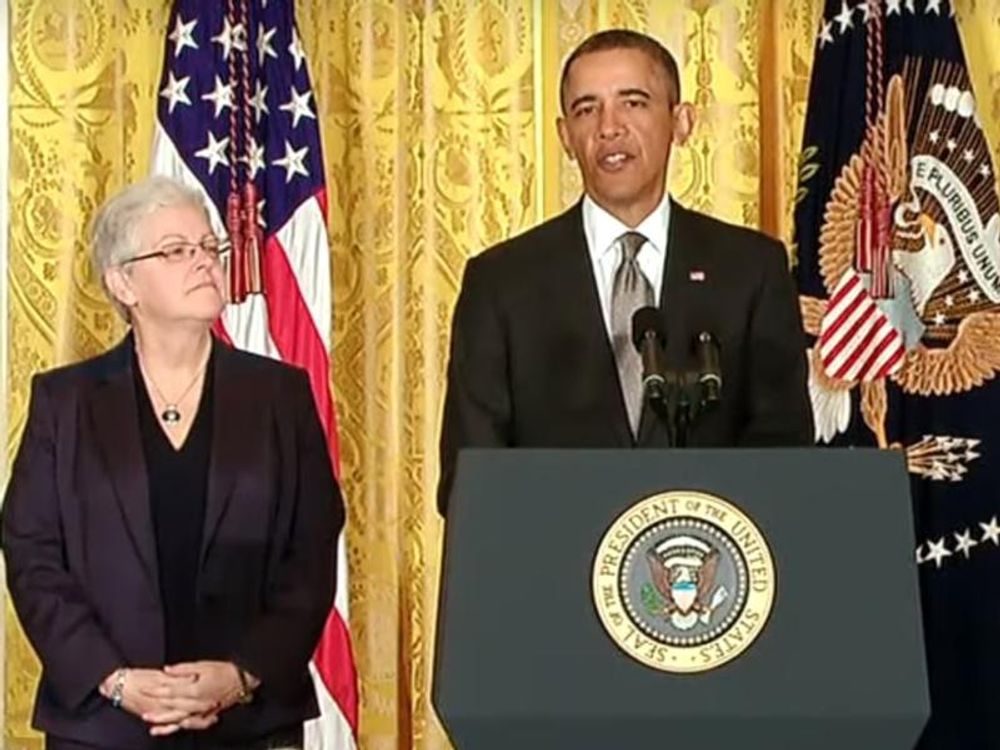 With the support of a former Obama administration official, Harvard students, faculty, and alumni are calling for the university to divest from all endowment holdings related to the fossil fuel industry.

In a statement, reported by the Harvard Crimson, McCarthy said, "it is time for Harvard and other Ivy League schools to divest. They know better. Get over it. Move forward.” The former Obama administration official added, “it’s time for Harvard Corporation’s investment policies to match the University’s commitment to science, to its scientists, to our shared values, our views of the students, the faculty, the alumni to put Harvard's money where it belongs — in the future and not in the past, in clean energy and not fossil fuels."

HUEJ also weighed in, stating, "we only get one Earth. It's up to us to protect our planet and all of its inhabitants from the damaging effects of the fossil fuel industry, a chief perpetrator of climate change, by pushing for divestment. If Harvard divests, we show the country and world that we refuse to be complicit in this industry's continued war on human and environmental health.”

Harvard spokesman Jonathan Swain responded to HUEJ in a statement, saying, "the University’s position, as it has stated previously, is that it should not use the endowment to achieve political ends, or particular policy ends.”

“As President Larry Bacow has said,” Swift continued, “the University agrees with the urgent need to tackle climate change and has valued the opportunity to discuss the issues with members of the community.”

Harvard president, Larry Bacow, has been criticized and protested by divestment groups in the past.

Heat Week, which began on Earth day, has several tabling sessions, panels, and speeches scheduled covering the “climate crisis,” environmental legislation, and community organizing. Massachusetts state Sen Marc Pacheco is set to speak Tuesday about the Green New Deal and the United Nations report on climate change among others.

The week of protests is set to end Friday with a “Flood Harvard” rally and a climate vigil.

“Flood Harvard will be the final, largest political action of this year's Harvard Heat Week. For this event, we are calling on our peers and adult allies from around the nation to stand with us in our fight for climate justice and a more sustainable and equitable future for all,” the event page states. “We are demanding that, through immediate divestment, Harvard show the leadership that our campus, the greater Boston community, and our world expect.”